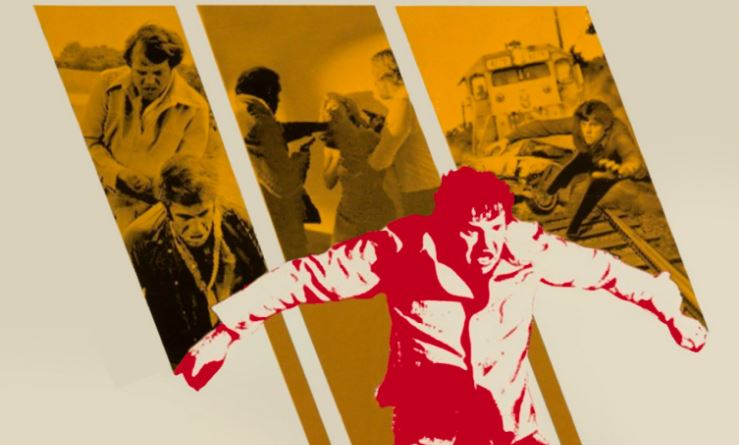 Framed is nothing spectacular, but it’s a worthy action/revenge movie from the ’70s.

Synopsis: A gambler kills the sheriff of a small village in an accident. But as nobody believes him, he is condemned to a long sentence in prison.

Review: Whoever gave Joe Don Baker his first leading man role had some cojones. Baker was a big lug with an awkward twang of an accent, especially in his prime, and to give him a leading man role was going out on a limb, as far as I could tell, but you know what? He always pulled it off. In Walking Tall he personified the hometown hero perfectly, and here in Framed he’s every bit the everyman caught in the crossfire of a cover up, and when he gets shafted for a crime he didn’t commit (and partly because he killed a policeman with his bare hands in self-defense), he’s sent to prison in a plea bargain deal for four years. He was a gambler and card shark before being sent away, and so while in prison he builds a reputation for knowing when and how to gamble, and after making friends with a big cheese Mafioso behind bars, he becomes almost untouchable. When his four years are up, he stakes his life on finding out who and why he was framed in the first place, and in order to reclaim his honor, he must not flinch in taking down the dirty cops and politicos who threw him under the bus for a bag of cash he was carrying the day he was framed.

This movie is really about watching Joe Don Baker be the brute of a man he is. In his first brawl (there are several in the movie), Baker takes a heck of a beating in a very realistic fight scene, but he doles out more than his share and ends up victorious in one of the bloodiest and most brutal fisticuff fight scenes I think I’ve ever scene. It compares to the famous fight between Keith David and Roddy Piper in They Live. Other fight scenes with Baker involve him taking other dirty cops and hooligans down (in one scene he shoots the ear off a guy), and he always gets the better of his opponents. The movie itself is nothing spectacular, but it’s a worthy action/revenge movie from the ’70s. It’s from director Phil Karlson.

Kino Lorber’s new Blu-ray of Framed was just released, and it looks nice in high definition, with crisp, filmic images in widescreen. The previous release from Paramount didn’t look this good, so grab a copy and add it to your collection.