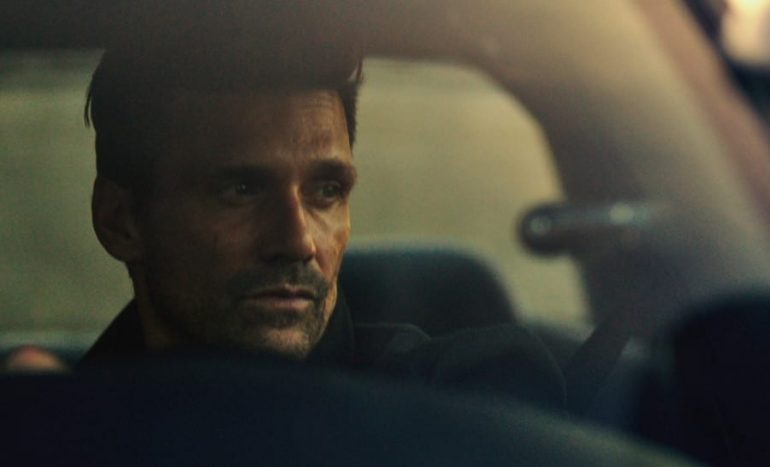 With a ‘tough guy’ aura and legitimate talent that brings to mind screen greats like Robert Mitchum and Charles Bronson, actor Frank Grillo is the very definition of “an overnight success after twenty-five years”. Starting his acting career in 1992, Grillo worked mostly in television and smaller film roles up until his breakout performance in the hit 2011 sports drama WARRIOR. Since then Grillo has been in high demand and leaving lasting impressions every time.

He has appeared in numerous films like THE PURGE: ANARCHY, THE GREY, WHEELMAN, WOLF WARRIOR 2, and many more. His role of Brock “Crossbones” Rumlow is even one of the few recurring villains in the Marvel Cinematic Universe as he has appeared in three of those films, most recently the ultra-successful AVENGERS: ENDGAME.

I had the chance to speak with Frank recently about his career and his two latest projects: the buddy action comedy POINT BLANK and the southern crime noir INTO THE ASHES.

What do you look for when choosing projects?

I look for quality, and script, and personnel, but mostly I just really try to make as much money as I can.

I’m just joking. No, it’s the script, and director, and obviously the cast and stuff like that. But yeah, I mean that’s basically the criteria. It’s kind of simple.

What is your process for bringing characters to life?

It differs from character to character. Some things … I could do it falling off a log, and then others – I need to do a lot of research, and kind of discover the person. But each role, it’s different. It really is.

Let’s talk about it in the terms of the films you’ve had come out recently, INTO THE ASHES and POINT BLANK.

POINT BLANK is something that Joe [Carnahan] and I partnered with a French company called “Gaumont” for. They owned the original film (2010’s À BOUT PORTANT). Joe, and our friend, Adam Simon, rewrote the script [once we had the rights]. We changed a bunch of things.  Joe and I were the producers of the film, from the inception, from the idea, to the execution. We just screened it at Netflix, and people seemed to really love it. And yeah, so it’s a next level step for me, being a producer with Joe, and our company has been wanting to execute these kinds of films at a certain price point. So, it’s an exciting time for us. Plus, I can still go and do little movies like INTO THE ASHES, which we also produced and I get to go hang with some friends on things like that. It’s really a smorgasbord.

Tell me about your creative relationship with Joe Carnahan. What is it like collaborating together?

You know what, it’s like playing ‘Cowboys and Indians’ with your best friend every day. Joe and I met a long time ago, on a movie called PRIDE AND GLORY that Joe co-wrote with Gavin O’Connor, and we became friends. And then I did THE GREY with Joe, and we became really good friends. We’ve always kind of gravitated towards each other. We’re both psychopaths. And then WHEELMAN came around, and it solidified Joe and I’s desire to work together, because we work together better than I think any other two people that I know in the business at the moment, in the type of things that we do. Now we’re moving onto our fourth movie. We’re going to go do THE RAID. We’ve done a television documentary series (Netflix’s FIGHTWORLD), we’ve helped produce other movies. So, we’re simpatico and we’re excited for the next kind of leg of our journey together, at “War Party” (their production company). You mentioned THE RAID remake. I know that project has been in development for a very long time. Can you share any details on where that project is at currently?

Yeah, I mean it really has… It was in development at Sony for a long time. Joe and I, as a company, took the movie on about a year ago.  Joe rewrote the script, and is directing the movie. We signed a big overall deal with a company called “Starlight”, out of China. We’re probably looking at the top of the year to start filming, probably around November to start pre-production. But that’s our next one… We have BOSS LEVEL (also directed by Joe Carnahan) coming out sometime next year, but THE RAID is our next big project that we’re doing on a theatrical front.

I’m looking forward to it. The original film is beloved but I think that reimagining it is a good choice. No one wants to see a full recreation of the original but looking at it through an American point of view is an interesting take on the material.

Yes, exactly right! That’s a great way to put it. Listen, THE RAID, for me and Joe, is a dream come true, because Joe and I will now get to create fights in the film that you’ve never seen before, much like the first one did with the Silat [martial arts techniques]. So, that’s why Joe and I are still amped about it. Not only is it an amazing script, it’s a much deeper story than what was in the original film, but we’re going to recreate something that’s going to hopefully … not get people to forget about the original movie, but not compare it unfairly.

You are becoming an actor known for his action roles. So, just for fun, which do you prefer: filming fight scenes or car chases?

I love fight scenes, man. I really do. I’m a big part of the choreography of my fight scenes, because to me to do fight scenes well in a movie, it’s like great dialogue. I mean there’re a lot of bad fight scenes in movies. Sloppy, and they’re kind of gratuitous. I like to try to create fight scenes that pair well with the story – with the dialogue, and be as visceral as the work should be. So, it’s a challenge, and I love doing it. I mean car chases are great too. They don’t let me into the car chases a lot of the time though, I’m not allowed to be in the car. [laughs]

But fight scenes, I’m allowed to do. I love it. Who are some of your acting heroes?

My heroes have stayed the same [throughout my life] because of what they were on the screen. It starts with guys like Spencer Tracy, Paul Newman, Charlie Bronson, and Lee Marvin. And then later on, I can’t discount what Sly Stallone’s effect was to cinema, and Burt Reynolds. Guys like that who maybe weren’t taken seriously, because they were handsome, and masculine, but were phenomenal – PHENOMENAL actors. What those guys pulled off, they made it look so easy and fun, that people discounted their abilities, which was a big mistake. I think those are some of our finest actors. Listen, Kenneth Branagh could go do as much Shakespeare as he wants, it’s Shakespeare. You know what I mean? It’s supposed to be good… But when you take SHARKY’S MACHINE, with a guy like Burt Reynolds or THE LONGEST YARD, and you watch what Burt does with it, to me, that’s Shakespeare. Those are the guys I continue to admire as an actor.

I completely agree. Okay, one last question. A lot of people don’t realize did you did a lot of TV work, before your film career took off. What was one of your favorite early TV roles?

I used to be the guy who said I hated being on a soap opera. But now that I look back at it, one of my favorite TV things was to be on a soap opera. It taught me a lot, it really did. It made me appreciate the discipline of what it is to be an actor, and how difficult it is to take something that is not really good and make it believable, I mean at the very least, just make it believable. In my life now, sometimes I’m handed the most amazing scripts, that’s why I’m working with my partner as an agent, because I get to read great work and beautiful scripts. That has not always been my path. So what the soap opera taught me was how to make things that aren’t really that great just believable. Not to make myself great, but to make it believable for the story. So my favorite TV job was being on that soap opera, GUIDING LIGHT. Plus I was in really good shape. [laughs]

[Laughs] That’s a great answer and, I think, a perfect place to wrap up. Congratulations on both POINT BLANK and INTO THE ASHES. I wish you nothing but success and thank you for carrying the torch for actors like Charles Bronson.

Love it. Thanks so much, man. Listen, the support means the world [to me].

Well, I mean it. Keep making cool movies and we’ll keep watching and supporting them. 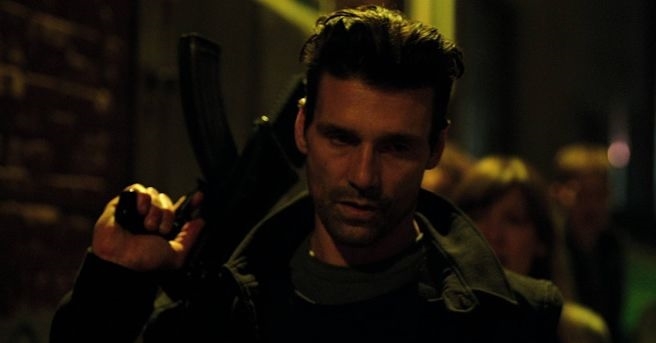