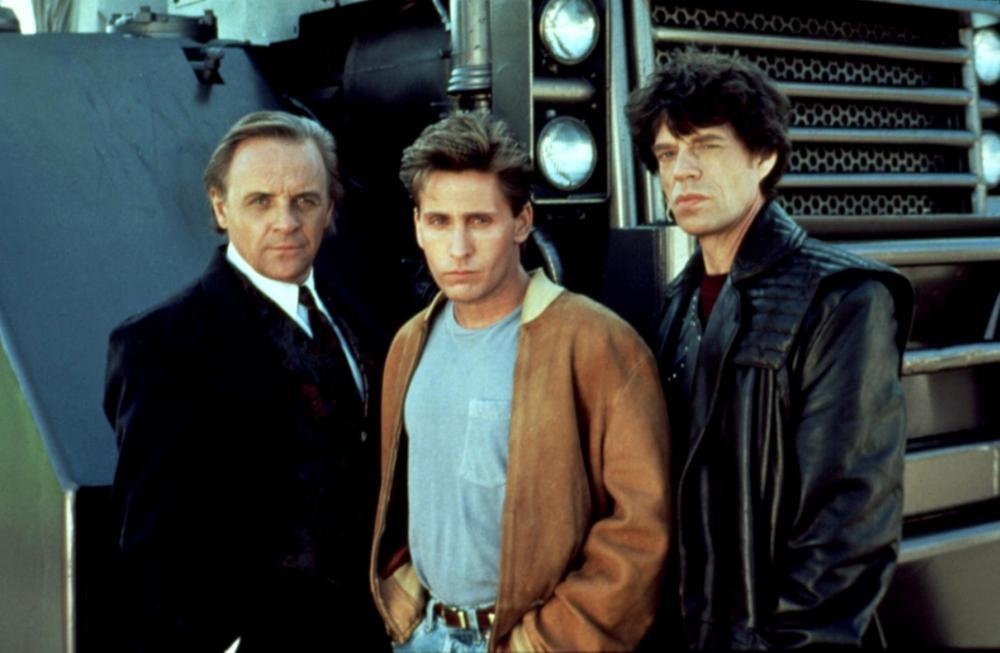 Plot: In the year 2009, the super-wealthy gain immortality by hiring “bonejackers,” mercenaries who use time travel technology to snatch people from the past, just prior to their deaths. Their bodies are then taken over by the rich to extend their lives. Those who escape bonejacking, known as “freejacks,” are considered less than human under the law. In this dystopic future most people suffer from poor physical health as a result of rampant drug use and environmental pollution, making them unattractive as replacement bodies.

Review: This film got an overwhelmingly negative response when it hit theatres in 1992, but I have always had a soft spot for it. Maybe it is because I love the combination of action and sci-fi, or maybe it is because of my undying love for Rene Russo. Either way ‘Freejack’ ticks all the boxes.

The story is a loose adaptation of Immortality, Inc., a 1959 novel by Robert Sheckley. In this future, everything is for sale and if you are old or dying, they can steal you another body into which your consciousness can be transported (via the ‘spiritual switchboard’), for a price. Emilio Estevez plays Alex Furlong, a race-car driver whose body is ‘bonejacked’ by mercenary Victor Vacendak (Mick Jagger), right in front of the crowd which includes his girlfriend Julie (Rene Russo). When something goes wrong, Alex is alone and on the loose in 2009. Pursued by Vacendak, he tries to track down Julie in hopes of getting help from his old flame. This of course, is where it all goes sideways.

Freejack is essentially a ‘chase’ film. Alex is constantly on the run, never knowing who to trust and trying desperately to adjust to a future that he has been thrust into. Estevez is perfectly cast as Alex. He has the right mix of naïvety and bravado to make him a likeable hero. Rene Russo does a great job with the role she has been given. With her model looks and angular features, she manages to create a nice balance of loving fiance and ice queen – at times never letting us in on which is which. Anthony Hopkins is Anthony Hopkins. No real surprises or major acting challenges here. His role as uber wealthy Ian McCandless, is mostly delivered via a Star Trek inspired view-screen, only showing up in person in the final act. The person who really steals this film is Mick Jagger. Having never been a fan of The Rolling Stones, I was a bit wary when I saw he had a major role, but his performance came as a real surprise to me. As a bad guy, Jagger tears up the screen as Vacendak. Hard as nails but with a sly smile, Jagger looks like he is really having fun here.

It is not a perfect film. Some of the effects, as with many films from this era, do not hold up that well and can be a bit greenscreen-ish. Rene Russo has not aged a day when we find her in 2009. (Though that may be down to good genes or a daily regimen of Nivea Q10 – ask your wife or girlfriend.)

Freejack is directed by New Zealand director Geoff Murphy, who previously directed Young Guns II and went on to direct Under Siege II: Dark Territory and Fortress 2. In addition, he was 2nd unit director on all three Lord of The Rings films.

Overall, I would say Freejack is definitely worth a look. It falls nicely into that group of films that came along in the early 90s that still have that bit of whimsy some of the best action films from the 80s gave us. (Another good example of this is Emilio Estevez’s film ‘Judgement Night’). If you enjoyed ‘The Running Man’, odds are good you will enjoy Freejack.

So find this film before someone from the future decides they want to find you!