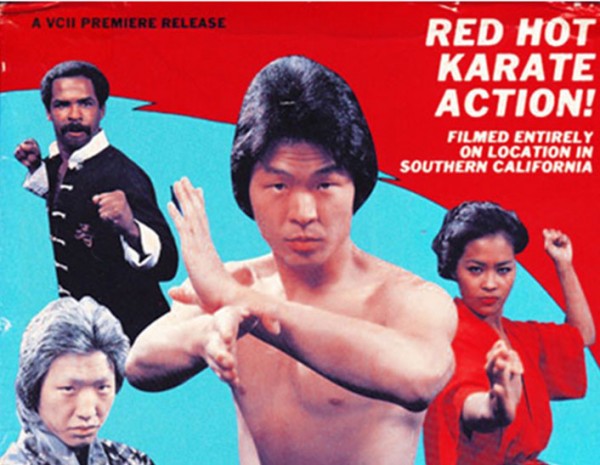 Furious is diverting entertainment with plenty to enjoy; it’s nothing spectacular but fun for fans of the Rhee’s.

Review: An introspective fighter named Simon (Simon Rhee) lives in the wilderness with a band of children, whom he trains (silently) in Kung Fu. His mate is killed by a mountain man who is after a piece of an amulet which, when connected with two other pieces, forms a magic talisman. Simon leaves the comfort of his haven of rest and embarks on a spiritual journey, which leads him to the city, where a cunning Spiritual Master (Phillip Rhee) lives and is surrounded by followers.

Spiritual Master (his character’s name) gives Simon plenty of advice and wisdom, but it’s all to fool him into relinquishing his piece of the amulet. When Spiritual Master reveals himself to be evil, Simon follows him to the end of the world where they have a fantastical battle over the magic talisman.

Shot in seven days and featuring early film roles for the brothers Rhee, Furious is a lost curiosity that has been all but forgotten. It has the feel of a student film, with abstract, odd touches like having one mystical character shooting chickens from his fingertips, and other characters behaving strangely (like, why does Simon live with a bunch of children in the wilderness?). Religious and mystical elements abound.

It’s interesting to see the Rhee’s in the early stages of their careers. It appeared to be that Simon was being groomed to be the action star, and Phillip was relegated to be a second-tier supporter, but as things turned out Phillip became the star with his Best of the Best series and Simon became his support. Look fast for future action star Loren Avedon (King of the Kickboxers) as a martial arts fighter. This was released theatrically in the U.S. for a week. A VHS release happened, and then it faded into obscurity. Two versions of this film exist: One with a classical music underscoring, and the other with more upbeat music from porno movies. I saw the version with the classical music.

Tim Everitt, the director, provides an informative audio commentary on the brand new DVD release, courtesy of Leomark. The picture quality of the disc looks like a VHS-era analogue transfer, which leaves much to be desired when watching on a high definition television, but if you’re viewing the film on a tube TV, then it looks cleaner and more defined. The disc has some features that are fun exploring. There are trailers and a making-of interview with director Everitt.