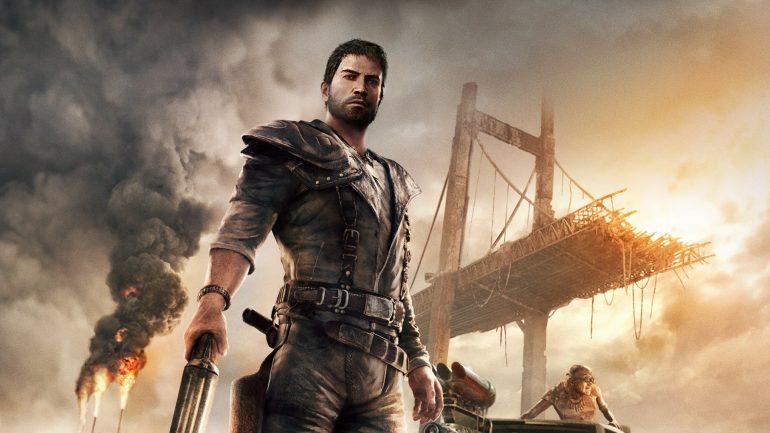 Games Based on Movies That Will Give You an Adrenaline Injection

What could be better than sitting down on your couch with some popcorn to watch some of your favourite action movies? How about getting to experience those movie-worlds firsthand by delving into their incredible video game adaptations?

Sometimes the crossover from movies to video games (or vice-versa) can be a rough transition, where the creators just reskinned the theme without actually bringing the world to life.

Have no fear because today we’ve grabbed some of the absolute best movie-based video games to share with you that are true to the source material, epitomizing everything we loved about the movie in the first place.

Ready? Then buckle up.

Rather than being based on a particular movie, Star Wars: Knights of the Old Republic was actually based on a Dark Horse comic book called Tales of the Jedi that ran in the mid-90s.

The video game adaptation was a genre piece that put players in the driver’s seat to tell their very own Star Wars stories. In this epic action-RPG (role-playing game), your favourite franchise is yours for the retelling.

Enter a world of boundless Jedis and evil dark lords, where players can experience all that the Star Wars universe has to offer. Playing unforgettable characters like Darth Revan (remember that killer plot twist?) Darth Malak, Bastila Shan, and force choking anyone who talked too much, this video game definitely had it all.

Finding redemption or turning to the Dark Side was never so much fun. I’m sure we can all agree that the game’s storyline is still better than most of the recent or in-production movies.

This open-world gaming experience offers so much more than desert drag racing and vehicle customization. Meet zany (and psychotic) characters that are leagues ahead of traditional NPCs (non-player characters), go on challenging and eye-opening quests, and invade enemy strongholds along the way.

The vehicular combat, though, is what really sets this game apart (and turns the action up to 11). Together you and your tricked-out death machine, Magnum Opus will scour the wastelands, destroy enemies, and journey to the end of the world.

Stalwart Alien fans were crushed after a series of terrible spin-off games and then again when Colonial Marines disappointed everyone in 2013. Luckily, spirits were lifted the next year with the release of Alien: Isolation. This terrifying, survival-horror nightmare was the perfect embodiment of the original movie’s aesthetic.

Strap-in for an unnerving adaptation that pits you against all of your worst fears and psychoses. Not only can you never kill the Xenomorph that hunts you, but you know the AI of the alien will eventually find you, no matter where you run or hide.

Play as Ripley’s daughter, Amanda, who is searching for her mother in this creepy, psychotic game of cat and mouse where claustrophobic horror is the name of the game. If your heart isn’t racing for this one, you’re playing the wrong game.

If you’re into movie-based video games and are looking for a different kind of adrenaline, definitely check out some of the best slots inspired by our favourite movies. Not only do you get to enjoy a great game in your cherished fandom, but you might actually make some money doing it.

Movie-based slot game creators assemble the best characters, music, and scenes from films to design a gaming adventure second only to the movie itself. The possibility of a high payout doesn’t hurt either.

For the most action, best production value, and superior graphics, make sure to check out:

Hold your breath, cross your fingers, and make sure you’re wearing your lucky socks because you’re in for one hell of a ride.

Getting to relive your favourite action, adventure, and horror movies through a video game is one of the coolest experiences — when it’s done right. These awesome movie-based games are sure to get even the most-jaded movie critics’ blood pumping.

GoldenEye 007 — an oldie but a goodie. Transport yourself back to 1997, a simpler time when Nintendo64 was the most popular console, the Spice Girls were on the radio, and Titanic was smashing the box office.

The debonair James Bond (played by Pierce Brosnan at the time) was recreated beautifully in this sleek, action-packed game that is still the gold standard of multiplayer first-person shooters. Even the movie’s sequence of events are on-point in this historic, split-screen, espionage thriller.

Although it’s topped the lists of best N64 games ever made, the old-school graphics and absurd controller design make it a hard game to go back and play after all this time. Luckily, it’s been rebooted by Source Engine and is available to download and play on a PC for free.