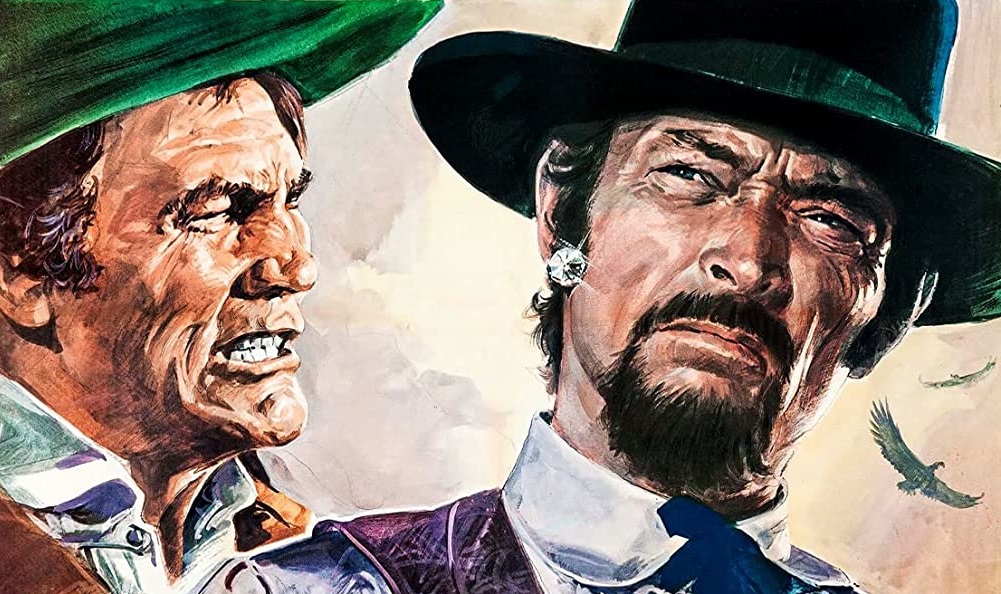 God’s Gun is a bit heavy handed with its themes of vengeance and retribution, but it’s an adequate enough western done in the spaghetti style.

Plot: A town preacher is killed by a gang, but the preacher’s twin brother comes to town for revenge.

Review: Father John (Lee Van Cleef) founded a small town and built it up from scratch, giving the town hope and a purpose. He holds mass every morning, and his altar boy is an earnest kid named Johnny (Leif Garrett), whose mother Jenny (Sybil Danning) runs the local saloon and brothel. When the Clayton gang rides into town, they immediately start raping and pillaging, and when they murder an innocent man, the only person who stands up to the gang is not the sheriff (Richard Boone), but Father John, who incites the wrath of Sam Clayton (Jack Palance), the leader of the ruffians. Father John is gunned down on the street, and with no one to keep the peace in town, the Clayton gang takes over and do as they please. Johnny goes on a quest to find Father John’s brother and when he finds him, he’s stunned when Lewis (also played by Van Cleef) turns out to be John’s twin! Johnny, who’s become a mute, manages to convince Lewis to come to town to help avenge Father John’s death, and when Lewis rides into town for vengeance, the Clayton gang is in for a shock when they think Father John has returned from the grave to kill them!

Filmed in Israel and produced by Menahem Golan and Yoram Globus before they became better known as the guys who put Cannon on the map, God’s Gun is a bit heavy handed with its themes of vengeance and retribution, but it’s an adequate enough western done in the spaghetti style. Director Gianfranco Parolini (as Frank Kramer) doesn’t seem too comfortable establishing a tone that resonates, and he relies very heavily on an overbearing score that undercuts any sense of drama the movie might’ve had. Van Cleef and Palance are okay in the movie, but don’t elevate it any more than the movie needs, and co-star Danning is quite beautiful in the film, and tries giving the role a little panache, despite being underwritten.

God’s Gun has just been released by Kino Lorber in a Blu-ray edition, and it comes to high definition in a nice 2K transfer, with a new audio commentary by filmmaker Alex Cox, and the trailer. 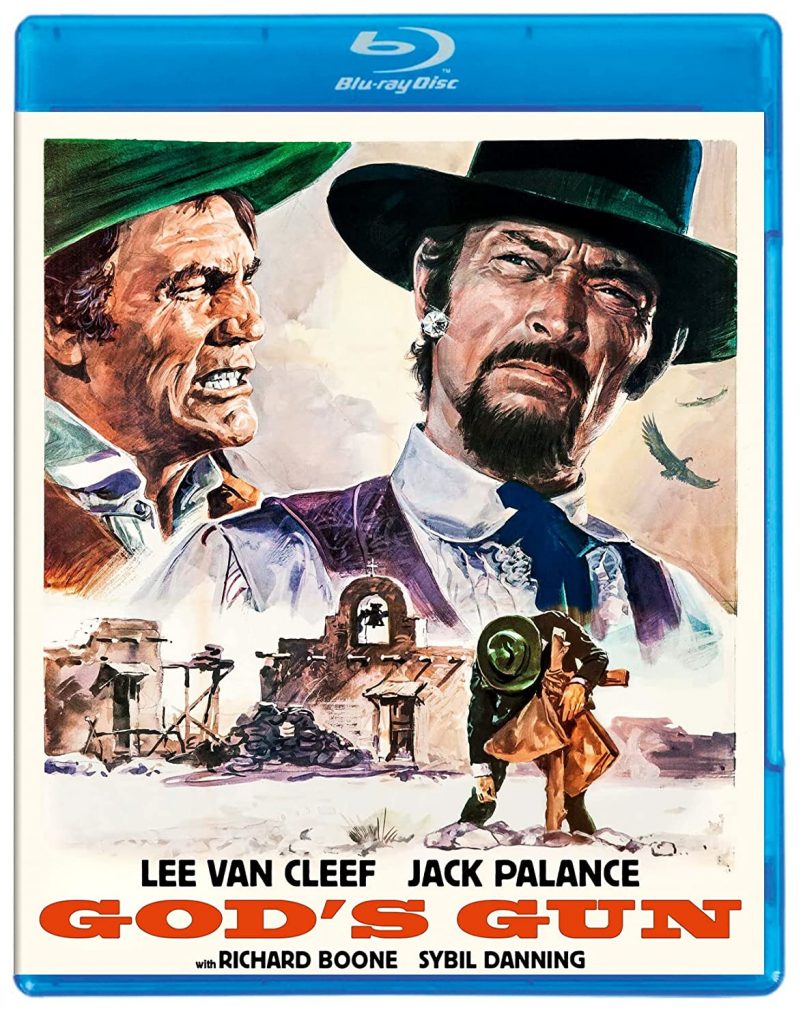