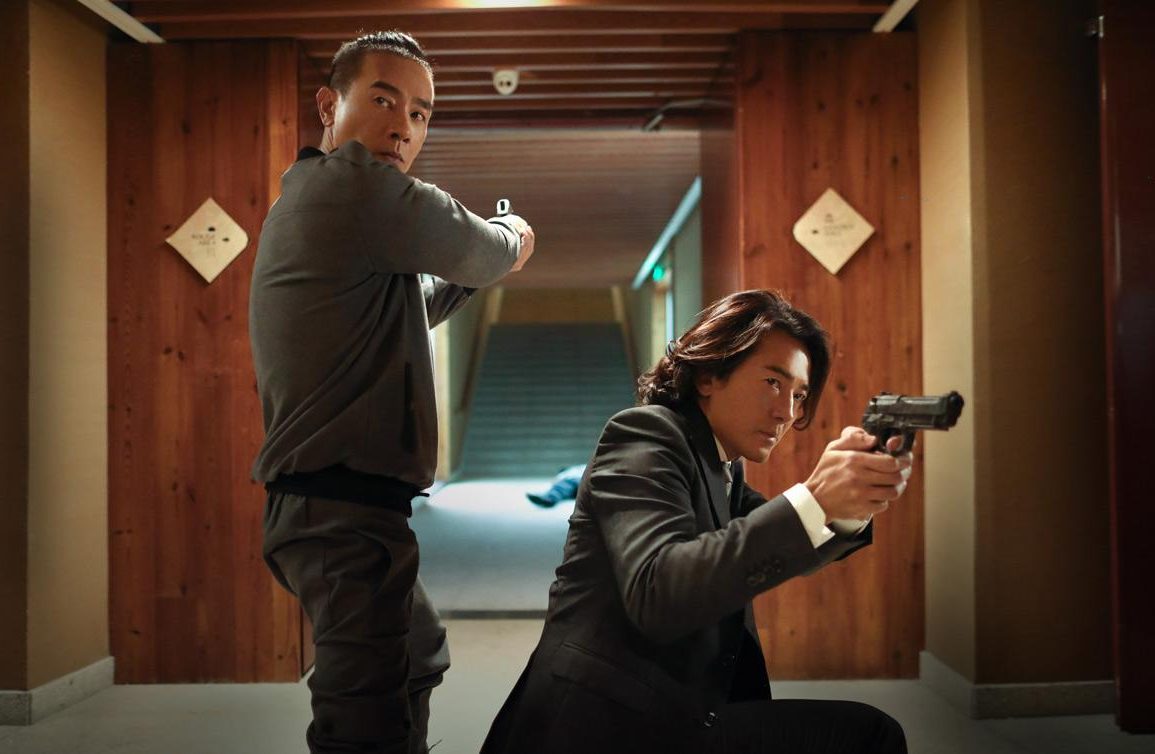 Golden Job is one of the best action movies I’ve seen this year with chases, shoot-outs and explosions which will please genre fans.

Plot: Former mercenaries reunite to plan an epic heist: boosting a truckload of medicine held by a foreign intelligence agency. But when they find the truck is actually filled with stolen gold, they realize they’ve been double-crossed by one of their own.

Review: Hong Kong veteran Chin Kar-lok has been one of cinema’s most consistent action choreographers for several years now, with his work on The Viral Factor and Firestorm standing out amongst other films. I think he’s long overdue for a Best Action Design award at the Hong Kong Film Awards due to his great displays of urban warfare.

With his new film Golden Job, Chin takes on the role of not only action choreographer, but director and cast member as well. The film is also notable for being a reunion for the Young and Dangerous series cast members Ekin Cheng, Jordan Chan, Michael Tse and Jerry Lamb. Golden Job starts off as sort of a heist film, with the job being to steal some armored vehicle in Europe that’s full of gold bars. Betrayals and action are what follows.

The first 2 action scenes involve a mix of some solid gunplay and car chase action, with the scene involving the race cars employing a lot of noticeable CGI, but it still had some good ideas and cool shots.

The ending is what sealed the deal for me as the best action film of 2018 so far. The team leads an assault on an island fortress, and the level of mayhem Chin and company cooked up was admirable. The gunplay during this sequence was way over the top and had me cheering during the shotgun scenes with some very clever choreography. Once Ekin Cheng pulled out two handguns in true Hong Kong fashion, the movie reached a sort of action nirvana for a brief moment! To top it all off, the movie had a fun if slightly cheesy vibe to it which made it an enjoyable experience even during the non-action parts.

Overall, if you’re a fan of action films with plenty of gunplay, car chases and exploding vehicles, or a fan of Hong Kong cinema, I’d recommend Golden Job as a must see! It would be my pick to win the Best Action Design award from what I’ve seen so far this year!