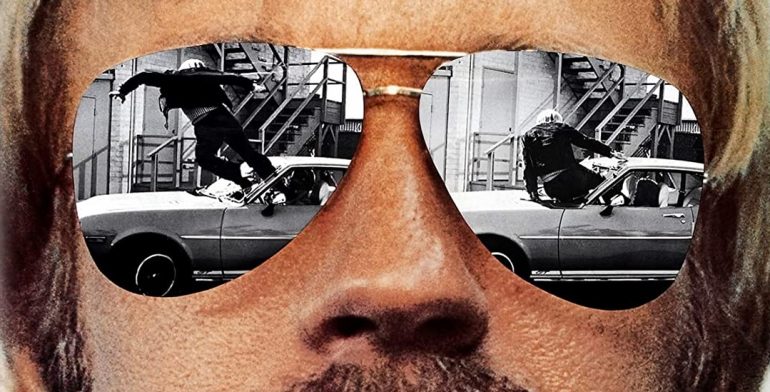 Good Guys Wear Black is rather dated with a horrible score feeling very much a product of its time but it demonstrated the kind of role Norris would be known for.

Plot: Someone is killing off all the members of a commando unit, and one of the last left standing is hunting the killer – or killers.

Review: A commando unit who engaged in numerous missions in Vietnam together is being systematically hunted down in the present day. The leader of the unit, John T. Booker (Chuck Norris), now teaches classes at a university, and he’s approached by an attractive Senate reporter named Margaret (Anne Archer), whom he quickly falls for despite the fact that he’s never able to fully trust her. As they begin tracking down the remaining members of his team, they are killed sometimes in front of his eyes, and so he begins suspecting that Margaret is playing against him and leading him towards his doom. When she is killed in a plane crash (also in front of him), he realizes that he has no idea who his enemy is, and his life depends on finding answers before he is assassinated as well.

Following Breaker! Breaker!, this dated vehicle showcased Norris in a type of role which he would become comfortable in playing. He plays a Vietnam vet in full action mode, doing the sort of thing he is best known for, but unfortunately Good Guys Wear Black feels much too grounded in its day and age, with a poor music score and hazy photography. The story is complicated too, and when the big reveal comes at the end, it’s disappointing. Soon-Tek Oh, one of the actors in the film, would go on to co-star in several other Norris vehicles including Missing in Action 2: The Beginning and The President’s Man, and he always played a bad guy. Also, this film’s title has no relation to the plot whatsoever. Ted Post (The Human Shield) directed.

Kino Lorber’s Chuck Norris releases this month continues with a stellar upgrade in Good Guys Wear Black, which is presented in a new 2K restoration for the first time. The movie had only been available on an old HBO DVD release, and so this is the definitive presentation for sure. Special features include a new audio commentary by two film historians, a making-of feature, an interview with Ted Post, and a trailer, TV spots, and radio spots. Note to Kino: Please release The Hitman, Hellbound, and Sidekicks next.