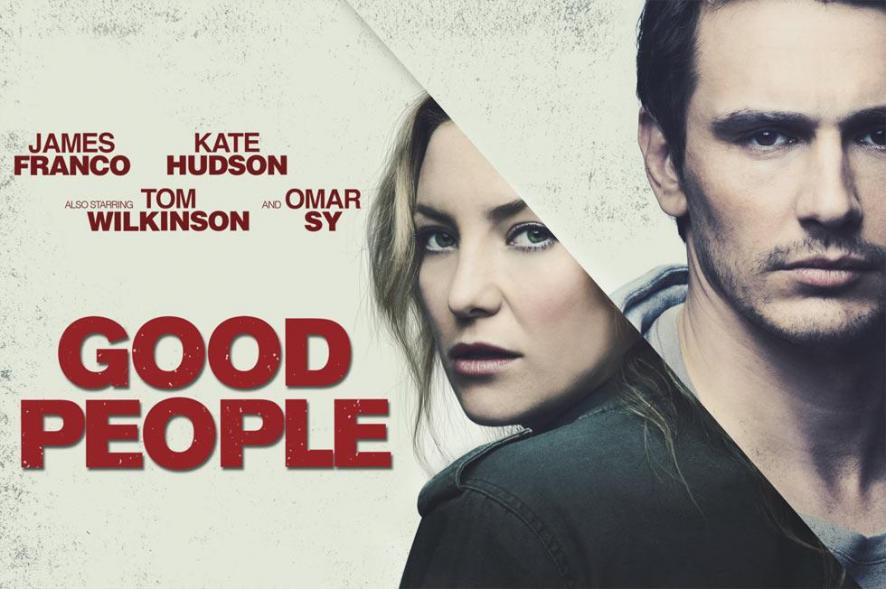 I would say if you enjoy a well performed taunt thriller, with a bit of home DIY weaponry and a dash of Kate Hudson nudity, then this is one film you should check out.

Plot: Discovering a cache of cash in their dead tenant’s apt, a couple in debt take the money and find themselves the target of a deadly adversary-the thief who stole it.

Review: Tom (James Franco) and his wife Anna (Kate Hudson) are deep in debt. He has inherited a house in London and with no work coming in, the renovations as well as their rent and bills are really piling up. When their rental tenant is found dead, they soon discover 250,000 pounds hidden away and their problems could soon be over. Or is this just the beginning of even larger more deadly problems? Yup, it is just that.

Stalwart Tom Wilkinson plays John Halden, a cop who is wise to the fact that Tom and Anna have liberated the cash and feel it is the key in putting away Jack Witkowski, a drug dealer responsible for the death of his daughter.

Omar Sy (X-Men: Days of Future Past) and Sam Spruell (Snow White and the Huntsman) round out the cast as the bad guys, both wanting to get the cash and revenge from our lovely couple.

Directed by Henrik Ruben Ganz, the film looks fantastic. He really captures London and with a slightly blue hue, the film looks very European. (Perhaps due to his past work directing the Danish TV series, The Killing). All the scenes look really sharp and he definitely has a flair for behind the camera.

All the players involved were quite believable in their roles and it was a nice change to see Franco playing a normal non-maniac for a change. It also marks a welcome return for Kate Hudson, who seems to be stuck of late in the quagmire of rom-coms and appearances on Glee. Omar Sy is very menacing as the drug lord aptly named ‘Ghengis Khan’, playing it cool yet creepy in a great performance.

The film itself is a bit of a mix of Shallow Grave with a hint of Home Alone, wrapped up in a decent thriller. It is a tale of regular people who get drawn into circumstances of a life they know nothing about and are forced to react, adapt or die.

I would say if you enjoy a well performed taunt thriller, with a bit of home DIY weaponry and a dash of Kate Hudson nudity, then this is one film you should check out.