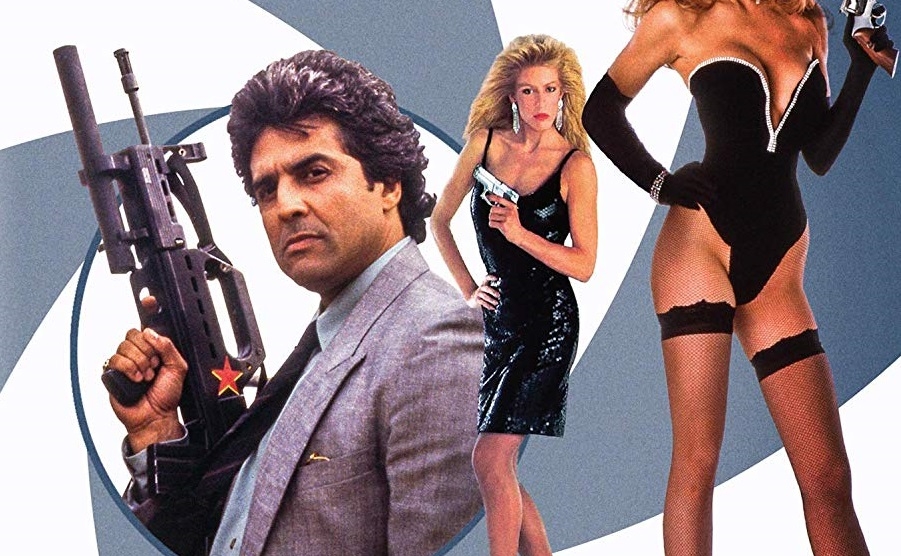 Guns is probably the most straight arrow of Sidaris’ films, and fans of the franchise will take note of that.

Plot: A South American gunrunner uses an island in Hawaii as his base of operations. A squad of beautiful government agents is sent to put him out of business.

Review: An international gunrunner that goes by the name Jack of Diamonds (Erik Estrada) hires two assassins to kill off one half of the busty dynamic duo spy team composed of Donna (Dona Speir) and Nicole (Roberta Vasquez), two of the most elite American agents ever to slide into (and out of) a bikini. When the hit goes wrong, Donna and Nicole realize that they’re being hunted, and so they assemble a team around them to turn the tables on their hunter and become the hunters! At their disposal is a plethora of G U N S they use (including a four-pronged bazooka) to dispatch helicopters and other moving objects. With Donna and Nicole – and their sexy friend Edy Stark (Cynthia Brimhall, who has a few musical numbers in her undies) – these babes are bound to find their man … and destroy him!

A far more serious than usual entry in Andy Sidaris’ 12 picture series featuring Playboy Playmates as gun toting secret agents, Guns seems to have taken a cue from the recently released 007 film License to Kill and offers a much more violent and less amusing storyline than what was usually expected of this franchise. The violence is far more vivid and realistic, while the goofy, tongue-in-cheek jokes and humor are mostly gone, and that’s to the film’s benefit. There’s still plenty of nudity and some sex, but it’s just not nearly as playful in this entry. The girls travel to Hawaii, Las Vegas, and London this time, and Estrada plays a sadistic villain, and in one scene it is more than implied that he rapes Donna’s mother! Danny Trejo plays Estrada’s lead henchman, and he meets a rather shocking end. All said, Guns is probably the most straight arrow of Sidaris’ films, and fans of the franchise will take note of that.

Guns has just been released to Blu-ray in a nice widescreen transfer (for the first time ever) by Mill Creek. It comes with an archival intro by Sidaris and a topless Julie Strain, as well as a commentary a behind the scenes feature, and trailers. 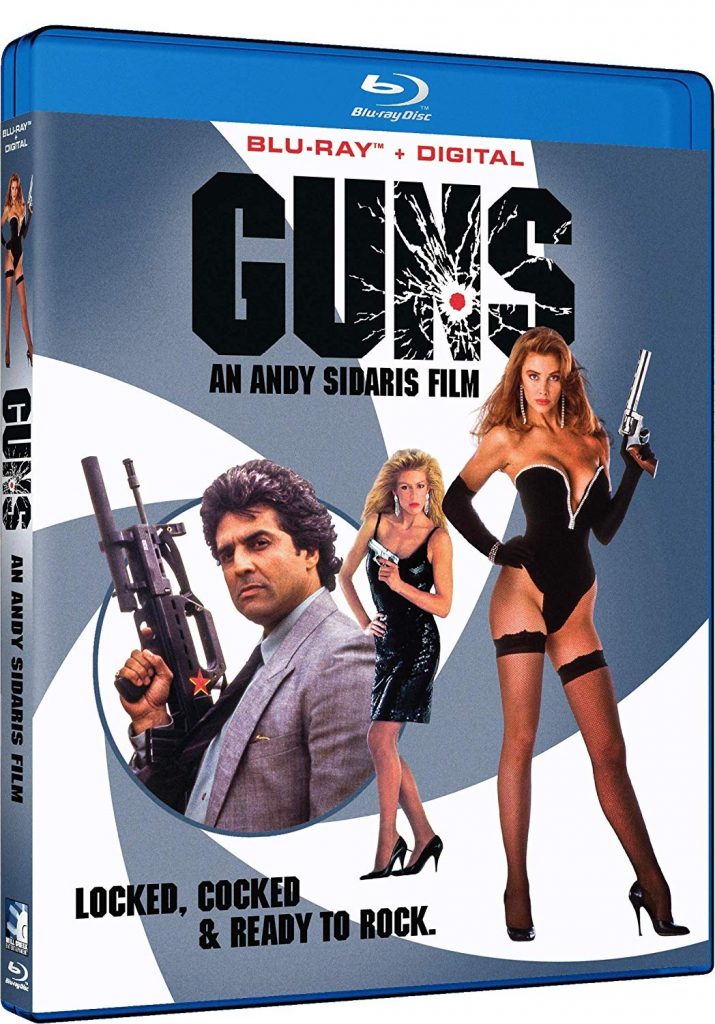