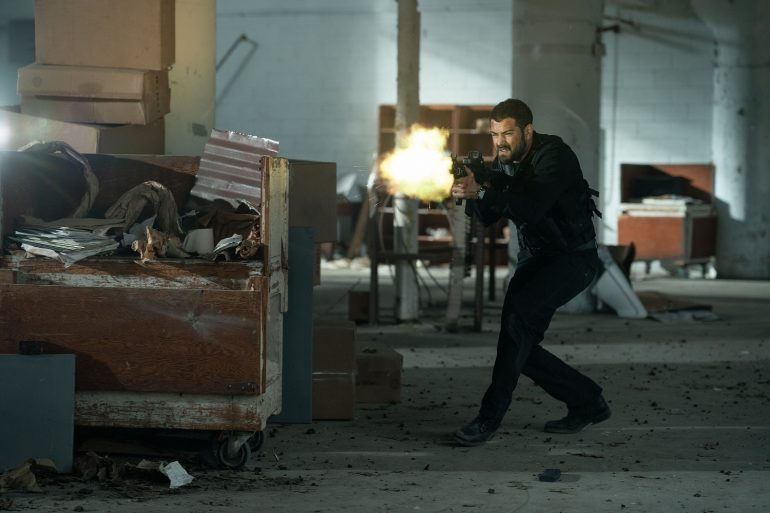 Some slight improvement and at least a reasonable spy actioner compared to some of Willis’ lesser recent entries. This should’ve just been titled as an Expendables or Taken spin-off though.

Plot: The work of billionaire tech CEO Donovan Chalmers (Bruce Willis, RED films) hires mercs to protect his valuables. But can they rescue Chalmers’ daughter from a terrorist group in addition to keeping his tech safe and sound?

Review: Another Emmett/Furla (16 Blocks, Hostage) production starring their homie Bruce was out but this time it didn’t arrive in a single theater due to the COVID-19 disaster. Could it be decent or just a sign that they cared not about their latest product? Matt Eskandari (Trauma Center, Survive the Night) was back directing Bruce but was this anything better?? Jesse Metcalfe had been a decent action face in Escape Plan 2 and Loaded but was he going to be able to hide his often-lacking acting behind various gunfights???

These were all questions I had going in and I hate having to be alone in my defense of Bruce’s random-ass film role decisions after he recently joined the DTV/limited release/VOD club much like Wesley Snipes, John Cusack, Forest Whitaker, Robert De Niro, Dolph Lundgren, Nic Cage, Jean-Claude Van Damme, Scott Adkins, Michael Jai White and Steven Seagal (who else?). Nevertheless, I prevailed and checked it out as I had nothing better to do (besides watch more movies or be bored at home).

Movie-wise, Bruce actually got to put on an emotional face and argue with the main recruits instead of just assign them their mission while dressed up fancy in his car at the beginning. Action-wise, this is more of the type of Shooter forest-laden action and Taken kind of warehouse-set tactics on display and were rather well-done without any shaky cam or other distracting edits. The electronic score was neat without feeling like it repeated too much. The main villain was a tad meh as he looked the part and did some alright shouting about his revolutionary cause but didn’t have any commanding presence. Either way, this whole merc team had far more likeable personas than the rookie team in Expendables 3, which is saying a lot. Out of all the straight-to-the-internet action films out this year, this has leagues more going for it compared to the boring Netflix films Project Power (with a confused Jamie Foxx) and Extraction (with a dull set of fights and monotone actors).