Plot: In Molokai, two undercover drug enforcement agents are after a vicious drug kingpin, but on the way, they will also have to deal with a contaminated giant python.

Review: The second entry in Andy Sidaris’ franchise of “bullets, bombs, and babes” movies (which spanned 12 films!), Hard Ticket to Hawaii stars Playboy Playmates Dona Speir and Hope Marie Carlton as Donna and Taryn, two sexy superspies who love James Bond movies and globetrotting while on the job. Their latest mission takes them to Hawaii, where they get into some dangerous situations while trying to recover a stash of diamonds from a villain (played by Rodrigo Obregon), who has no idea that a lethal, venomous snake is slithering around near his property. But seriously: the snake is pretty close to the size of the one from Conan the Barbarian, and if it comes in contact with anyone, it eats them up and spits out the bones. Donna and Taryn are only slightly in over their heads with this mission, so they call on allies Rowdy (Ronn Moss) and Jade (real-life kickboxer Harold Diamond from Rambo III), who help them blow shit up and kick bad guys in the face.

Mill Creek presents the film in a 4K widescreen transfer, and this is the first time anywhere that it’s been shown in widescreen. Needless to say, this makes a fan very, very happy. Kudos to Mill Creek for upping their ante in the video market. Bonus features include an archival intro by Andy Sidaris, plus a commentary, a featurette, and trailers. 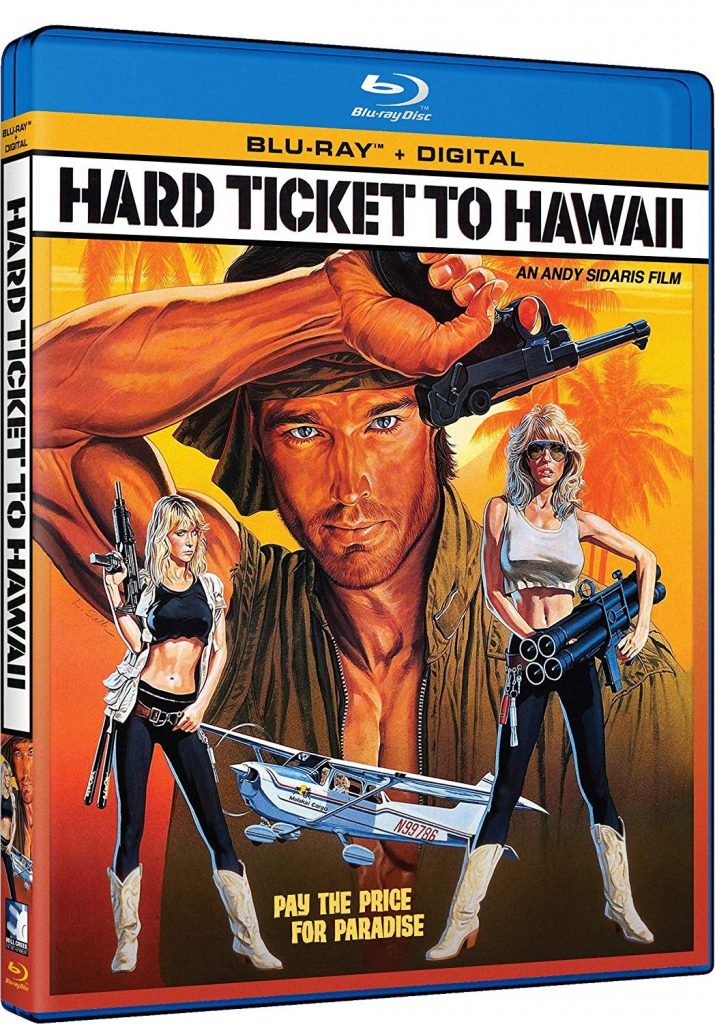