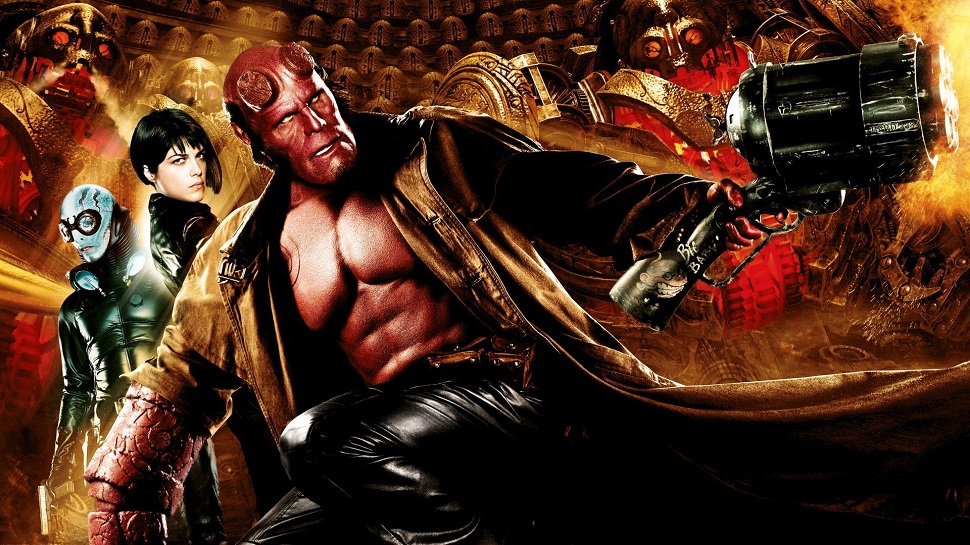 Hellboy II: The Golden Army is a blend of LOTR and Star Wars really delving into the world of Hellboy and giving us exciting new characters and some stunning visuals.

Plot: Hellboy (Ron Perlman), his pyrokinetic girlfriend, Liz (Selma Blair), and aquatic empath, Abe Sapien (Doug Jones), face their biggest battle when an underworld prince (Luke Goss) plans to reclaim Earth for his magical kindred. Tired of living in the shadow of humans, Prince Nuada tries to awaken an ancient army of killing machines to clear the way for fantasy creatures to roam free. Only Hellboy can stop the dark prince and prevent humanity’s annihilation.

Review: Hellboy II: The Golden Army is far better than I was expecting with some fantastic effects, both practical and computer generated, impressive art design, great direction, entertaining script which is funny and exciting but also manages to make the world feel really fresh and interesting as if it were the first time. There is also some choice music especially the awesomely picked licensed tracks.

Luke Goss is suitably enjoyable as the “villain”Prince Nuada who is actually rather sympathetic and more interesting than the villain of the first film.

In terms of flaws the climax of the movie is pretty underwhelming and just leaves you feeling a bit empty, it goes out with more of a whimper than a bang (though that’s not to say that it’s by any means a horrible final sequence).

Overall, Hellboy II is a great movie even despite the anticlimactic final action sequence that just feels underwhelming, not only in scope but also in terms of excitement making it less of a movie than the original. Still the writing is great, the acting is good and fun as ever, the direction slick and the production value is top notch.

It’s a rare sequel that actually delivers a lot of very cool new things, especially in terms of new characters (Johann Krauss fit wonderfully in the already established group, something that’s near impossible to pull off). Highly recommended.