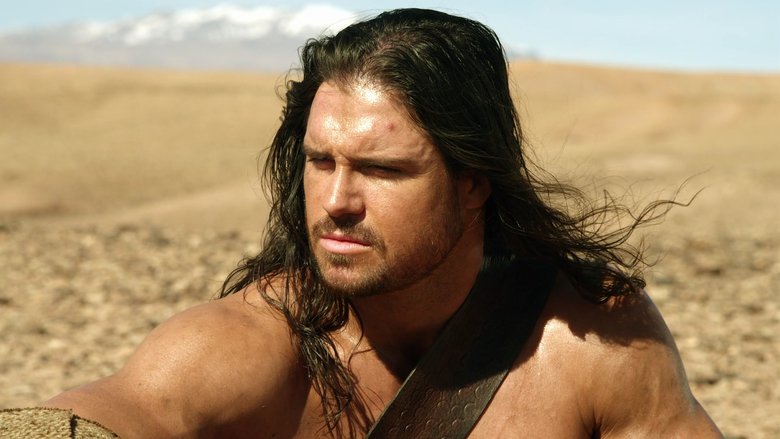 If you like your action with some swords, brutal violence and a warm and fuzzy ending, then this is the Hercules movie for you.

Plot: When a young man’s bride is kidnapped by a self appointed evil king, he searches out Hercules for help. The fallen hero has been living in exile, banished for killing his family, but the young man’s courage inspires Hercules and together, they fight to rescue the bride and reclaim the honor of Hercules.

Review: As I mentioned in my interview with John Hennigan, when I initially saw it was produced by The Asylum, who are known for their ‘mockbusters’, I was thinking this would be a swords and sandals version of ‘Sharknado’, but I was pleasantly surprised. Our story starts with the idyllic life in the walled Kingdom of Enos, where Arius (Christian Oliver), his soon to be bride Princess Theodora (Christina Ulfsparre) and best buddy Horace (James Duval) are happy as can be. That is until General Nikos (Dylan Vox) decides they should attack a neighboring city for their gold and riches. Of course Princess Theodora’s father King Demetrius is not a big fan of that idea and that’s when things in Enos take a turn for the worse. Now on the run from Nikos, Arius and Horace decide to seek out the legendary Hercules in hopes he can save the Princess and return the kingdom to its former glory.

Shot in Morocco, this film was a welcome change for The Asylum and even though it did not have the budget of the Brett Ratner ‘Hercules’, it looks fantastic. The sets and costumes were all first rate and the supporting actors did a great job. Apart from Hennigan, the only actor I recognized was James Duval from his role in Independence Day, but everyone was extremely believable. A special notice has to go to Christina Ulfsparre for her performance. Not only does she light up the screen, she plays Princess Theodora as a total bad ass. This is not the tried and tested ‘damsel in distress’ – no way. She is just as happy to throw down a beating as the soldiers are.

My only complaints are that some of the CGI blood was a bit iffy and many of the extras were a tad lackluster, but that happens when you are just utilizing who is available locally.

The real star of this movie though is the lead John Hennigan. Known to wrestling fans as the WWE’s ‘John Morrison’, this is his first lead role and he nails it. Showing off some wrestling skills combined with a touch of parkour and swordplay, Hennigan fits the role of Hercules better than many who have come before him. With his long hair and impressive physique, he looks like Hercules. Not just a big guy who is a lumbering oaf, but a hero who can really kick some ass and not look the least bit clumsy in doing so.  I have absolutely no doubt that with the right roles, Hennigan could be the next big action hero.

Overall, this film is definitely worth a watch. If you like your action with some swords, brutal violence and a warm and fuzzy ending, then this is the Hercules movie for you.