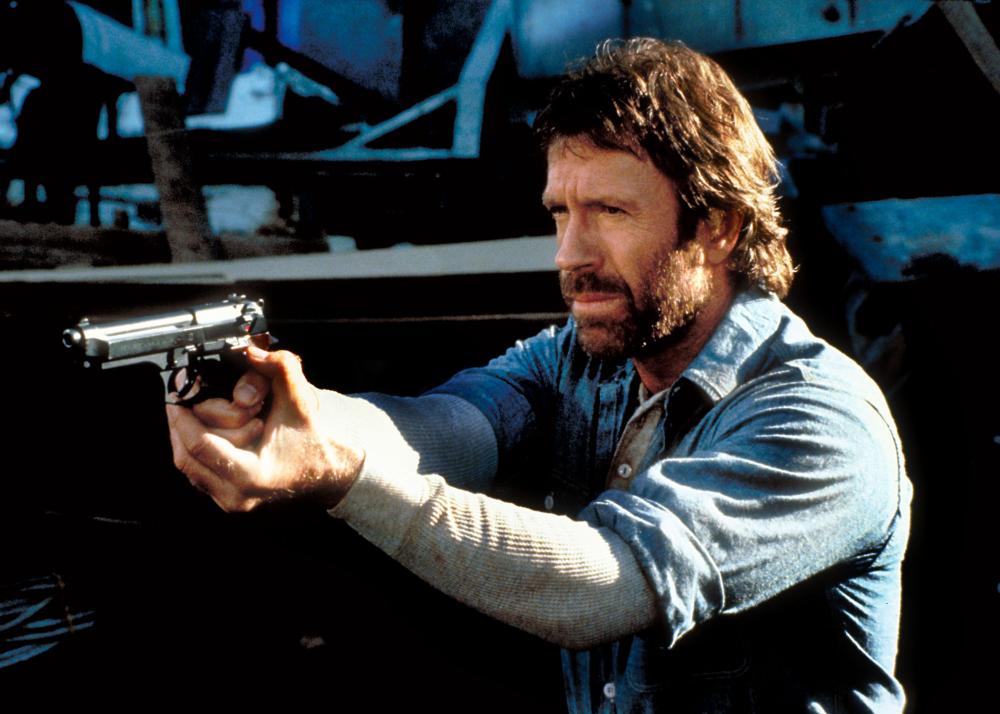 It’s nice to see Chuck Norris look weary in this role and the Blu-ray is an excellent upgrade; it’s not a classic film but essential for Norris completists.

Kino Lorber Blu-ray Review: “You came up against a monster, and he beat ‘ya. That’s heavy shit.”

Plagued by nightmares of a homicidal killer of women he arrested in the past, Danny O’Brien (a weary and stressed-out-looking Chuck Norris) is plunged back into a real nightmare when the killer, known as “The Terror” (Jack O’Halloran from the first two Superman films) escapes his confinement and begins killing women again.

Danny’s wife is very pregnant, and his life is full enough as it is, but when the mayor of Los Angeles (Ron O’Neal from A Force of One) comes to him and asks him to head the task force to find and stop The Terror, Danny enlists his friend and fellow cop (played by Steve James) to help him. The Terror takes up residence in the rafters of The Wiltern Theater, a concert hall, and the film takes on Phantom of the Opera proportions when the police comb the rafters and attics of the concert hall looking for the crazed killer.

Similar to Norris’s previous film, Silent Rage, Cannon’s Hero and the Terror features a silent, unstoppable killer twice Norris’s size and strength, culminating in a smackdown only Norris can walk away from. The best aspect of the film is showing Norris in a tired, dilapidated state, and yet we see him working out and trying to be on his game despite the stress his character is experiencing.

The scene where Steve James faces The Terror is a big disappointment, and it only goes to show that James was rarely given the opportunity to shine past the sidekick roles he usually played. Billy Drago plays a small role as a psychiatrist. Director William Tannen later worked with Chuck Norris again on his last solo vehicle to date, The Cutter.

Kino Lorber has just released the Blu-ray of Hero and the Terror, along with an earlier Norris film An Eye For an Eye. This was my first experience watching one of Kino Lorber’s Blu-ray releases, and I was pleased with the high definition transfer of the film. It’s a notable upgrade from the MGM DVD release from 2002; the picture quality was crisp and clear, and this Cannon release has never looked or sounded better.

Kino has really gone out of its way in releasing some underrated action pictures from Cannon. Some other releases you may not have realized they’ve released recently include the Michael Dudikoff films Avenging Force and River of Death and the Sho Kosugi ninja movies Enter the Ninja and Revenge of the Ninja. Keep your eye on Kino Lorber: They’re the label to watch out for.