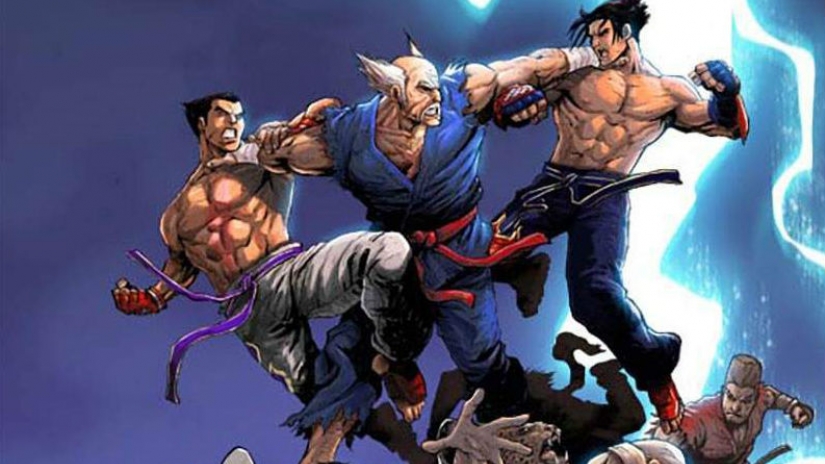 In Defense of a TEKKEN Reboot

In the course of the past four years, I’ve had a thought brewing in my mind regarding tournament fighting games and movies. You see a lot of editorials out there about why those kinds of films suck, or articles listing best-to-worsts or worst-to-worser titles, or even some write-ups on what kind of fighting games or RPGs would make good live-action installations for film.

Of course, the biggest, most notable fighting games to be mentioned over the years have been titles like Mortal Kombat, Street Fighter, Tekken and King Of Fighters, and so on. And I look at some of those articles fancasting actors and I get twisted when I see some suggestions for certain characters, especially since their picks don’t necessarily match the reality of how the character could look on screen.

Not to mention some picks I read about almost never seem to be thought out clearly with a perspective drawn to what studios could be looking for in an actor that knows how to sell a character suited for that film. So, nine times out of ten, I’m left shaking my head thinking “Dude, you’re kidding right? Omg you’re not. *Headdesk*”.

Such was the case with director Dwight Little’s 2009 adaptation of Tekken. And consequently, I have since resolved to the notion that whoever I fancast for a movie of my interest wouldn’t really matter since we don’t make those choices for film studios. Instead, we just purchase the tickets while the studios hope to see a huge commercial return from the film’s release.

That said, I would like to take some time here to obsess a little bit over the beloved fighting game franchise, Tekken. And I’m writing all this collectively because I’m inspired to write something, my site needs some content while I continue to suffer from poor internet issues, and Tekken happens to be one of my biggest what-ifs. Plus, out of an idea entirely of my own conception, I think it would make a good contribution as a guest writer for The Action Elite since Eoin and I have become friends, so without further ado…

Over the years, I’ve read a lot of comments about Asian characters in fighting game-based action movies. I remember dating back to the 2010 airing of the first U.K. trailer for Little’s live-action take on the Tekken premise on YouTube when trolls would go online and storm the comment section, constantly complaining and inciting vitriol about why Jin and Kazuya “looked white” (reflective of similar arguments made against Justin Chatwin because to the anti-intellectual fanboys out there, “Goku is Azen!!!”).

And that wasn’t even the extent of how toxic and overtly racist those comments got, but don’t even bother looking for that video clip. Chances are that video was removed anyway, or the video is still there with its comment section disabled.  Besides, I’m sure some of you have seen them yourself, and I am not going to get too heavily into the specifics of the ignorance on that end. However, to be fair and clear though, for the role of Jin, the character could have cast someone way further off, and fans would not have seen lead actor Jon Foo make his first solo debut as an actor since performing stunts in “House Of Fury” and “Tom Yum Goong”.

The larger issue for me, frankly, is the fact that the film never lived up to its full potential. It could be due to the production design and how the film was made contrary to how some wish the film was treated, despite including names like Cary Tagawa, Luke Goss, Lateef Crowder and Gary Daniels. I myself was a bit disappointed at the lack of depth the film gave, and felt a bit shorthanded about the way the story was so crammed and mishandled to fit a ninety-minute venture into a version of the Tekken universe packaged as a movie.

I felt there was a lot that could have been done and just wasn’t, and I’m sure that the franchise creator Katsuhiro Harada felt the same way. That said (and not to suggest that this is actually happening), considering the nature of reboots and how studios are taking the liberty of taking modern classics and practically revitalizing them on film years and years later, I wouldn’t mind it if there was a Tekken reboot to happen, replete with major support from a Japanese film studio and producers from various parts of the world.

And not just any Tekken film either, but a movie that grants Harada’s vision proper treatment with the goal of creating a live action film dedicated to telling the story envisioned in the Namco games.

Ask yourselves, how many of you would love to see one of Kazuya’s spinning demon uppercuts? How many of you want to see Hworang throw out a sick live action display of kicks and combinations?

A reboot would give the right director a chance to tell the story of the legendary King Of Iron Fists tournament in a way that respects the property and delivers the story, and characters in a pristine, clean and well-deserved way with fight scenes that make you wanna stand go HOLY SHIT! I DID HE JUST–??? REMEMBER THAT MOVE!!!… as opposed to just sitting in your seat and slow-clapping going… “…Wow.. that was…wow?”.

Moreover, it would give the right cast of actors a chance to tell the story through the characters, the same way Joey Ansah is contributing his time and energy to “Street Fighter: Assassins’ Fist”, or the way Kevin Tancharoen ultimately became the single most recent motivational force behind the long-awaited big screen redemption for “Mortal Kombat” prior to his departure back in October.

I have reason to believe that another Tekken film could be developing slowly at the moment, although nothing has been announced or made official since Little’s film came and left rather unceremoniously between its emergence at the American Film Market in 2009 and its elongated slate of home release dates in Japan, the U.K., the Philippines and the U.S.. But in the meantime, I would like to think that while the production of Blood Vengeance was CG-animated proof that it was very much possible to put Tekken on film in a way that would make it work, a live action rendition done properly and passionately with respect to the game would achieve similar, more noteworthy results.

Before I conclude this entry of thoughts, yes, I did like Little’s version of Tekken. But I wanted to love it and I believe a Tekken reboot is very much possible and in demand. And I for one would love to see the vast range of today’s rising stars, from North America all the way to Japan and around the world where there is an action-capable actor a who can fit the iconic images suited in characters Lei Wulong, Yoshimitsu, Forest Law, Baek, Hworang, Jin Kazama, Heihachi Mishima, Kazuya Mishima, Lee Chaolan, Julia Chang, Ling Xiaoyu, Nina Williams, Anna Williams and others. The talent is out there and it deserves a true shot, and I know I could definitely think of a few big names who can take on the Mishima and Kazama roles in a way that could deliver audiences a full-blown epic performance. But, I digress…I will leave that for the fans to decide.

Regardless though, if Warner Bros says it can give Mortal Kombat another go-around after finally winning the lawsuit that kept them from moving forward on it, and if Street Fighter can see the light of day once again, then there is no reason why Tekken should not get the shot it deserves. And should this happen, I hope with all sincerity that Mr. Harada will be involved in the production. I believe part of the reason why the 2009 film performed less than exemplary was because he may have not been allowed in the creative process.

For Tekken, I believe that needs to change. Sure, the next Ansah or Tancharoen could come along and reignite the interest, but without Harada’s involvement, it won’t be the same. That kind of trust needs to be earned back and I hope someone makes a valiant effort to do so.