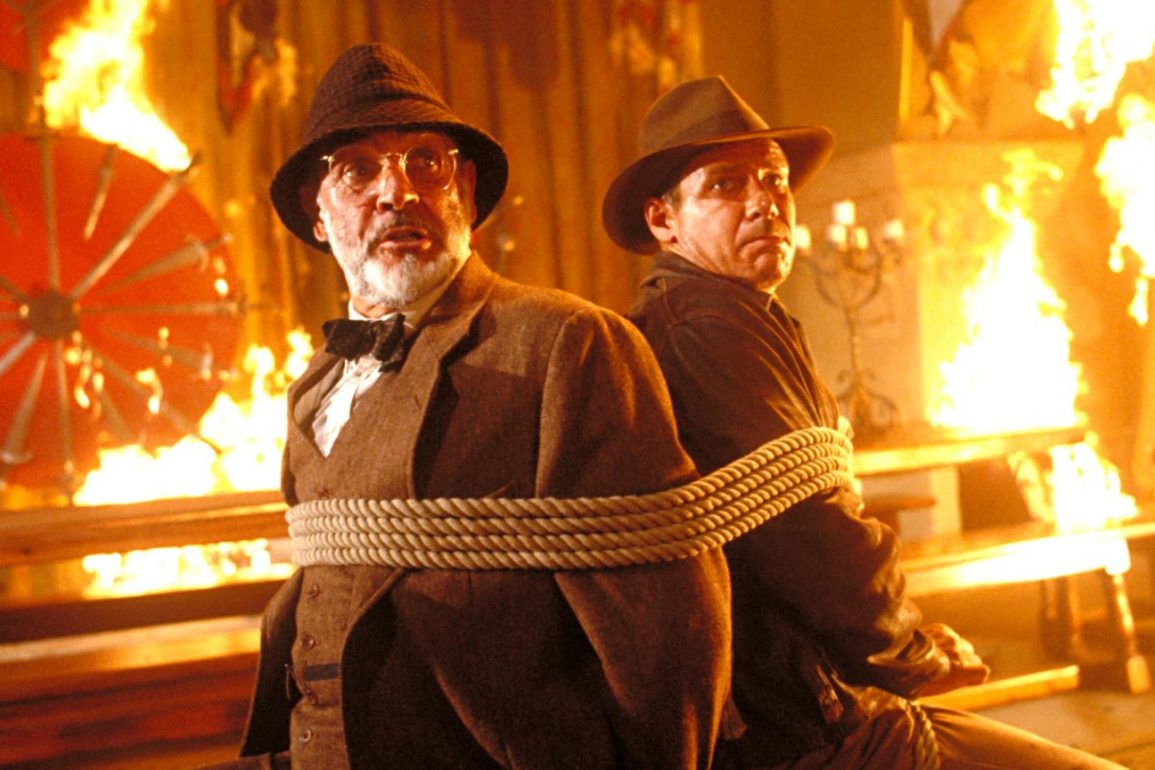 This is another great action film and one of the better in the Indy franchise; the characters and their relationships are great, the action is still exciting and the humour still works pretty well.

Plot: The intrepid explorer Indiana Jones sets out to rescue his father, a medievalist who has vanished while searching for the Holy Grail. Following clues in the old man’s notebook, Indy arrives in Venice, where he enlists the help of a beautiful academic, but they are not the only ones who are on the trail, and some sinister old enemies soon come out of the woodwork.

Review: Last Crusade is my favourite of the Indiana Jones films, this is mostly because of nostalgia, I had this film on video and watched it countless times as a kid. This is my first revisit in years, probably over a decade, and it’s still a great film.

The film follows the Religion VS Nazi aspect of Raiders but instead of the Ark this time the Nazi’s are after The Holy Grail and have managed to trick Indiana Jones into helping them. At the same time Indy is trying to find his missing Father Henry who has been kidnapped by the Nazi because of his unique knowledge of the Grail, the reunion between father and son allows them to get some lingering issues off their chests.

The acting is still good even in the third film, Harrison Ford still brings adventure and bravery to Indy but this time he’s teamed with his father Henry played by Sean Connery. Henry is the doddering professor to Indy’s adventurer, preferring to use logic instead of action to solve problems, however they are still moments where you can see parts of Henry in Indy and parts of Indy in Henry, they’re very believable as father and son. The differing opinions and emotional tension between Indy and Henry is one of the film’s highlights, they truly feel like they’ve been estranged for a long time, both are the same man but with differing opinions on how to get the job done. Because neither of them were willing to back down they chose to ignore each other instead and go their own ways, their reunion allows them to finally say what they’re feeling and try to work together. Is it cliché? Yes but does it work? Also yes.

On the villain front we have two memorable roles from Donovan and Elsa, Donovan is the right kind of evil for this film, a true, chilling villain that’s unafraid to double-cross anyone or use violence to get his own way. Elsa on the other hand is a different sort, she’s almost sympathetic at times, especially when you watch her shed tears during the book-burning. When she says she follows the Grail not the Swastika you almost believe her but as it is she ends up being just as greedy as the rest of them.

The action and direction are still exciting to watch, the film opens with a young Indy saving a relic from thieves, giving us both an early look at Indy’s life and his fractured relationship with his father. The Venice boat chase looks great and ends with a high level of tension, the tank chase in the desert uses the vast dusty landscape to great effect and a few good explosions to keep the thrill levels up – it also leads to a great moment where Indy stands beside his father looking for his own body. The highlight of the film is a fantastic 15 minute segment which starts when Henry inadvertently sets fire to the Nazi compound while he and Indy are tied to chairs, in their escape attempts they find a secret Nazi room, trap people in the fire, fall down a secret set of stairs and then once they’re out they end up getting involved in a brilliant motorcycle chase.

Overall this is another great action film and one of the better in the Indy franchise; the characters and their relationships are great, the action is still exciting and the humour still works pretty well. Recommended.