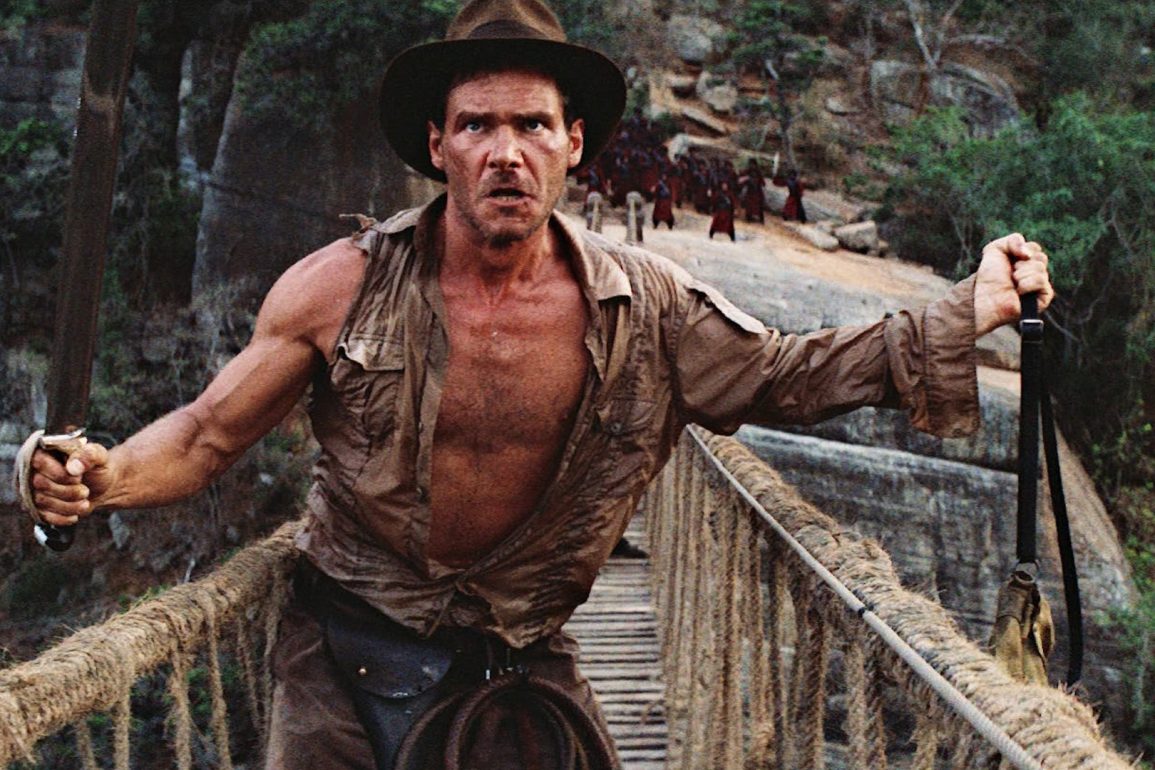 Indiana Jones and the Temple of Doom (1984) Review

Temple of Doom is still a good film with another great turn by Ford and Indiana Jones and some memorable action scenes, it’s just hampered by a weak story and a terrible sidekick in Willie.

Plot: Adventure sequel. Intrepid archaeologist Indiana Jones, on the trail of fortune and glory in Old Shanghai, is ricocheted into a dangerous adventure in India. With his faithful companion Short Round and nightclub singer Willie Scott, Indie goes in search of the magical Sankara stone, and uncovers an ancient evil which threatens all who come into contact with it.

Review: Temple of Doom is the weakest of the Indiana Jones trilogy (I’m not rating Kingdom until I watch it again), it’s still an enjoyable and watchable film but it does suffer from a few missteps.

Firstly the story, I’ll be honest I didn’t like this story as much as Raiders, there seemed to be no connection for Jones to be doing anything, it all happened by chance and happenstance, whereas Raiders saw Jones doing something for archaeology here he was just going from place to place happening upon things. Jones just so happens to go to the richest building in India which just so happens to have a secret passage to the cult who manage to catch him and possess him and he’s magically freed by fire. It’s all a little too ‘easy’ for my liking.

Also the tone seems to jump suddenly, the film starts as an adventure film with some comedic elements and then boom. Suddenly there’s darkness, cults and heart-ripping, you do get use to the darkness and it manages to filter out before the exciting adventure finale but I didn’t like how quickly the film turned or how long we spent with the cult doing absolutely nothing.

Ford is just as good as Jones here as he was in Raiders, smart, capable, heroic, Jones is all this and more. Ford also does the possessed routine rather well and it was nice to see Indy turn evil for a while. Short Round was a little annoying but he grew on me and he was actually quite useful, kicking people, hitting them, doing things that helped Indy.

But Willie, god I hated Willie, she was shrill, annoying, unlikeable, useless and horrible. All she did was scream, yelp and try to make us forget how bad she was by wearing skimpy clothes.

As I said above the film does slow down when we get to the cult and the whole thing feels like an unnecessary detour but the final half-hour of this film is pretty cool, the mine-cart chase is great to watch and brilliantly shot and the whole bridge sequence is really good. The humour works in some places but not in others, I did like the call-back to the sword VS gun fight from Raiders when Indy sees two sword-men and goes for his gun only to find it’s not there (although since this is a prequel it doesn’t make sense). Also the direction is quite good with some great action sequences and camera shots and the locations are all unique and interesting so it’s a good looking movie even if some of the falling effects near the end look shoddy.

Overall it’s still a good film with another great turn by Ford and Indiana Jones and some memorable action scenes, it’s just hampered by a weak story and a terrible sidekick in Willie. Recommended as a rental.