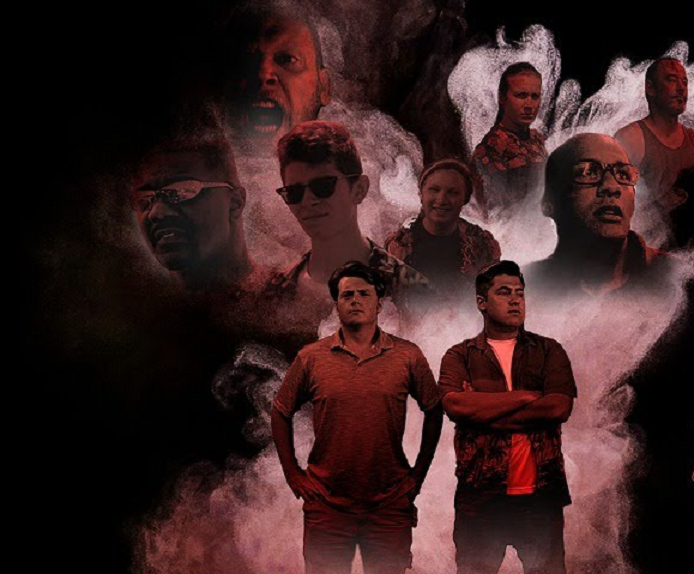 SYNOPSIS: When cash-strapped Jake (Evan Newton) and Ben (Josh Blanchett) get a job at a local video store, they discover they’re unknowingly delivering a shipment of cocaine to a local drug kingpin. Told through 3 segments, this film covers a boss trying to save his dying business, another man who’s been pushed too far and two teenagers just wanting some extra cash.

Jack Nicoletti recently finished his first feature film entitled The Middle Men. It is a feature-length action/comedy film that was shot by two then-seventeen-year-olds relying on a budget of $0 and “the kindness of strangers”. The film was cast entirely with local working actors- all of which were willing to work for free based on the merit of the script.

The crew consisted of two people – Nicoletti and Samuel T. Castellino, a childhood friend of his.

They got to assemble a rather flashy and clearly brainstormed multi-character study that makes uses of its city and its characters ambitions. Instead of being an ego-piece by both the people involved or for the characters themselves, it manages to be ambitious and juggle tons of subplots without feeling like it was unorganized. What it truly is missing is the ability to really flourish and stay with the audience after the fact though (not like that’s easy to do).

The 50-minute feature benefits from consistent filming style and not making a nuisance about starting too many stories for its own good and going from one outrageous scenario to the next as they know that conflict propels any kind of story in the end and this is what we came for after all.

The filmmakers do make repeat amusing add-ons and quirky characterizations which helps especially for the cast of unknowns who are willing to dedicate their all without feeling like they were just added because they were pals of the director. This includes breaking a fourth wall during the credits during the Special Thanks section of the film. I can see the talents on this working better with a different budget and doing a multi-character Neo-Noir like this but in an anthology format, if not a web series or cable television piece.

Overall, The Middle Men is an ambitious project that at 50 minutes never drags and shows what you can do with no money but a lot of heart.