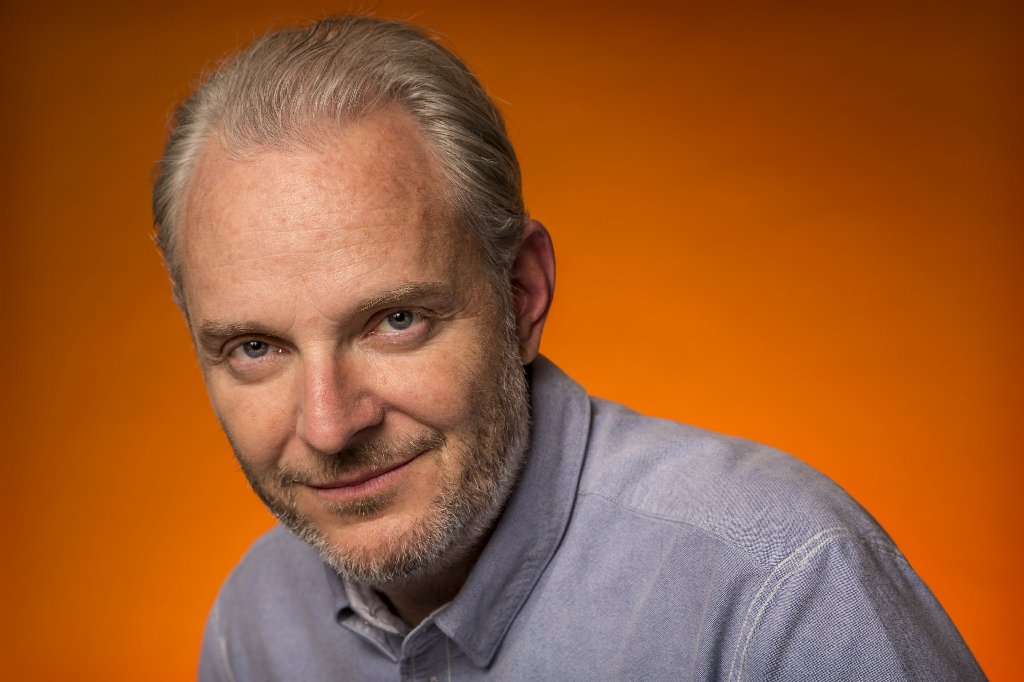 He has a real knack for “world building” and creating unique post-apocalyptic atmospheres, with thoroughly embedded themes of end-the-world scenarios. His films are vibrant with special effects, but they’re both special effects driven and character driven, which is a key ingredient to why his films are so popular.

His three Hunger Games pictures and I Am Legend were all based on well-known and popular post-apocalyptic novels, and his success as a filmmaker is well deserved because he’s true to the source materials.

In this interview, Mr. Lawrence discusses his work on the wildly popular Hunger Games films, and his approach to the end-of-the-world genre.

I don’t know if it’s a coincidence or a conscientious decision on your part, but you’ve directed four films in the post-apocalyptic genre now with I Am Legend and the three Hunger Games sequels.

What is it about the post-apocalyptic genre that really appeals to you?

Yeah, I don’t know what it is. I don’t know specifically. It’s kind of strange that I happened into it. I love world building. The idea of visual world building is part of the fun of filmmaking for me. I also like stories that are centered around very lonely, isolated characters. I think dystopian landscapes of various kinds are sort of well suited for those kinds of stories. It’s interesting. I don’t sort of consciously seek out dystopia stories.

Are there any favorite films in the post-apocalyptic genre?

Yeah, I love the original Planet of the Apes. That’s a favorite. One of my favorites is the new Mad Max. Fury Road was fantastic. I always liked the Mad Max movies, but this last one is fantastic.

Makes you wonder what George Miller has been doing all these years. He’s been cooking that one up.

I know. I love that in a filmmaker. When you can be the guy behind Babe and the guy behind Fury Road. And Lorenzo’s Oil. That’s an interesting grouping of movies. And Happy Feet! I have to say, I’ve never seen Happy Feet.

The whole world has responded to these Hunger Games films. I know you didn’t do the first one, but you’ve carried the franchise to its conclusion. The books were huge, but the movies are even bigger. What do you think it is about these films – or even I Am Legend, for that matter – that are just so appealing to the whole world?

Well, you know … with I Am Legend … I was really fascinated with what it would be like to be the last man on earth. That was the side of the story … the isolated man, the landscape that had given itself back over to nature, the social deprivation, the survivor’s guilt, all coming along with being the last man on earth, that’s what fascinated me. I think people went to see that because people were also fascinated by that idea. They put themselves in the shoes of the character, thinking, Wow, how would I react if I were in that situation? I think that’s a big part of movies. If you can place yourself in the hero’s shoes a little bit. That may have happened a little bit with The Hunger Games series. You sort of wonder what you’d do in Katniss’s shoes, and that’s partly because she feels like a real human being and not like a superhero. She’s a real flawed human being that’s fighting for very basic needs, very visceral human needs. But I think also with The Hunger Games series is just that Suzanne Collins when she wrote them, she wrote them on very relevant ideas. The consequences of war and the consequences of violence. It’s something that’s been around forever. She wrote these books, these stories, for kids. She pulled no punches and she treated them like adults. She was honest and truthful about those ideas, and I think it made an impact.

The movies you’ve done – and I’ll include Constantine as well – are very effects-driven movies. I wouldn’t call The Hunger Games “effects driven” because they’re character-driven, but there are certainly lots of special effects and elements like that in them.

Yes, there are. A lot of effects.

Say something about enhancing your films with these digital and practical effects. Talk about the challenges of working heavily with special effects on these films.

Well, I think the challenge is always to make … to try to imagine things and try to make those things real. The challenge is always trying to make them feel as real as possible. With the added challenge that audiences are getting savvier and savvier by the day, in terms of what is real and what is fake. And so, I think there is a move back towards the practical because of that sophistication in the audience. I think that’s for good. There was an overreliance on CG. The more practical, the more believable a movie can be. That’s the challenge we’re faced with. How can we do as much of this as possible practically? That was always the goal. Whether it was large-scale environments, crowds, explosions, anything like that. How can we do that practically as long as it’s safe? That guided a lot of our decisions in the making of the Mockingjay movies. We went and shot in Paris and Berlin purely for environments because we wanted large and immersive and real environments to be part of the Capital. We knew we were not going to get that in Atlanta. We went and found large swathes of Imperialist architecture in Paris and Berlin. We went and lived there for three months to shoot portions of the Capital so we could use real environments that we could use and dress and use very little digital extensions.

It’s one thing to read this stuff on the page – and I’ve read the three books – but it’s another thing altogether to imagine them and to start drawing pictures and designing stuff. Even though you didn’t do the first one, talk a little bit about the world building you’d mentioned earlier. Did you work with Suzanne Collins?

I did, yeah. I did work very closely with Suzanne, but less so on design. One of the reasons why I took the second film – and I’d never done a sequel before – was that I knew that there was loads of world building ahead of me and that what they had done in the first movie was really just the beginning of what we could do. My pitch to everybody was we see part of District 12, we see these brand new districts, we see a new part of the Capital, we see brand new arenas. It was a lot of new stuff to design. And really, what the production designer and I did with something like the Capital, was to go back to the earliest aesthetic choices that they had made. If Hitler had won the war, there were these amazing designs of what his capital would have looked like. We went back to those designs. We looked at an Appalachian village for District 12, and we worked from there. There was plenty of room to grow as we moved forward.

Now that these Hunger Games movies are behind you, what would you say are the highlights of making these films?

You know, it’s hard to pinpoint. It was a magic combination. They were stories I really believed in, a world that was fun to build, and an amazing group of people. I made lifelong friends. It was really sad that it was over. Everybody had a great team spirit because everybody believed in the stories we were telling. You can’t ask for a better combination than that. That’s what I’ll take away from this. I’ll always be striving for that combination.

Francis, if you found yourself a tribute in The Hunger Games in that world, do you think you’d make it as a tribute?

Yeah, I’ve often said I’d go off and hide until everybody’s dead. And then come out at the end. (Laughing.)