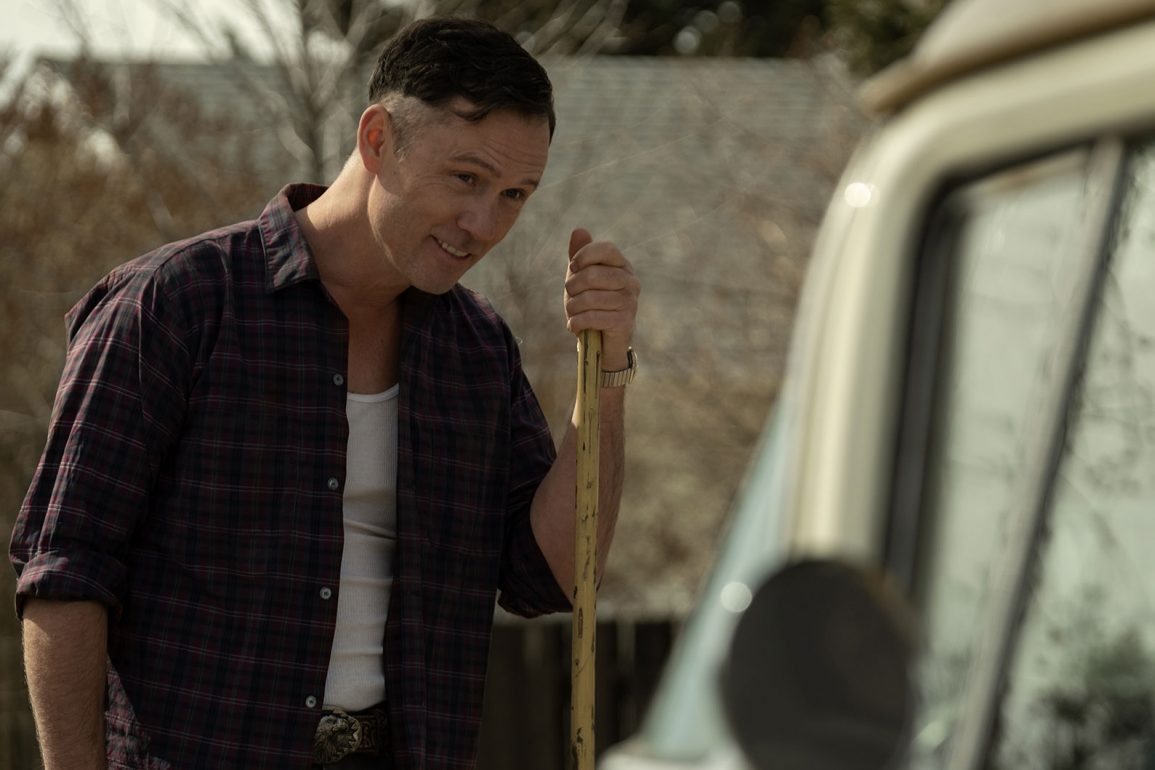 Most audiences might be familiar with the versatile actor Jeffrey Donovan from his seven-year stint as Michael Weston, the burned spy of the hit show Burn Notice, which ran over 100 episodes, plus a TV movie, but since hanging up the spy game, he’s been very busy appearing in notable films such as two films for Clint Eastwood – Changeling (2008) and J. Edgar (2011) – and a number of other strong pictures, including Sicario (2015), Shot Caller (2017), Sicario: Day of the Soldado (2018), and the criminally under seen movie Villains (2019). Released last year was the stellar film Let Him Go, starring Kevin Costner and Diane Lane, and it is in this film that Donovan solidifies his status as a deeply unsettling “heavy” who antagonizes the lead characters. He has a pivotal role in the film, and he took some time to discuss his work there as well as some of his other projects.

Thank you, Jeffrey, for taking the time to talk to me!

I’m a huge fan of Burn Notice, and I’ve followed your career ever since then. I want to start this by saying that I saw Let Him Go theatrically opening night, and I believe that’s the way people should see the film, but unfortunately that’s not how things are going right now. But I did see it in a theater, and it looked great on a big screen, and I loved it. It made my top ten of the year.

Transitioning from this hero that you minted on Burn Notice, where you were the hero every week on TV, you’ve lately been playing these guys that aren’t heroes, to put it bluntly.

(Laughing.) To put it bluntly, yeah! 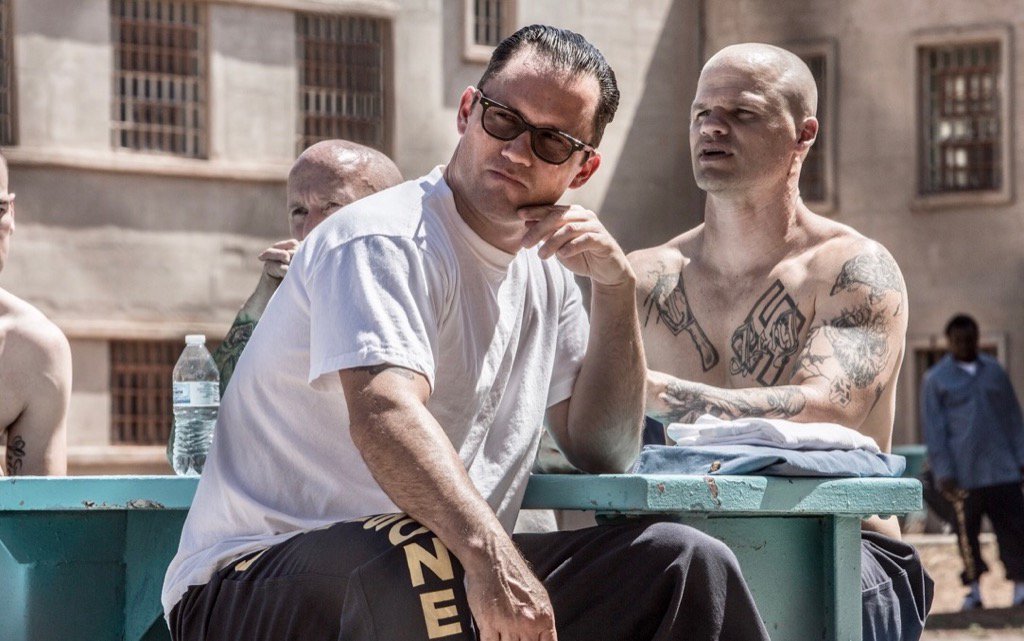 I’m talking about Shot Caller and Villains, which was another movie I saw theatrically. You have a real knack for playing guys who are not heroes at all. I would hesitate to call them straight up villains because they’re complex characters.

With every character I play, you’ve just got to start with the story and how that character fits into that universe that they’re making. Burn Notice was a very unique thing. It really hadn’t been done, as far as a model, which is a failed spy. Usually we work around a premise where the hero is good at what they do and is successful. It was great that this guy was a burned spy because he was just kicked out for no reason. And then he always wanted to get back in and helped people along the way. It took a toll on me after seven seasons because it was very hard to do every single day, over 110 episodes. When that ended, I definitely felt I needed to take a break

from the grind and the marathon of a series. And I don’t pick the roles that are offered to me, I just pick the roles that I want to do that are offered to me. It just depends on the luck of the draw. The first couple of films that I got after Burn Notice were some political movies: Sicario, LBJ … and so going into that, I knew that this was what I wanted to do: Anything that was different than Michael Weston. Of course, there was Fargo, which was another bad guy / heavy. It wasn’t so much that these were hard to do, it just became I get to play this guy in this universe. That’s how I’ve followed my career is what do I want to do next that will just make me truly happy.

The way you play the villain – and I hesitate to call him a villain – in Let Him Go, and even in Villains … I don’t know if you bring it to the set or if it’s on the page, or if it’s directed, but you have this unsettling smile that is at first disarming, but then it becomes sinister. It’s this perpetual, sinister grin, and it’s a part of these characters, and it makes me very nervous.

(Laughing.) When I smile in real life, I hope I don’t do that! (Laughing.) I know what you’re talking about, and I don’t know if it’s a conscious choice, but I always believe that bad, truly bad people don’t walk around looking like they’re bad people. The great kind of monsters of the world typically come off smiling and charming. It’s the people who I think who are good, oddly enough, who allow you to see that they’re in a bad mood and that they’re a little bit cranky because they’re not really after anything sinister. Whereas there’s people like … I did the Ted Bundy movie with Zac Efron. Everyone always talked about – I played Ted Bundy’s lawyer – they talked about him in all these documents, they talked about how charming he was. Always smiling. He smiled. He was very appealing. I thought, what an odd thing to walk around and people want to be your friend, and he just wants to kill you. So, I just thought that paradigm was – and is – always more interesting than walking into a scene twirling your mustache and going, You must pay the rent! That’s not very interesting.

In Let Him Go, I don’t even consider you the main heavy. It’s Leslie Manville who is. She’s the trainer, and you guys are all the pit bulls. That’s just the fate that you’ve all been born into.

Say something about working with her specifically. She was pretty awesome in the film.

Yeah, Leslie’s an incredible actress. I was very lucky. I made a joke when I arrived on set. With Diane and Kevin and Leslie, I went, Oscar nominee, Oscar winner, Oscar nominee, and there’s me. (Laughing.) So, you can imagine what it felt like to be in that playground. Not only was it an honor, but it was terrifying at the same time. You just want to bring your A+ game and just hope that you don’t let the film down and you hope you don’t let the other actors down, and then there was an extraordinary cast surrounding us. It was just an amazing experience with everyone. Leslie got off the plane from shooting a series on Hulu, shot with us for two weeks and left. It was a tour de force. She came in, she conquered, and then she left. Diane and Kevin were the lynch pins of the whole movie, and oddly, I got hired very last minute. I got hired on a Friday night. I flew to Calgary on Saturday, I did wardrobe on Sunday, and I was shooting that first scene with Kevin and Diane in front of my house on Monday morning. I went right into the deep end. 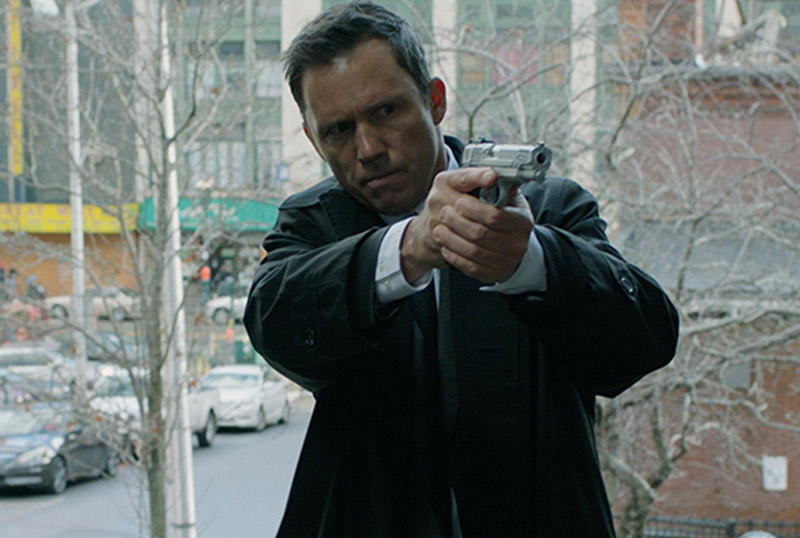 Well, you’ve had practice working with legends. You’ve worked with Clint Eastwood, Liam Neeson, and Woody Harrelson, and others. Say something about working with somebody of that caliber, like Costner or Eastwood.

They just do it in their sleep. They’ve done it for so long, and they’re so good at it. They have such an ease on set. There’s no delineation with them chatting with you next to craft service, and then chatting with you about a scene. It’s seamless. It’s natural. That’s why they’re among the greats. The scene with Diane and Leslie … they’re just chitchatting with you, and the camera rolls, and you just see this transformation happen, but it’s invisible at the same time. Whenever I do interviews, which I don’t do a lot, people always bring up people whom I’ve worked with, and I always forget that I’ve worked with the greats. I’ve been very lucky when I look back on the last 25 years of my career.

I wanted to bring up Villains again, because it went completely under the radar, as did Shot Caller. I felt like both of those movies were criminally ignored by so many. I thought they were both pretty awesome movies. Say something about both of those even though a little time has passed since they were released. Both of them should be noticed.

You know, I think they’re both great rentals. I think that what you said is pretty accurate. They went under the radar and they were missed by a lot of people. I think they’re great films … and Villains is very dear to my heart. It was just the four of us in a house for two months in upstate New York. We bonded and created a universe that I thought was just so fun to watch, and a tone that was just so hard to do. So, I think both of them are amazing things to kind of look back on and that people should check out. And then, a horrible, clunky segue is that Let Him Go will be a great rental, and then the DVD and Blu-ray are coming out on February 2nd. What’s great about the Blu-ray is that it has all the making-of featurettes and behind the scenes. You get to go a little more in-depth with Kevin and Diane, and myself, and of course the amazing Tom Bezucha, the director, who couldn’t have been more gracious in how he handled such a diverse cast. It’s such a fun thing to watch, the bonus features.

I know you have a western film already completed, right? Would you like to say something about that?

Yes. It’s set in the late 1800’s in Colorado. It’s called Surrounded. It’s directed by Anthony Mandler, and written by Anthony Pagana, and it stars a wonderful cast, and Letitia Wright is the brilliant actress who plays the lead. It’s just an incredible story and I can’t wait for people to see that.

I read that you’re a martial artist and that you have a black belt in Shotokan Karate. Do you still practice? Is that something you’re still into?

I’m still into it, but I don’t practice karate anymore. I picked up boxing and jiu-jitsu. I’ve been boxing for about six years, and I’ve been doing jiu-jitsu for about two. 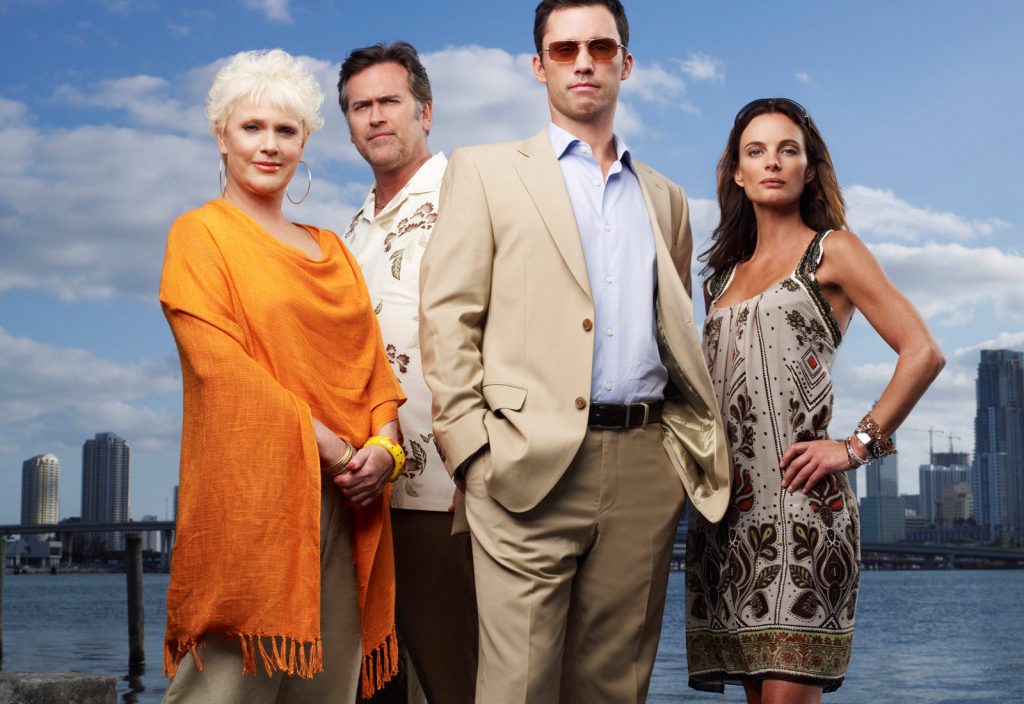 Would you like to say anything to fans of Burn Notice? I’m not going to beg for season 8, but I went so far as to read the spin-off novels of the show, so where do I go from here, you know?

Wow! You truly are a fan!

It was one of my favorite shows, man. Please shout out to the fans.

To all my Burn Notice fans, it was more my pleasure to make that for you than for you to watch it. I actually hope that there is enough energy to create a Burn Notice movie. I would love to bring that to screen, but as of now that’s just not in the cards, as of now, but don’t give up hope!

Thank you, sir. Catch you next time.

Let Him Go arrives on Blu-ray and DVD on February 2nd from Universal.