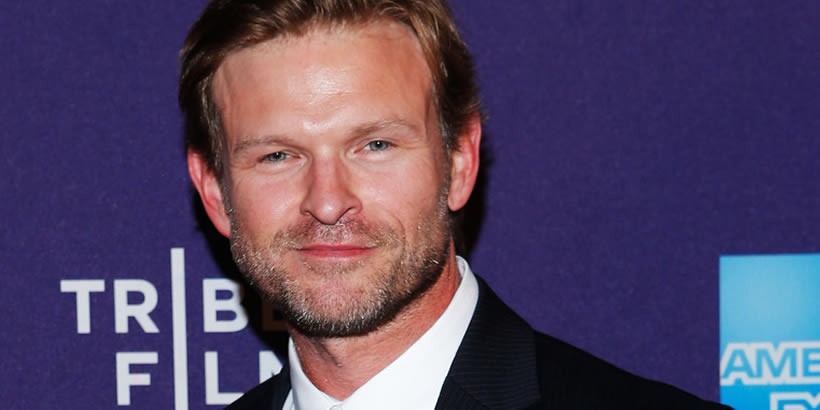 Josh C. Waller, the director of the hard-hitting tournament movie Raze and this year’s jungle chase thriller Camino – both starring action stalwart and stuntwoman Zoë Bell – has been a busy man in the last handful of years. In addition to directing several notable films (including McCanick, starring David Morse), his company SpectreVision has produced some of the more interesting genre films of the last few years – films such as A Girl Walks Home Alone at Night and Cooties. In this interview (compiled by an interview conducted at the time of the release of Raze and an interview conducted this week on Camino’s release), Waller discusses his work and his collaborations with Zoë Bell.

The era of the action star has been fading for quite some time, and it’s very rare for new action stars to come into the fold, so it’s really wonderful to see someone like Zoë Bell come in and make her mark in the action genre. Why do you think it’s so hard for women to become action stars? Why isn’t Zoë Bell a bigger star?

I don’t know. I probably don’t have a good answer for that. It’s a tough racket. Just look at the percentage of women who are the lead in films, let alone action stars. It’s bleak. It’s very bleak, and it doesn’t seem to be getting a whole hell of a lot better. I don’t know why action stars seem to be dissipating. I know we’ve had the Expendables movies recently and everything, and we have some pretty great ones who are still doing it like Jason Statham. He’s a solid action star. As far as female action stars, Gina Carano is working her way in there. Milla Jovovich has managed to secure her own thing with the Resident Evil movies, but the thing with someone like Gina, who would probably be someone great to work with, she brings all the action as a professional fighter. Fighters are taught to harness their emotions and rein them in because other fighters can see those emotions and use them to their advantage. It’s kind of the opposite of what actors have to do. As an actor, you have to open your soul to the world and just let them take a look inside. MMA fighters have a tough, uphill battle, I feel, and it’s not their fault. They’ve become champions in their own right. Everything that it took to become a champion is working against them as an actor. With someone like Zoë, she’s not a professional fighter. She fakes it for a living. She started out with gymnastics and became a martial artist, and she was a natural for the stunt world. She’s never done anything in her career as a stuntwoman that would work against her showing her emotions. I think it’s a much easier transition for someone like Zoë.

Who is the right audience for Raze?

Truth be told, the right audience is me. Kenny Gage, who co-wrote the script, and I are both huge horror fans. I am a little bit of a fanboy. I wanted to make it for me. It’s a good film for women, for teenage girls. I don’t think the leading element of Raze is women being abducted. It’s a gritty action movie. It’s purely a trigger to get girls to become fighters in this situation. Is it a movie for my parents? Probably not. Is it for people who can’t stand the sight of blood or anything intense? Absolutely not.

I want to ask you a careful question about the end of Raze. Did you shoot an alternate ending or is that all you shot?

No, no alternate ending. That was it.

Why did you end Raze the way you did? It made me mad.

I think that was kind of the point. The film is called Raze. It’s not called Sabrina. We looked at the concept and the situation of the tournament as the star of the film and something that is franchisable. Doug Jones has a line in the film where he goes, “You can try to escape. Many people have tried, but no one has ever escaped, I’m afraid. The tournament has been going on for thousands of years.” What makes Sabrina so special? Sabrina is special, but what makes her more special than all the other women who’ve come before her over the last few thousand years?

How was Zoë with the ending?

We were all in agreement with it. Looking back on it now that we’ve seen the film, we kinda wish … She managed to bring such a great character to life. She played a character that showed her emotions and she was strong as hell. We look at it now and go, “Dammit.” It was a choice. People will be pissed and bummed out by the ending. That means that we created a character that they liked. That means we did our job.

After Raze you did a movie with David Morse called McCanick and you’ve been producing some interesting films under your production company SpectreVision. Talk a little bit about the time between Raze and Camino.

Yeah, I’ve been focusing on SpectreVision. When I finished McCanick, we were getting ready to go into producing Cooties and A Girl Walks Home Alone at Night. We started getting the momentum going with the company. One of our movies fell through and there was a gap in our production slate at SpectreVision. I didn’t feel wholly comfortable putting any of our filmmakers at SpectreVision in a compressed timeline. “Hey, how about we go out and shoot a movie in four weeks?” I didn’t want to do that to anyone. The only person I would be comfortable doing that to is myself. Because it was a riskier position to be in, we didn’t put it under the banner of our company. We had the idea of the script, and it was originally for a man. I went to Mike Vogel, who I’d worked with a few times, and told him about it. He really liked it. I called him some time later and said, “Hey, brother, I think this would work really well for a woman.” He said, “Yeah, that is pretty interesting.” He conceded.

You and Zoë seem to be a really good team. Talk about working with her again on Camino. She’s still one of the most underrated and underused stars out there. She’s certainly great on the physical front, and she’s growing on the acting front.

I would just quote what you just said. You and I are of the same mindset. She’s still completely underutilized. She’s got the same dedication as an actor as she does as a stuntwoman. She’s going to grow more and more, provided that she’s being given roles that don’t require her to only kick and hit.

Camino is a really interesting movie. It’s different than anything that’s come out in the last ten to fifteen years. It’s not like any other movie I’ve seen in a long time.

Thank you. The project came together extremely fast. In this case, it was like, “Let’s try to figure out how to put something in this slot.” There was no script. It was purely in my head. I thought it would be cool to have someone running through the jungle. Tonally something like Sorcerer. Zoë would be great in it. Daniel Noah (also a partner in SpectreVision), who ended up writing it, and I thought we could work with some friends. We approached some financiers who’d worked on McCanick, which Daniel also wrote and co-produced. Here’s the story and I can do it for “X” amount. We made a pitch on a Thursday. They said, “Can you do it for this much?” I said, “Yeah, I can do it.” Then it was “Okay, let’s make this happen.” We took it to AFM for presales, which was the following Wednesday. Less than a week later. We didn’t have a script or a treatment yet. I had a one-page pitch. We needed some development money to get going. The next day, on Friday, we hashed out the whole story, and then on Saturday and Sunday, Daniel wrote the script, and then we presold it at AFM, and then two weeks later I was in Hawaii making it. The production was extremely compressed. We literally only had a few weeks of prep. I created a story around someone being chased through the jungle, and I wanted it to have some emotional threat. I wanted everything to be different about it. I even wanted the score to be something I hadn’t heard before. I didn’t want anything to be normal about it. Including the fights.

Yeah, say something about the fights. There’s a great one where Zoë is taking a beating, but finally turns the tables on her attacker.

When it came to the fights – and because it was such a compressed timeline – we weren’t going to be getting all the actors for fights. With Raze, we shot it in Los Angeles and all of the actors were in Los Angeles. The actors put in more in the off time to learn choreography and learn boxing and have personal training. We had all that. In this case on Camino, everyone had Christmas coming up and we were shooting on January 3rd. Our actors arrived between Christmas and New Year’s. That meant we were only going to have a few days to work with them in prep. They’re not physical actors. They had physicality, but they weren’t stunt people. We had to make sure the fights felt a little bit more real. I didn’t want to show Zoë as a straight-up badass. Coming out of Raze, we didn’t want to show her straight up kicking ass. Let’s do the opposite of that. I wanted people to think when she’s forced to defend herself for the first time that she could die. I wanted people to cringe. Truthfully, during that first fight, her character also thinks that she is going to die. You can see it in her eyes. I wanted to show that we’re essentially just animals in the middle of a jungle full of other animals.

I actually much preferred the ending of Camino to Raze. Just wanted to say that out loud.

I will be the first to say that I was the person who decided to make her die in Raze. It’s a dark one. All of the people in my inner ear who were mad at me for killing her were going, “Let’s try to make this one a happy ending.” I’m not all darkness. I have some light in me.

XLrator Media will be releasing CAMINO in theaters on March 4th and on VOD and iTunes on March 8th.