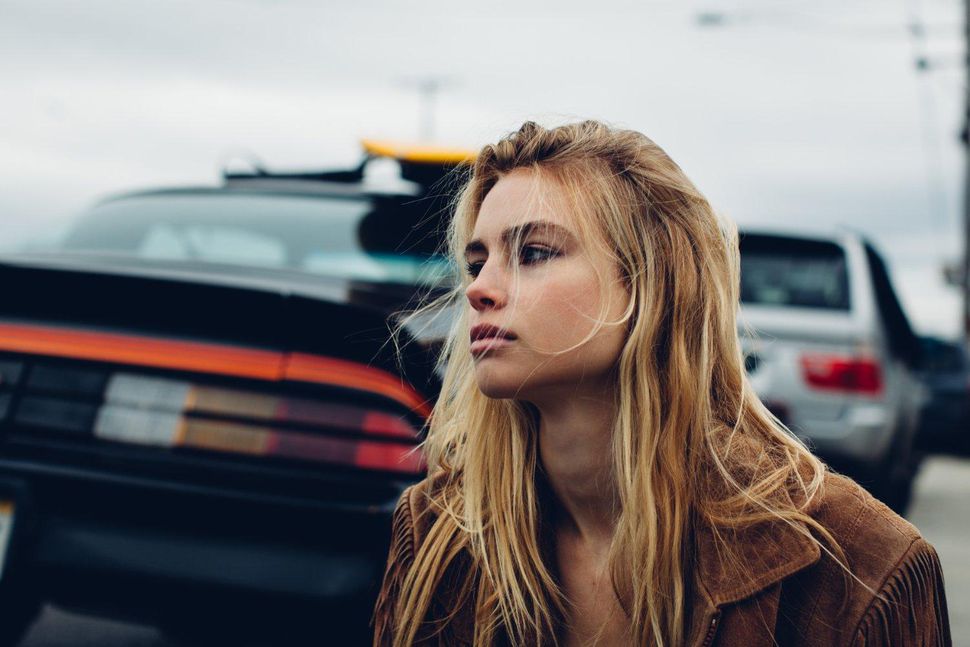 Greg McLean’s new supernatural horror thriller The Darkness plunges viewers into a story about a family that returns from a vacation with a malevolent attachment to one of their own, and the parents – played by Kevin Bacon and Radha Mitchell – do everything they can to hold their family together, while the children – played by David Mazouz and Lucy Fry – have their lives turned upside down. Fry, a young Australian actress who’s worked with McLean several times now (she was also in his Wolf Creek TV series), took a few minutes to discuss her role in The Darkness and working outside of Australia for the first time.

You’ve worked with director Greg McLean a few times now that you’ve done both the TV series of Wolf Creek and now The Darkness. Talk a little bit about working with him.

I love working with Greg. He’s an amazing director. I love his vision. He’s so clear about what he wants. He’s a genius in the horror/ thriller genre. I would come to set and he would have a vision board of every scene and what he needed from every scene. That made me feel really safe as an actress because we were going into some really edgy places. I felt really safe to go there because I knew exactly what needed to be done for the story. He creates this feeling on set of playfulness and levity and this brightness and I felt just as open to cry and scream as I could laughing and giggle about it. He’s so specific and he made me feel so safe, and that opened up so many possibilities.

I remember when I saw the first Wolf Creek movie, and it totally annihilated me and made me angry. You’ve seen it, right?

Mmmmm. Yeah. John Jarratt is a genius in how he plays that character. Especially as an Australian, he feels like someone you can run into in the outback. He’s got that laugh that gives you shivers up your spine. He’s so grounded, and he never overplays it. He’s such a nice guy who is killing people. He has a knack for it. It’s terrifying!

Yeah, that’s his character. He’s nice to you and then he impales you while he’s laughing.

Yeah! And then he kills you!

On The Darkness you got to work with Kevin Bacon. What was that like for you?

It was such a treat to get to work with Kevin because he’s so professional and such a hard worker and so focused. He’s very present in the scenes. Obviously, he’s a dad, and he really was able to step into this role and care for us. It was so easy for him to protect us and fight to keep the family together and keep us strong. I felt so lucky that he was so open with me. That was the first film that I shot in LA and he was really helpful when I had questions about how to manage the industry here and what this world is. It was great to have him play my father and to have that role model. I was inspired by him. This was my first film, and it was such a gift to work with him.

Well, being from Australia, what was it like for you to come out here and shoot a movie on location? Greg is Australian too, so that must have helped, right?

Yeah, there were actually a lot of Australians on the set of this film so I felt quite at home. It was lovely. Radha Mitchell, who played my mom, is also Australian. The DOP and the costume designer were also Australian. I felt really at ease, which was lovely. This was the first time I’d done a film in the States, and it was great that it felt so much like a family. It was a key element of the story that you believe that this was a family.

Say something about the horror genre itself. It’s really dominating the box office, it seems, these days.

That’s one thing that’s important about the horror genre is that it gives people a chance to release. If you’re feeling anger or if you’re full of fear and if you watch horror, it gives you a chance to let that out. Maybe it’s getting more popular because we’re all going a little bit crazy and we need to release it somehow. Maybe this is a way to get a look at it and be cleansed by it.

Say something about being in one. Looking at your filmography, you’ve not really done something this dark before, aside from the Wolf Creek series.

It was really cathartic, actually. At the time, I was going through something that was a little difficult, so it was really amazing to get to go to work every day and scream and cry and release all that and then get to go home. I felt really light and happy. I felt like it was a Halloween party on set. We laughed about it afterwards. We were going into such a dark space, and it was great to sort of release all of those pent up feelings.

Are you a fan of horror movies?

I’m an absolute scaredy pants. I get terrified really easily. It’s easy for me to do horror and cry a lot because I get scared. When I saw The Ring, I had such bad nightmares that I couldn’t watch another horror film. The only other horror film I watched was Wolf Creek.

What are you hopes for this film?

I think the audience is for young people or anyone who loves horror. There’s a character for young teenagers to relate to, and there are characters for adults to relate to as well. It’s almost like “family horror.” If there’s a mother and daughter who want to watch a horror film together, it would be good for that. That’s kind of rare, I think. It’s very grounded in the reality of the family. As soon as you step inside their circle, you see that they are full of inner turmoil and flaws. That’s something that’s really fascinating. I hope that it gets a wide audience.

The Darkness will be released in theaters on Friday May 12th from Blumhouse Tilt.