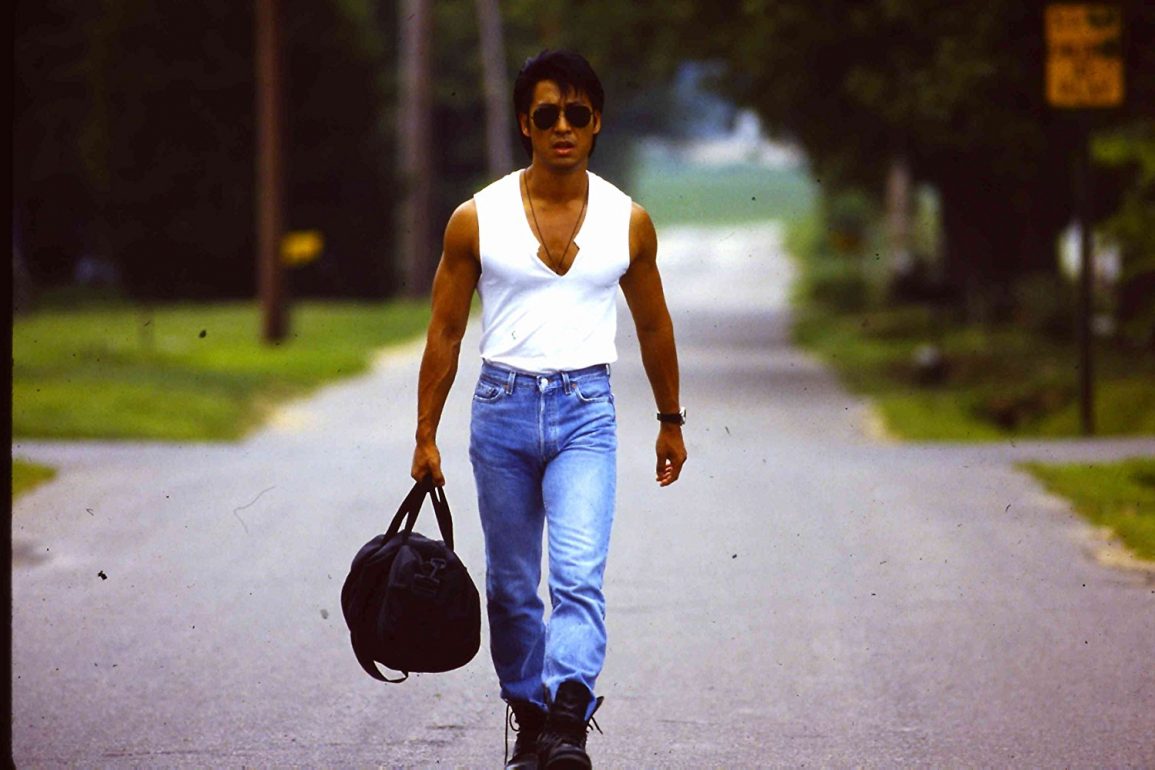 The name Phillip Rhee is synonymous with the Best of the Best franchise that began in 1989 and carried through unto 1998 with the fourth entry Best of the Best 4: Without Warning. Rhee, whose own life story inspired the first film, has been conspicuously absent from the action and martial arts world since 1998, but he’s back in several capacities as writer, director, producer, and star in the family-friendly martial arts movie Underdog Kids, which is out on DVD and VOD July 7th, 2015. Rhee has always been one of the most underrated martial arts action stars in the business, and with his return to movies, he took some time out for this interview to discuss his career and his latest endeavors.

Phillip, I’ve been a fan of yours for a long, long time. I’ve seen everything you’ve done going back as far as the first film you did with your brother Simon – a little movie called Furious.

I’m so glad that you’re finally back with a new movie. We’ve waited at least 15 years for your return. Best of the Best 4 was your last movie, and that was in 1998! What have you been up to all this time?

Yeah, what happened is that I got into technology sector. I got involved with the former president of Warner Brothers. We became partners and we created a 3D conversion company. We were converting a lot of movies into 3D. My passion has always been the martial arts, and I always wanted to get back to my roots.

You started directing with Best of the Best 3, and you directed the fourth film as well, and now you’re back in full capacity with your new film Underdog Kids: You star in it, you directed it, you wrote and produced it. You’ve always been a screenwriter, though. Talk a little bit about all your roles on these films.

When I did Best of the Best 3 for the Weinstein Brothers, it did really well for them. They wanted me to do part 4, but I didn’t have a script or anything for it. Basically they said, “You write it, you direct it, you star in it, and we’ll write you a check.” The lesson learned is that whatever you do, it’s got to come from the heart and don’t just choose the money. When I did Best number 1, number 2, and number 3, they came from the heart. With 4, I chose the money. Creatively, it was not the best. It was not the best work I could have done. Interestingly enough, someone just sent me a list of the 15 most inspirational sports movies of all time, and they listed Best of the Best on there.

I would put the first Best of the Best right after Rocky. It’s that good.

That film came from the heart. It’s based on my story from when I competed in 1980 against the Korean team.

Talk a little bit about what got you excited to write and make Underdog Kids.

Underdog Kids is something I wanted to do because it’s about families getting together. It’s set during the recession when everyone was going through a very difficult time. Parents were getting laid off, getting their cars repossessed. I wanted to make this movie and say that life can be difficult, but don’t give up. I grew up with movies like Rocky and movies that really inspired people. We don’t see that anymore. We see a lot of digital effects, a lot of explosions, and there’re no more family movies. It’s just animation; no live-action family movies. That’s why I started to write it. It’s going to be very reminiscent of Best of the Best. It’s that with kids.

Why didn’t you just call it Best of the Best 5?

You’ve never done a family-oriented movie before. Kids these days are used to seeing massive big-budget effects films like Transformers and The Avengers. Do you think something like Underdog Kids will be accepted with kids and families these days?

Yeah, absolutely. When there’s a good movie, the movie will find its audience. When Best of the Best came out, it became a phenomenon because of word of mouth. Guys like UFC champ Chuck Liddell has said that it’s one of his favorite movies of all time. I think this one will do the same. It’s a movie with heart. It makes you laugh. I showed it to an audience full of kids, and they laughed like crazy. It will make people cry – not out of sadness, but out of happiness. The greatest gift a filmmaker can give to an audience is to move them emotionally so much that they will cry. If you make them cry out of sadness, that’s cheap. If you do it out of happiness, that’s the greatest gift you can give to the audience. Underdog Kids has that. That’s why Best of the Best – out of all the martial arts movies out there – is still hung onto by the fans. Remember – it’s because of the last scene. Tough guys cry. Not out of sadness, but out of complete happiness. That’s really difficult to do.

Did you ever see Red Belt?

I did. David Mamet. I enjoyed it.

James did all the fight choreography and second unit directing on Underdog Kids. My brother Simon was a consultant on this movie. Simon just finished working on the new Terminator movie. They are very important. Keeping good relationships is really important. There’re a lot of fake people out there. Guys like James and my brother … we go back so many years. We always watched out for each other. Over the years, we’ve each given some people their first big break, and those people go on to become big stars or fight coordinators. It always comes back to you.

I’ve always wanted to ask you or Simon something. When I saw Furious years ago, Simon had the lead role in the film, and you had the secondary role as the villain. It’s interesting that you ended up becoming the front and center action star, but Simon works more behind the scenes on films and became a fight coordinator. How did that happen? Did you two have an understanding a long time ago that Simon was supposed to be the big star and you would be the secondary star, or what? It worked out differently for both of you.

It was a matter of … my brother is really talented. He comes up with great stunts and fight scenes. For me, I always wanted to be on the creative side of writing and coming up with concepts, developing, and getting things financed. But I think my brother has it much better than I do. He’s so busy now. He’s doing a Marvel movie … he’s doing really well. I’m so happy for him. For me, developing projects takes a really long time. You’ve got to write it, and then you have to rewrite it. I have to put all the elements together and put the financing together. It takes many years sometimes.

Did you get offers in between the Best of the Best pictures? Between each entry is a matter of years, sometimes two-four years.

I had a three-picture deal with Warner Brothers. There was a project that I created called Kato, and Oliver Stone took me to Warner Brothers. We made that deal. Working in the studio system is just brutal. The development takes many years. I got lost in the shuffle there. I also had a deal with Village Roadshow with the executive producer of Rocky. Also with Babaloo Mandel, who wrote City Slickers. We made a three-picture deal worth 9 million dollars. Then, the CEO changed at Village Roadshow, so we were back down to zero. That’s the business. I did get other offers, but they always wanted me to play the bad guy. Bad guys are okay, but the things that I was getting offered didn’t excite me.

Is there anything else you’d like to say about Underdog Kids?

It’s an inspirational picture that both adults and kids can relate to. It’s about conquering your fears. Like I said, it’s about never giving up. It’s a lesson that all of us can relate to.

Phillip, what would you like to say to your fans?

Expect more films to come from me!