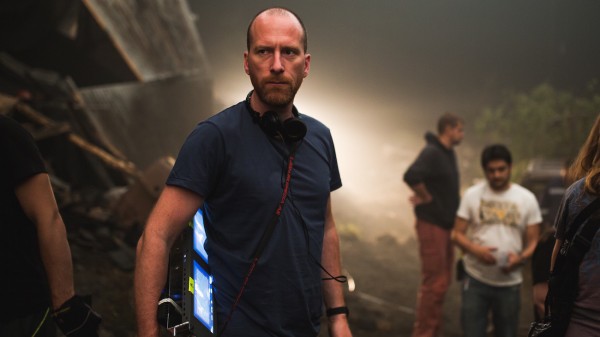 Interview with Roar Uthaug on The Wave

One of the strongest filmmakers working out of Scandinavia – and Norway, specifically – is writer / director Roar Uthaug, who has made three very solid films, each in a  different genre. His film Cold Prey was a kick in the pants to the slasher genre, his movie Escape was his Norwegian frontier adventure film akin to Conan the Barbarian, and his latest film is the disaster movie The Wave, featuring a major natural disaster where a mountain collapses, inciting a monster tidal wave that obliterates an entire town.

Uthaug, who is also tapped to direct the Tomb Raider reboot movie, took time to discuss his inspirations and his career as Norway’s premier genre filmmaker.

The Wave opens theatrically and on-demand on March 4th, courtesy of Magnolia Releasing.

I’ve seen three of your movies. Cold Prey was the first film of yours that I saw when it was released some years back. I watched Escape as well, and now I’ve seen your latest one The Wave. I think I’ve got a nice reference point for your career. It seems fairly obvious that you really like having a strong female character at the center of your movies. Say something about that.

Let’s say something about the strong female character in The Wave. She’s played by Ane Dahl Torp. She’s a strong mother, strong wife. She’s a survivor and a warrior all in one. She almost overshadows her male counterpart in the film.

First of all, we wanted the female character to be more than just the wife in peril. We wanted her to be powerful all on her own. I think playing off the dynamic between her and her husband in the movie was an interesting way to go with her character.

You’ve worked in some interesting genres. You don’t repeat yourself, which I really like. Cold Prey was a really good slasher film. I wouldn’t say you reinvented the genre, but you definitely did your own thing with it.

Then, with Escape, you did the frontier barbarian-era movie. It was your Conan.

The Wave is your disaster film. Say something about working in those different genres.

First of all, making movies in Norway, you can still be the first to do these genres. I think that’s interesting. I like taking familiar, international genres and making them my own. I take our vision of nature and show the way we see those characters. You see that within our genre conventions. I think interesting things can come of that. Horror movies were the movies that got me into making movies. I remember seeing the old movies in my room with the sound off because my parents wouldn’t let me watch horror movies. I was really scared by them, but I remember thinking, “How did they do that? How did they impale this character? How did they do that?” It was movie magic. It drew me into starting to make my own movies. My first movie was in the 8th grade. It was a kind of a slasher movie called The Axe Killer. It was me and some friends running around the school, killing each other, cutting each other’s heads off. That interest kind of grew. I watched the Peter Jackson and Sam Raimi movies, and also a lot of ’80s slashers like Friday the 13th and those movies. I really grew into those. I have a huge love for those, and I read Fangoria magazine. I still have my collection. The disaster genre … when Twister and Armageddon and Independence Day came out in Norway, I went to see them. They were the ultimate Hollywood blockbuster movies. I really enjoyed going to see them. That’s how I got into the disaster genre. I think I watched all the ’90s disaster movies, and I’ve also seen the classic ’70s movies too. I’ve always been a fan of those movies. When the producers of The Wave came to me with a story about a mountain and a situation with the fjord, I thought it was a brilliant idea for testing my vision of a disaster movie.

Something really interesting about your movies – and it’s probably because you’re making movies in Norway – is the landscape. The landscape is almost a character in your movies. With The Wave, the mountain is pretty much the villain of the movie.

Say something about shooting in Norway and how the landscape affects each movie you do.

Nature is a very big part of our culture. It’s also great production value to have these landscapes. We don’t have to build huge sets. We have these fantastic nature scenes. We have to be smart about how to use these production values. We live very close to nature. It’s a big part of our everyday life. We don’t have very big cities. We can take the train for ten minutes and you’re out in the forest. That kind of natural influence is a part of our movies. The horror movie or the barbarian movie would be very secluded and cut off from other people and help. It’s a good thing to play around with those kinds of genres.

Your movie Escape was a solid film. Were you thinking about Conan, or is that kind of story embedded in your culture? The Viking-era type movie.

It’s like a western. Like you said, it’s kind of a frontier movie. We don’t have cowboys and Indians, but it’s like that. I wanted to make a western-like film. Prairie movie.

Going back to the strong female characters in your films, is that in your culture to have strong warrior women?

I’m not sure if it goes that far, but we had a female prime minister in the ’80s, and we have one now. So I think female liberation has come very far. Equality between men and women. That could be it.

Who is the audience for The Wave?

It’s got the spectacle you expect from a disaster movie. If you like San Andreas and movies like that, then you’ll like it. It has emotional connections to the characters. It has everything that a Hollywood blockbuster has. We have the best actors in Norway in it. Also, if you’re a fan of more character-driven films or films from Scandinavia, you’ll enjoy it as well. And it has amazing nature scenes. Also, what you see in the movie will actually happen someday.

You made a little movie called Magic Silver that I wanted to mention. I’ve not seen it, but it looks good.

Oh, I was a gun for hire on that one. It was a children’s movie. It was nice to do a movie where I could take my kids to the premier.

I would love to do something like that. I love Alien and Aliens and the first two Terminator movies. They’ve been a big influence on me. I would love to work in those genres. I’m very excited about Tomb Raider. We’re working with a screenwriter now. I’m hoping to bring that to the big screen soon.

Anything else you wanna say about The Wave or any of your other films? I actually really like Cold Prey. I like the first sequel too. I know you didn’t direct the sequels, but I like them.

Going back to my roots of watching horror movies, I’m really inspired by Peter Jackson and Sam Raimi and how they were able to move their careers forward from doing small movies with their buddies to making giant superhero, Lord of the Rings films. I would love to do something big like that someday.

Well, I hope Tomb Raider does that for you. It’s a studio film, right?

Yeah. And I’m very excited. When the game was reintroduced, they made Lara Croft more of a real character, a real human being. I really want to bring that over to the big screen as well.

You’re the guy to make Tomb Raider, man. They picked the right guy.