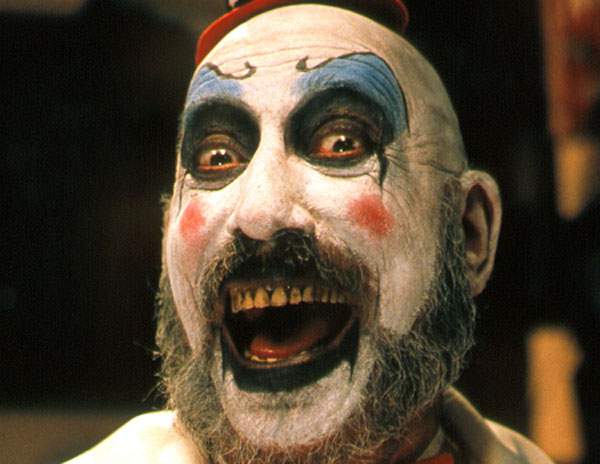 Before taking on the mantle of the role that would virtually define his career – Captain Spaulding in Rob Zombie’s House of a Thousand Corpses and in The Devil’s Rejects – character actor and career bad guy in cult films all across the board Sid Haig had already starred, co-starred, or appeared in dozens upon dozens of feature films and television shows since he started acting in 1960. With credits to his name like Foxy Brown, Jason of Star Command, Galaxy of Terror, and Commando Squad, Haig continues to act, and he has a small, but memorable role in the new Kurt Russell-starring western called Bone Tomahawk, which is out in theaters and on demand on October 23rd. In this brief interview, Haig was kind enough to speak with us at The Action Elite about his role in the film and commented on a few other questions.

Your role in Bone Tomahawk is small, but you’re memorable in it. You’ve made a career out of playing very interesting and textured villains. Would you like to say something about that?

Well, it’s the truth. A lot of roles that I’ve gotten, I try to do the best I can. I wait for the good one to come along. And they have along the way, but Bone Tomahawk I think is going to over really well.

It’s been a long time since you’ve done a western, right? You even did some episodes of Gunsmoke.

I remember watching you in a handful of things growing up. You did a couple of movies with Fred Olen Ray that I watched more than once. I’m thinking of Commando Squad and Warlords. Do you have any vivid memories from working on those pictures?

Fred Olen Ray is a great guy to work with. On Commando Squad I got to work with a longtime friend, William Smith, and it’s always good when you get to work with friends. There was a harrowing experience on that picture because there was supposed to be an attack on our camp, which was a drug operation, and so Bill and I jumped into an open jeep and we try to make an escape, bombs are going off all around us. The last one was supposed to hit the gate and blow the gate open and we drive through. Well, we got closer and closer and closer, but nothing happened so we decided to just crash through the gate, and just as we got almost in touch with it, the bomb went off and we could feel the heat and the weight of the gasoline coming across our backs. Yeah. It was kind of scary. Warlords was great. I had a great time working with everybody there. My longtime friend Ross Hagen was on it, so we had a good time. And David Carradine was great to work with. That was a good experience.

You made a career resurgence when Rob Zombie brought you back in a big way with House of a 1000 Corpses, and it’s been great seeing you on a big screen again even in as small a roll as Buddy in Bone Tomahawk. Any comment about your comeback and the momentum that you’ve been able to sustain?

I have Rob Zombie to thank for that. He handed me the role of Captain Spaulding, which started the whole thing off, but unfortunately a lot of people thought that that was my first film. I’ve been in this business for more than 50 years and I’ve done over 80 films. But people caught on to that character – and for one reason or another – they have done some research on some of the other things that I’ve done and have brought me screen grabs to sign from things like Emergency! and all the old stuff that I did, so the people are catching up with me.

You got a chance to do some scenes with David Arquette on Bone Tomahawk, and your scenes together are great. Is there anything else you’d like to say about working on that?

Working with David was very cool. We had an opportunity to very easily work out the relationship between those two characters. Craig Zahler, the director, just let us go, and once in a while he’d have a little suggestion. Everything sailed along smoothly.

I’ve got to bring up Jason of Star Command. Do you have any fond memories about working on that fun show?

Most fond memories! We shot 15 episodes in five weeks. The only way we could accomplish that was we would take everything in one location from all 15 scripts, and that was the control room, and do everything in the control room for all 15 episodes all at the same time. You kind of had to keep your head where you were and what episode you were in, what happened before and what was about to happen. It took a lot of mental juggling to get that accomplished. They were great people to work with, and we remained friends.

Sid, is there anything you’d like to say to your fans?