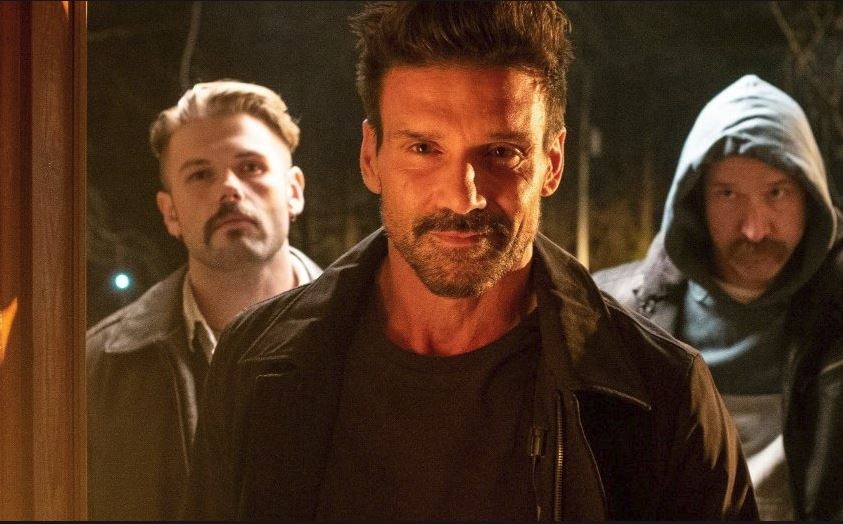 INTO THE ASHES is a solid but flawed entry into the “revenge” subgenre. If you are a fan of the cast or “southern noir” films, it is worth your time.

Plot: Nick is an ex-con adjusting to a normal life in rural Alabama with a new job and a new wife. When some former associates track him down looking for retribution, he is forced back into the desperate and violent life he thought he left behind.

Review: Stories of revenge are a staple of genre cinema. There is something primal about the thought of taking the law into our own hands and striking back at those who wronged us. This base power fantasy has led to countless tales of revenge being told in every media imaginable. Film though, has had a strong fascination with revenge stories since it’s inception. Whether it’s Charles Bronson in DEATH WISH, Robert Mitchum in the original CAPE FEAR, or Chan-wook Park’s VENGEANCE trilogy – movie audiences love films about retribution.

If there truly are no new ideas though, and with revenge films this is especially true, how does one differentiate itself from all the others?

This is one of the problems INTO THE ASHES struggles with.

INTO THE ASHES tells the story of Nick Brennan (played by Luke Grimes of the television series YELLOWSTONE). Nick is a career criminal who has escaped his old life and is now living a peaceful existence in a sleepy southern town. He’s married to a beautiful woman, played by Marguerite Moreau (WET HOT AMERICAN SUMMER), and working an honest job repairing furniture. The most excitement he gets is weekend hunting trips with his best friend, played by James Badge Dale (IRON MAN 3).

Nick’s world is upended when Sloan, his former partner in crime played by Frank Grillo (THE PURGE: ANARCHY), is released from prison and sets his sites on tracking Nick down in order to make him pay for the years he spent in lockup. Sloan is also looking for a large sum of money that Nick ran off with and he doesn’t care who he has to hurt to get it back. Sloan’s quest for revenge quickly and brutally sends Nick on his own path of retaliation, that can only end when one of them is no more.

INTO THE ASHES is the latest film from director Aaron Harvey (CATCH .44) and he directs the film with a sure hand that captures the somber feel of the wintery southern landscape well and gives the cast ample room to show off their talent. The problems with INTO THE ASHES really begin with Harvey’s script. The film has a strong, if pretty standard for the ‘revenge” subgenre, build-up in its first two acts but as it enters its third it begins to fall apart. Aaron Harvey has cited the classic Paul Schrader/John Flynn revenge thriller ROLLING THUNDER as a primary influence on the film, and it shows in the tone and the relationship between Grimes and Dale’s characters especially but what ROLLING THUNDER has that INTO THE ASHES sorely lacks is a cathartic release for the audience.

ROLLING THUNDER climaxes with a gritty shootout that allows the audience to feel like the protagonist has gotten some measure of closure, even if it is mostly meaningless. INTO THE ASHES begins its final stretch with a fractured time narrative device that robs the film of much of its momentum when it should be barreling forward. When the film doubles back to show the events it skipped over initially, the film just sags. There is some impressive gunplay on display in the flashback but it is hard to regain interest when we know its outcome. The film’s biggest sin, however, is leaving the fate of one of the main characters almost completely up to the imagination of the audience. This denies the audience, who invested in the narrative, of a sense of much-needed catharsis.

When there is heavy tension and very little release – it leaves the viewer with a sour aftertaste. It’s a shame, as for most of its runtime, INTO THE ASHES is a solid slice of deep-fried noir. The performances are across the board excellent, though I have to say Luke Grimes felt miscast as Nick. He is noticeably younger than everyone in the cast and it sometimes became distracting. Ideally, the roles that he and James Badge Dale play should have been reversed. Dale brings a real lived-in weary yet likable quality to Nick’s only friend during the ordeal and it’s easy to see that the film would have been stronger if they had swapped roles.

Special mention should be made of the performance by Robert Taylor (LONGMIRE). He plays the local sheriff, with a personal connection to Nick, who is trying to put a stop to the violent conflict. Taylor brings a necessary gravitas to every scene he is in and the film would not work nearly as well without his presence. Frank Grillo also elevates the film exponentially as the menacing Sloan. It’s clear to see why he is in such high demand as an actor and his scenes are likely to be what sticks with you the most after the credits roll.

INTO THE ASHES is a good entry into the “revenge” subgenre but the frustrating narrative choices near its end keep it from being one that I can strongly recommend. If you like the cast or noir revenge tales then it is worth your time though, as long as you keep your expectations in check.