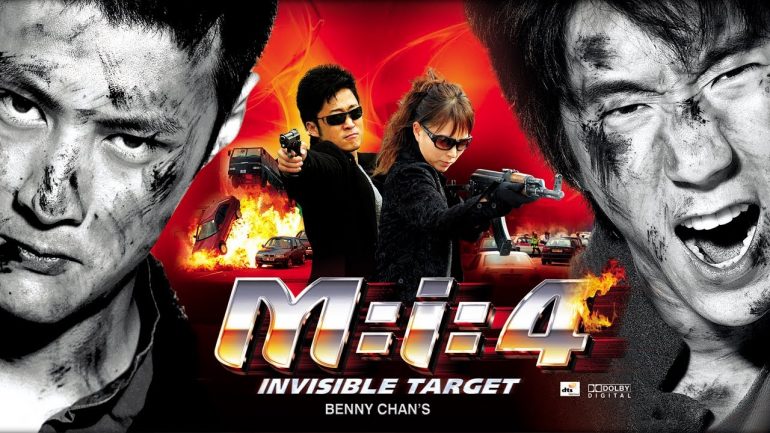 With a solid story, characters and action, you’ll definitely know why Invisible Target is praised by fans of the action genre.

Synopsis: Three cops team up to bring down a criminal gang of seven, who have their own hidden agenda.

Review: So I mainly watched Invisible Target because of the martial arts fight scenes, but it turns out that I got more than what I bargained for. In fact, it is a jack-of-all-trades type of actioner. With that being said, you’ll see all types of action here: gun fights, chases, explosions, you name it, and all of it is quite intense, not to mention that the gun fights resemble stuff straight out of a John Woo classic. But it’s the fights that get the most recognition. Nicholas Tse and Shawn Yue shine in their roles. Wu Jing is ruthless in his part as the sadistic antagonist of the film, as noted when he forces bullets down Shawn Yue’s throat. Jaycee Chan shared a moment with Tse and Yue in a major restaurant fight. However, he doesn’t really go anywhere beyond that, and I really wished Jaycee could be utilized more, given that he is Jackie Chan’s son. The final showdown is epic, with a fair share of extended gun fights, grenades and hand-to-hand combat. The only thing I lament is Andy On and Jaycee not fighting each other when they had the chance.

Invisible Target picks up the basic revenge plot formula, but it adds its own twist and turns to keep the story from being as predictable. I won’t be spoiling any of them here though, so you’re gonna have to watch the movie to find out for yourself. Our main characters are convincing, and their motives are clear. Nicholas Tse is the depressed widower. Shawn Yue is out to get revenge for his comrades. They are both shown to be aggressive and take matters into their own hands to get what they want. Among the trio, only Jaycee’s character is by-the-books and not as revenge-driven, and nice to see the three eventually put their differences to fight a common enemy. Wu Jing is cunning and sadistic in his role, and it really shows in his mannerisms and tone of voice. Andy On could be just as cruel, but he still has a conscience in the end, acknowledging the error of his ways.

With a solid story, characters and action, you’ll definitely know why Invisible Target is praised by fans of the action genre.