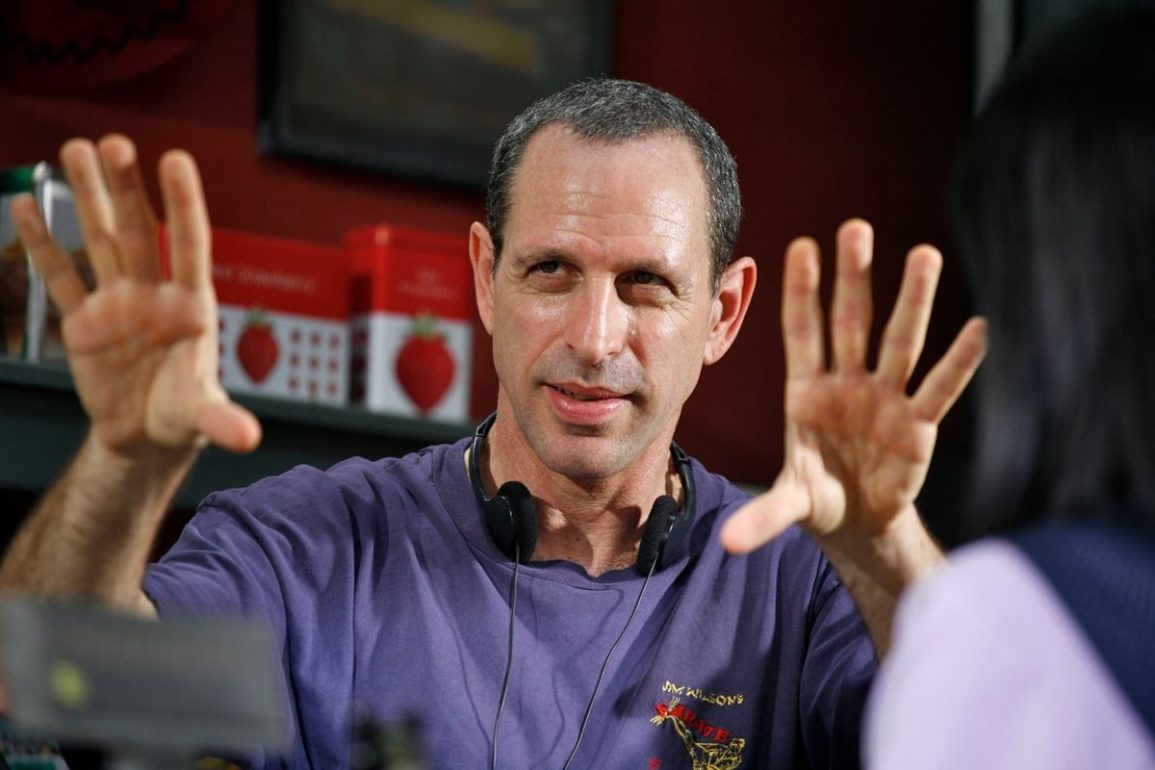 Worshiped by his fans for many years, Isaac Florentine has built up his excellent reputation within the movie business. Attracting action movie fans with Undisputed II: Last Man Standing, the film received rave reviews not only for its groundbreaking fighting scenes but also for its complexity and dramatic qualities. He followed that up with The Shepherd, Ninja, Undisputed 3: Redemption, Assassin’s Bullet and Ninja: Shadow of  Tear. His latest film Close Range is out now on VOD and we spoke to him about the movie, his shooting style and more.

Close Range pays homage to the spaghetti western genre; were those films a big influence to you?

I grew up on spaghetti westerns. That was my favorite genre when I was young, the Italian classics. I adored the actors and directors like Sergio Leone, Sergio Corbucci. Films like The Big Gundown, The Great Silence etc., so yes I am a huge fan of spaghetti westerns.

Specifically in the action genre, is it harder to storyboard all the action? So much of it is free flowing is it better just to provide guidance with the fight choreographer and sit back and let it unfold?

There is something that experience gives you, and seeing stuff in advance before you even go there. I go to locations and block everything, and it’s not that I don’t storyboard but I have my own way of indicating my notes. It’s something I understand and I can communicate and explain to others what it is that I want. Even for fights – I come from a background in karate, so the techniques and the terminology I use myself is Japanese terminology, however coming from Israel I only write in Hebrew. So to see my shot list, if I am indicating L (left) and R (right), those will be in Latin letters, then instructions will be in Hebrew letters and the martial arts techniques in Japanese. For me it’s very clear, but to anyone else it may be like trying to read Greek.

You and Scott Adkins obviously have a good working relationship. What is it about working with Scott that gels so well with you?

First and foremost, both myself and Scott love the genre. From day one I always wanted to do action movies and even when I shot stuff in high school with Super 8, these were the type of movies I wanted to do. Also, Scott is a really hard worker and that is something I strive for myself. When I shoot I think to myself ‘this is the last movie I will make in my life and I will be judged by this movie’ so I try to put everything I have into that film. That is my philosophy: do the best you can, and Scott is the same way. When he comes to work, he comes to work hard. Another reason we work so well together, when we discuss something or even argue it is what is best for the character or the scene or the situation we are dealing with – it is never about ego, but what is right for the movie.

In your other films like Ninja and the Undisputed series, the action either takes place outdoor or in a ring whereas the majority of the action in Close Range takes place within the confines of the farmhouse. Does that make it a lot tougher to shoot considering that was an actual house and not a set?

It does and it doesn’t. It limits you because that’s all you’ve got so you can’t move things around but on the other hand you have this location so you think to yourself ‘how can I use it to its full capacity?’ So we used the house fully, exterior and interior. A lot of the action was built around what we have. We have a corridor; OK let’s set it in this corridor. We have this room that leads into a larger room; let’s create some big action scenes around it.

Yes, there were two real challenges there. First, he goes into the building and goes right into the elevator and up, but in that location the actual elevator didn’t work. So the illusion is that he goes in at the bottom floor but it wasn’t; the cinematographer then gets in the elevator with him, so we created the illusion that he has entered and the elevator is going up. This was done with cuts of course. Once in the elevator he fights those guys, then that continues in the corridor and into the room all in one shot. It was designed to be a one shot and I was looking for a location that would be ideal for that. We looked and looked and finally found it. As far as timing, yes – every performer has to be on his mark. Not just Scott and the stunt team but the camera has to be in its place so there is no smoke and mirrors and you can see he is fighting.

Was that a particularly tough scene to shoot?

It was tough. We shot that on the second day of filming and had rehearsed it before in the gym with the stunt guys and our cameraman so they would all know where to move and how to move. It was tough to do but once we got it you could feel the energy and everyone’s enthusiasm got a great boost because we got it, you know?

With the fight coordinator, how do you decide which fighting style is going to work best with each character in the film?

It starts with which fighting style will work best overall in the film. On a movie like Ninja it was Japanese fighting arts, on Undisputed films we do more stuff like MMA and Undisputed 2 was the first MMA movie that was really done.  With Close Range it was obvious that it should be a more commando or military fighting system and not all the bad guys would be complete fighters. So we are really serving the script and the character.

What was it you liked about the script that really drew you to this project?

It felt to me like it could be done as a modern western. I love westerns but unfortunately not so many are being done today but this seemed like an opportunity to do a contemporary western. When I read the first draft it was a bit different but by the end it was polished to feel more like a western.

Co-writer Chad Law has said he’d love to do a sequel. Would you be interested in returning and giving the character of Colt MacReady his own franchise?

I would love to. Not only a movie but I think that would be a great character for a TV series.

Your next release is Boyka: Undisputed IV. What is the current status with that? You posted on Facebook that the movie is locked…

Yes. Right now we are working on music, sound etc. We screened it for the executives at Millennium Pictures and they loved it and I think it will be a really good movie. We have some really incredible fights, the story is very good and Scott as Boyka – he has elevated that character in this movie – he is superb.