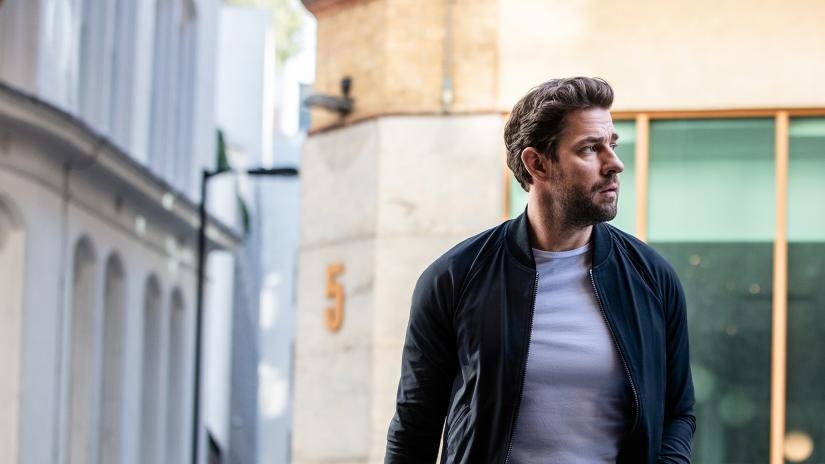 A season that builds on the previously addicting season by making way with more brutal thrills and beyond rewarding drama.

Plot: After tracking a potentially suspicious shipment of illegal arms in the Venezuelan jungle, CIA Officer Jack Ryan (John Krasinski, 13 Hours) returns this season to head to South America to investigate. Jack’s actions threaten to uncover a far-reaching conspiracy, leading him and his fellow operatives on a mission spanning the entire globe.

Review: Starting off with a well-done recap of last season, we cut to Ryan’s colleague Greer (Wendell Pierce, The Wire) transferring from his Moscow CIA desk job to help Ryan and CIS-endorsing U.S. senator Moreno (Benito Martinez, The Shield) figure out this conspiracy which they believe the ruthless Venezuelan President Reyes (Jordi Mollà, Bad Boys II) is apart of. And after the diplomatic caravan in Venezuela is mostly disposed of including Moreno, the wounded survivor Ryan sets off on finding the perpetrators responsible. Meanwhile, the mysterious lady, Harriet (Noomi Repace, Sherlock Holmes 2), figures into the mayhem.

If this sounds similar to the earlier Tom Clancy novel/adaptation Clear and Present Danger, then you’re on the money, only it’s updated to today’s economy. And man oh man does it work well! This was a good call as not only does it avoid similar spy franchises’ habits of just another world domination villain but makes it more unpredictable and complex, all without being overdone or unwelcome. And by being about arms deal and other modern-day corruption, it avoids seeming like a lazy copy-and-paste job of that earlier Jack Ryan film version too.

Much like Season 1, the filmmakers deserve accolades for having the usual mystery unfolding without feeling like today’s typical edgy shows where it falls into dull filler material inbetween action and dramatic scenes. All eight episodes are tightly wound and even the biggest spy TV nitpicker is going to have trouble finding something unlikeable or bland here.

So we have nothing dragging, we still have the captivating character-driven spy action and we have yet another ingeniously constructed yet rather diabolical conspiracy. What are you doing here reading this? Binge the hell away. Do it now!!!