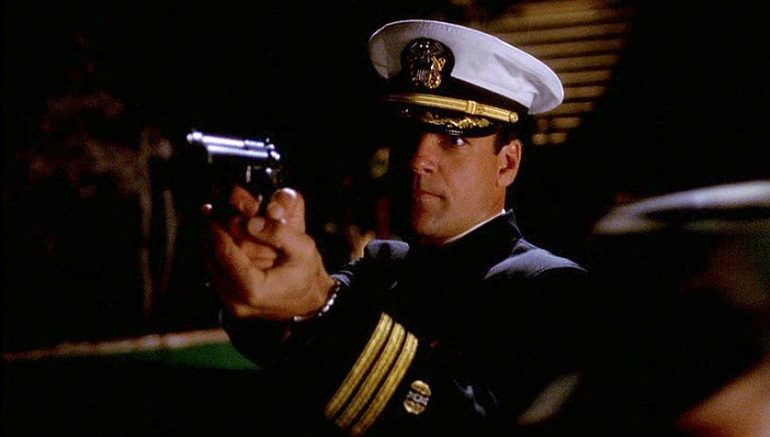 A fun escapade once you get past the slow-motion film edits and lower-budget TV expectations. The show not be as gripping as the later NCIS spin-off shows but still has a general (no pun) likability to its otherwise fun heroics and plane soaring action.

Review: As most of you know by now, this is the show created by Donald P. Bellisario that launched the now hit NCIS saga for CBS programming. Looking back at it now like I did when it was originally rerun in the early 2000s, it’s got much of the same appeal if still imperfect. The stock footage from Top Gun, Navy SEALs and the Tom Clancy blockbusters doesn’t annoy as they don’t use entire scenes and it makes sense why given the context of the show and its lower-budget.

The slow-motion edits have not aged well given either how it was shot or remastered (but it’s one of the two factors, if not both). The silly love triangles aren’t otherwise heavy-handed and add up to more intrigue for the otherwise standard military lawyer, terrorist fighting, assassination prevention and murder investigations.

The main cast are believable and rather likable if not necessarily note-worthy and the guest stars (which included then-unknown character actors and veteran actors) are always rather well-cast. The Navy investigations are well-utilized and feel plausible (especially from a Tom Clancy book angle) as opposed to overusing the formula just to get each season stretched out for plot convenience or the required 22 episodes order.

All these above mentioned factors avoid making the show feel formulaic for the most part. Reruns can be seen on most general cable TV networks and streamed on Paramount + app.