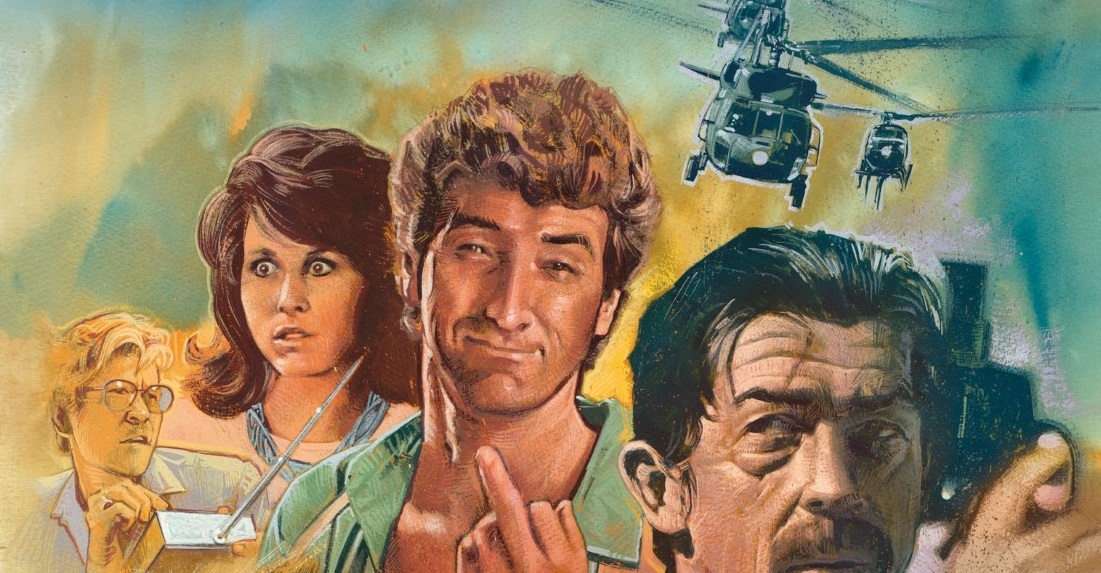 After watching this for what must have been the four or fifth time, I have finally decided that Jake Speed is one of the most underrated movies of the 1980’s.

Plot: In a world where, unbeknownst to the public, all famous pulp fiction heroes are real, one of them, Jake Speed, agrees to help desperate Margaret Winston save her sister from sadistic white slaver Sid, who’s operating in Africa.

Review: A white slavery ring kidnaps several young American women in Paris, and back in the United States, the sister of one of the victims is desperate for help. Margaret (Karen Kopins) hears from her grandfather that there are men out there – soldiers for hire – who might be able to help, just like in the men’s adventure pulp novels he religiously reads, and while the idea sounds great, she has no idea how to get in touch with such a man. When such a man named Jake Speed (Wayne Crawford, who also co-wrote and produced) seeks her out to offer his help to find her sister, he presents himself as a know-it-all mercenary, but he also makes it clear that he’s not interested in payment of any kind – just in the adventure itself, which his chronicler and partner (played by Dennis Christopher) will document as they go. Turns out Jake Speed is part fictional character and more than a little bit of a conman, but the books written about his exploits are indeed real and can be found on magazine stands and booksellers worldwide, so Margaret agrees to hire Jake because he’s literally throwing himself in front of bullets and grenade blasts at her expense, and because she’s got no one else offering such a service. Jake takes them to Africa where he promptly tries to sell her into slavery (Jake is anything if not the opposite of subtle) to get the scent of the king of white slavery, a slimy Brit named Sid (John Hurt) and his army of hired guns. When Sid is revealed to indeed have Margaret’s sister, it’s only a matter of moments before the poor girl is sold off, and so thank goodness Jake Speed is on the trail!

A real lark of an adventure movie, Jake Speed has grown on me exponentially since I first saw it in a theater with my parents in 1986. When I was a kid I didn’t like Wayne Crawford’s crass attitude or the fact that this was desperately trying to emulate Romancing the Stone and Indiana Jones. But I’ve come to understand that this is a real underdog of a project, released by New World Pictures, filmed in Africa, and has a homegrown, independent spirit that fuels it. Crawford and his director collaborator Andrew Lane were trying to tap into the men’s adventure novel craze that was sweeping the publishing world at the time, and there’s even shout outs to Mack Bolan and Remo Williams in the movie, which I never remembered until I just watched it again. Jake Speed is a fun character, and the beauty of the movie is that it’s done in a very tongue in cheek style, while still retaining some nice moments all its own. It never quite hits a zenith moment or has a standout scene, but I’ve got to say that Jake uses a heck of a weapon in an automatic shotgun (it’s virtually a cannon!) and the synth score by Mark Snow is a real highlight, giving Jake a rad theme. After watching this for what must have been the four or fifth time, I have finally decided that Jake Speed is one of the most underrated movies of the 1980’s.

Arrow Video’s new Blu-ray of Jake Speed is presented in a new 2K restoration, which looks fantastic. Also included are on-camera interviews with director Andrew Lane, as well as the producer William Fay. A new piece of artwork by Graham Humphreys graces the cover sleeve, which can be reversed to display the original theatrical artwork. 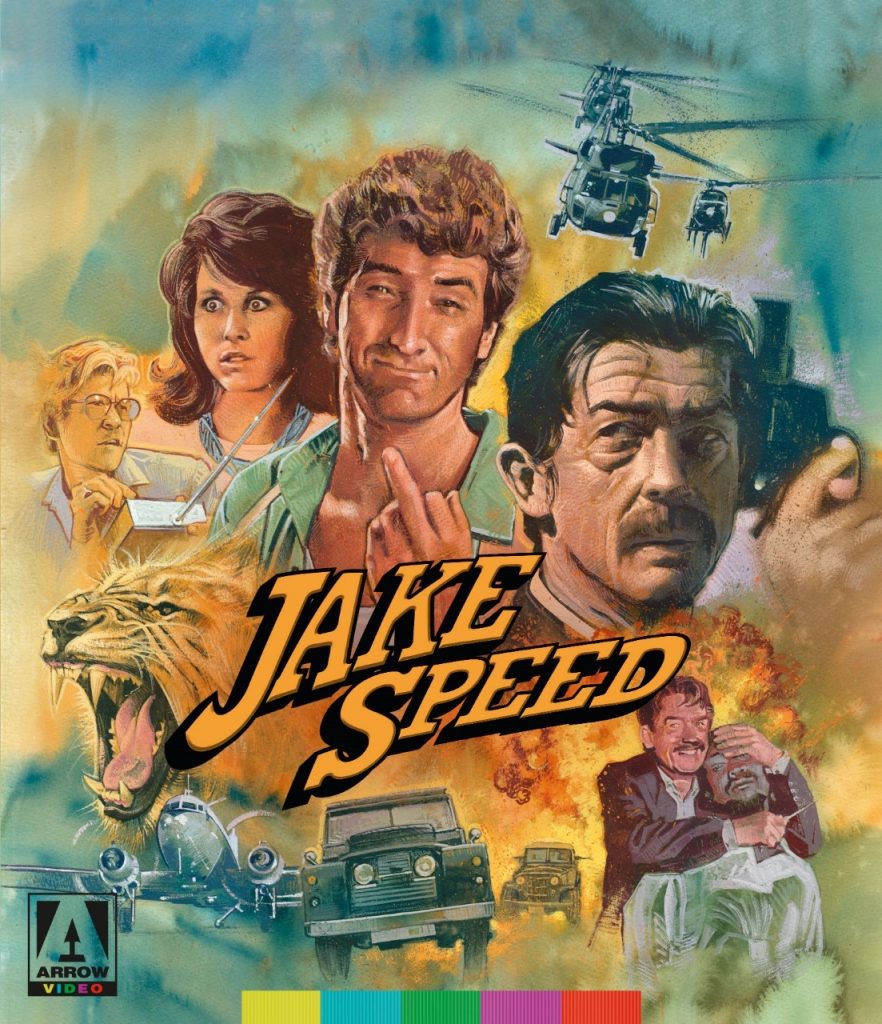