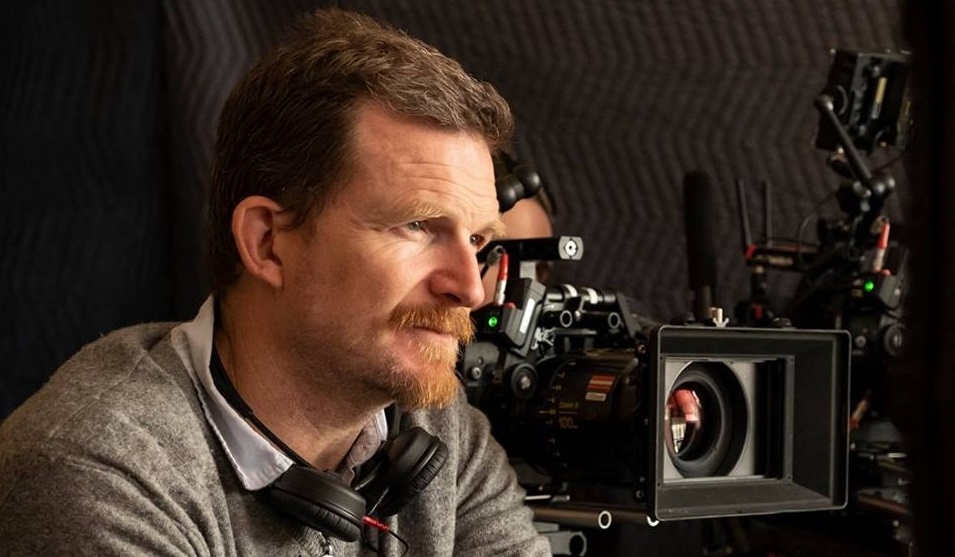 Jesse V. Johnson is a name that any action fan should be paying attention to. Starting his film career as a stunt man on numerous big budget productions, he has over time transitioned to a behind the scenes role of writing and directing feature films with a heavy influence of action and practical stunt work.

He has been making these quality, smaller budgets films for more than a decade now. His most recent collaborations with martial artist Scott Adkins – SAVAGE DOG, ACCIDENT MAN, THE DEBT COLLECTOR, and TRIPLE THREAT have drawn a lot of attention and are arguably some of the finest work of his lengthy career.

The two are back again with a new film, AVENGEMENT, that not only continues the trend of high quality action films that they have become known for but is arguably their finest collaboration to date.

I recently had the pleasure to sit down with Jesse V. Johnson to talk about AVENGEMENT, his influences, his working relationship with Scott Adkins, and a lot more.

What inspired you to make AVENGEMENT your latest project?

Well, the script had been around some time. There was a ’60s samurai movie called HARAKIRI. I just love the way it was told. It was [the story of] an aging samurai. He walked into a castle, and said he wanted to commit suicide there. Then you learned the story of why… and discover he was actually there for revenge against the lord and his bodyguards, and I always thought that was the coolest setup for a film. 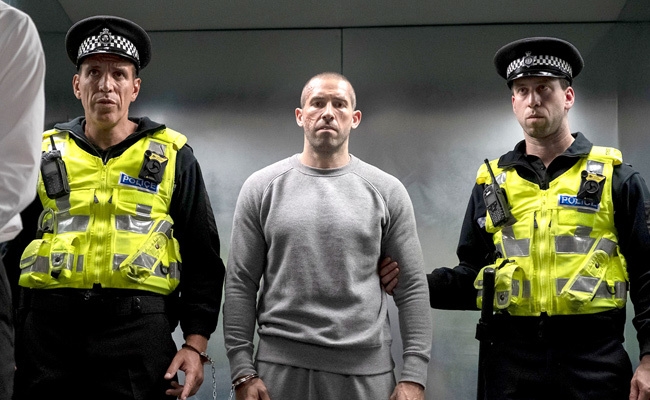 There are definite similarities.

Having grown up in London, with a rough and tumble sort of childhood, I knew that the hierarchy of a gangster outfit was quite similar to the hierarchy of a samurai clan. That just sort of lended itself, but this script was written a long time ago. It’s been floating around, and we had an opportunity to make a film with Scott Adkins. The producers give me great artistic freedom to make these pictures. As long as we keep it under a certain budget, we are basically allowed to do what we want. Which is a really good position to be in.

Anyway, Scott needed to do a film in the UK. His wife was very, VERY pregnant at the time and he didn’t want to go anywhere. He wanted to film in England. At that point, I went through all my available scripts set in the UK. I decided [on AVENGEMENT] which I had written. I gave it to Stu Small, who is Scott’s dialogue writer. We work with him each time. Stu went to school with Scott and really understands the cadence of the way he talks and the way he puts a sentence together, Scott’s very confident with dialogue that’s been written by him. Stu did an extensive pass on the script. It was quite an older script. So, it needed to be updated in a few places and given a few tweaks, and Stu did a fantastic job with that. He really breathed fresh life into it. The script had really come together. It was organic, artistic, and practical.

About a week before filming I was watching documentaries on crime in the UK trying to find something interesting and edgy [to add to the film] and [I learned] there were these criminal groups in Liverpool, in the very north in the midlands that were doing this scam, where they inhabit a person’s home and steal their assets to fund their mob. I thought it was just awful. Unimaginable. I hadn’t heard of it happening in the US.

I certainly had never heard of it before seeing it represented here in AVENGEMENT.

Yeah, it’s a very English and a very colloquial crime. It’s based very much on fear and intimidation and people are less intimidated here [in America] because someone somewhere has a gun. [laughs]

It’s a crime that mostly affects older people. They get intimidated and scared [by these criminals]. It felt very interesting to put that [crime] in [the film] because then it was no longer just a revenge story it became about something higher, atonement. With that, the concept of the film started to breath and we realized we had something worth making 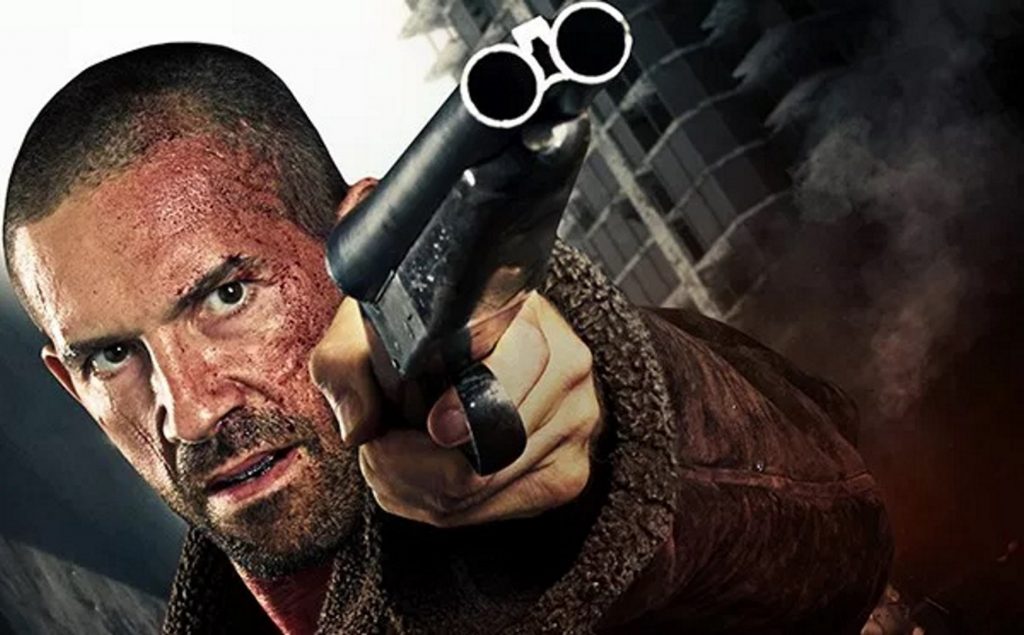 Tell me more about the influence of HARAKIRI.

I’m obsessed with the director, Masaki Kobayashi. I saw THE HUMAN CONDITION trilogy he directed. I watched it over a weekend, and it blew me away to such a degree I couldn’t think of anything else for a few days. So I wrote a letter to him, via the Japanese Guild of Directors, telling him how much he’d inspired me and a couple of months later, I got a letter back apologizing. He had passed away. I think I’d missed him by two and a half months. It was one of my saddest moments. He also did a film called SAMURAI REBELLION which I love as well.

SAMURAI REBELLION is a wonderful movie.

He was an incredible storyteller. He made incredible stories that facilitate action which is what Scott and I tried to do. It has to be the story first with the action secondary and then you have action that people really care about, you know?

Absolutely. Let’s talk about your working relationship with Scott. How has it evolved over all of the projects you have done together?

Well Scott and I trust each other immensely which is a really good place to be with a partner in these situations. I’ll be working on the script and producing these pictures and even though he’s the actor, Scott is obviously also working on the scripts and helping produce, and we understand each other which is an incredibly important part of our working relationship [and then you add in Stu Small], between the three of us we bat ideas backwards and forwards.

It can become quite frustrating because there will be things in the script which I find fantastic, but they just don’t understand and then they’ll come up with something which I think is completely off base. We try to get the script into a position where we are happy and it can become quite emotional; arguing and foot stomping – but what happens is you get that script polished and you work very, very hard on the script and it becomes something we all have faith in which is the biggest thing about making movies.

You don’t want to start with something that’s unfinished and not quite right. If you are very careful about your script and casting and continue to be careful about making the film – the chances of having a good movie is a lot higher but it’s very difficult in the lower budget world. It’s difficult in movies period. With these films that Scott and I work on, we make sure that we are as close as we possibly can be in the writing period, because all the shouting and yelling is done there. So, by the time we get to the set, it’s running a lot smoother, it’s running like a well-oiled machine.

Scott handles the fight stuff. That’s his thing. I step back and allow him to work with the choreographers. I did that for 20 years [as a stuntman] and I’m totally fine with sitting back and letting someone else do it. I watch what’s going on and I take the story up to the beginning of the fight. Scott knows what angles his moves look best from. So, he’ll set the cameras there and I’ll throw in my opinion. It’s based on a lot of trust between us that goes back a long time. He’ll let me do everything else and not get involved and trust in it, it’s very fun doing it.

It’s just very easy to do action with someone like Scott, he knows how to make it work, he moves extraordinarily well and knows what looks good and also what doesn’t work for him. It’s actually a lot easier working with him than it is with someone who is less aware of themselves physically. 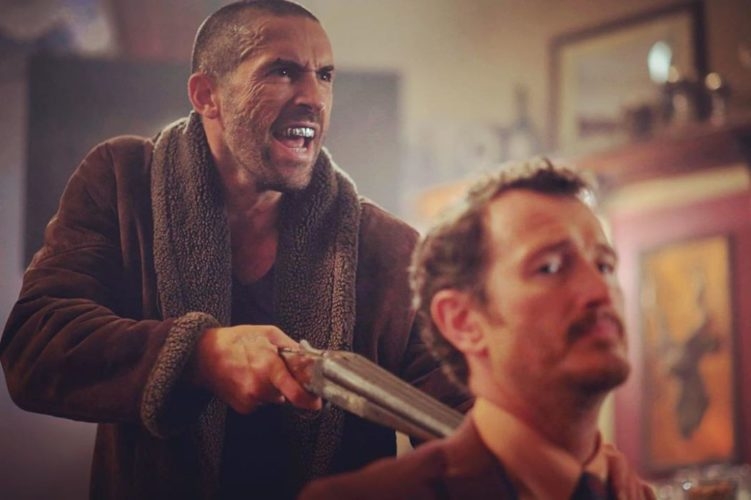 One last question – if you could encourage someone to see one of your directorial efforts that they may have missed, which one would you choose?

I completely agree. I also think it’s your strongest collaboration so far.

Thank you very much, Matthew. I find the story very interesting because of the redemptive quality to the revenge tale. To be honest, revenge is an overused cliché in action movies. The way that we’ve managed to articulate this one is pretty authentic and unique though. I hope it will entertain people, I really do because we worked very hard on it and I’m quite proud of it.

The hard work shows through in the film. In the spirit of your story about Masaki Kobayashi and telling filmmakers how much their work means to you. Let me wrap up by saying, I really do love your films. Every time I hear that you’ve announced a new project, I am excited to see it. I think you guys are really doing something special.

Thank you, Matthew. That means a tremendous amount to me. You’ve made my day!