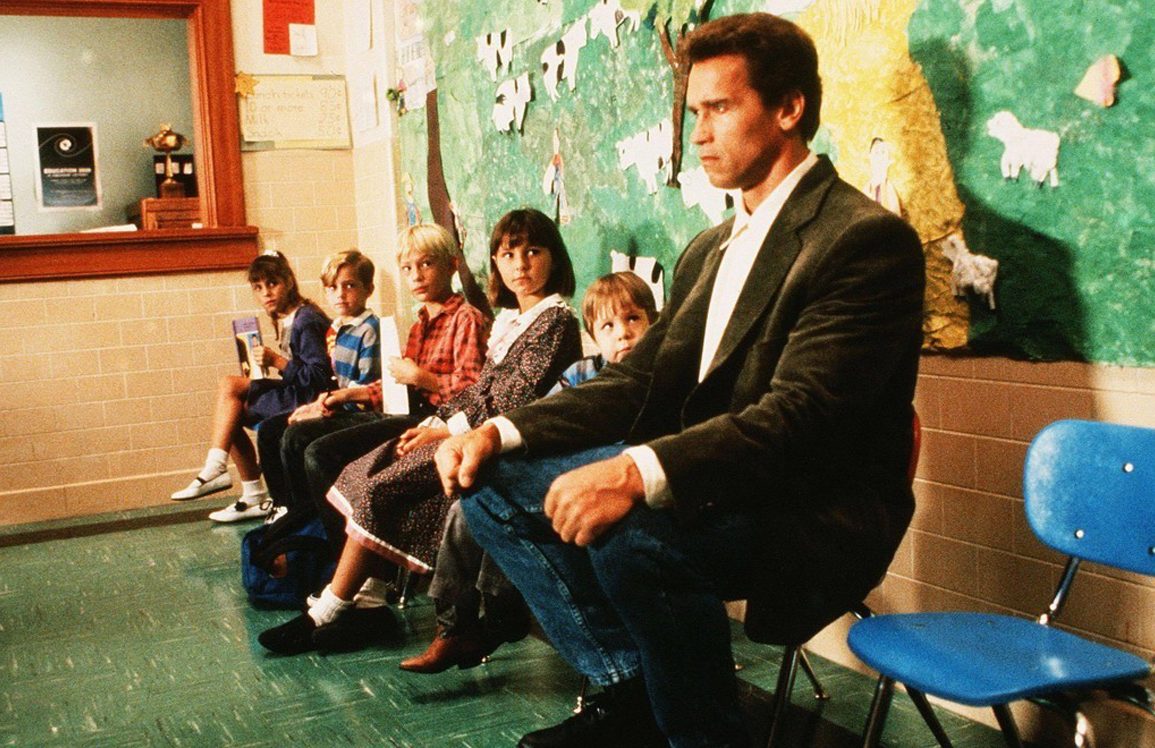 It may not be a badass action flick but Kindergarten Cop still has some iconic Arnie moments and is such harmless fun that it’s hard to dislike it.

Review: Seeing as I’m on an Arnie tip after meeting him the other day, I thought I would watch his classic comedy and don’t try to deny it; it’s a classic and we all love watching it. I’ve always enjoyed this flick, I know it’s not Arnie breaking necks but there’s enough action and laughs to make it very entertaining. It’s a cute film and the kids in it are hilarious rather than being hideously annoying.

Arnie is surprisingly good at comedy and has no problem making fun of himself which I’ve always found an admirable quality.  I consider this his best family movie; there is action in it and plenty for adults to enjoy as well as the kids. It’s not the funniest movie of all time and perhaps the script could have been a little sharper but it was still decent and I had a few laughs.

Some of the kids acting wasn’t the greatest but that’s part of the charm; you can tell some of it was improvised and there’s one scene where it looks like Arnie is genuinely laughing at something the kid says.

Richard Tyson was entertaining as the bad guy Crisp; he really portrayed him as a desperate man who will stop at nothing to have his son back but you still don’t really sympathize with him as he is clearly unhinged.

It’s well paced and you’ll never be bored with it and there is the odd one-liner as well for good measure like “I’m the party pooper!” or “It’s not a tumah!”

Overall, Kindergarten Cop is a fun family oriented action comedy with Arnie on entertaining form while poking fun at his action hero persona.