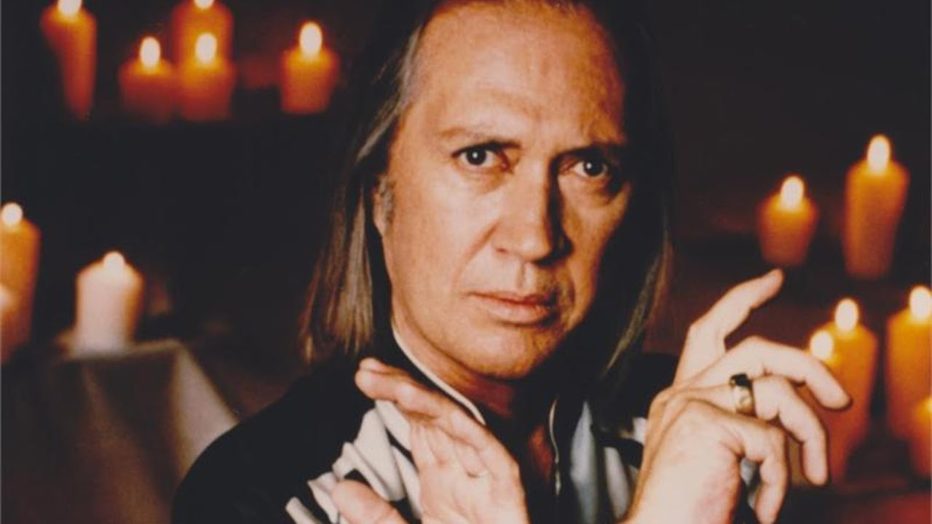 It took me hours and hours to make my way through the first season of this show, and even though the series has been dated a little bit and my tastes have gotten slightly more sophisticated than what Kung Fu: The Legend Continues has to offer, it was an enjoyable experience turning my brain off and just relaxing into the simple stories and decent action on display. Enjoy the journey.

Plot: When we last saw Kwai Chang Caine, in Kung Fu: the Movie, he was united with the son he never knew he had in the turn-of-the-century Wild West. Now, the son of that son, also named Kwai Chang Caine (David Carradine), must emerge from seclusion to save the son he thought lost. Like his legendary namesake, this Caine is also a warrior monk, operating a Shaolin temple in Northern California. After an evil priest, Tan (Ernest Abuba), destroys the temple, Caine and his young son, Peter (Nathaniel Moreau) each believe the other has perished. The two embark on very different paths – Caine wanders the Earth, while Peter (Chris Potter) is a cop. When fate brings the two together, they work to overcome their differing philosophies to battle Tan, and then to help the innocent and bring justice to the new Wild West – 90s urban America.

Review: The late great David Carradine was best known for his role as Kwai Chang Caine, the beloved character from the much-embraced Kung Fu: The Series (1972-1975), and not only did Carradine reprise his role in the made-for-T.V. movie Kung Fu: The Movie (1986), which co-starred rising star Brandon Lee as his long-lost son, but Carradine would revitalize the role in the revamped series Kung Fu: The Legend Continues, which ran for four years in the 1990’s.

Carradine plays Kwai Chang Caine, the direct descendant of the original Caine, only this time he’s come straight out of the monastery to reunite with his long-lost son Peter (played by mullet-maned Nathaniel Moreau), who’s a tough L.A. cop. At first it’s confusing to think that Carradine isn’t playing the original Caine (although he might as well should have been), but if you can get past that then you’ve got Kung Fu for the 90’s.

The series kicks off with a feature-length pilot (“Initiation”), which sets everything up nicely and doesn’t leave any loose ends. The vibe of the pilot movie is very much in the vein of a direct-to-video actioner from that era, complete with nudity and some slightly surprising violence, which were added in to sell to Europe as a standalone feature film. If all you see of Kung Fu: The Legend Continues, watch the pilot and be satisfied knowing that the whole series is pretty much contained in that 90 minutes.

We see a bald Caine meditating in a monastery, trying to instruct his (also bald) son in the mystic arts of Kung Fu, but as time passes, they become estranged due to a nemesis of Caine’s named Tan (Ernest Abuba), who burns down the monastery, leaving both father and son believing that each of them have died. Years later, Tan has resurfaced in Los Angeles as a crime lord, and both Caine and son Peter are on the same case, not knowing that destiny has brought them both back to each other.

Successive episodes such as “Sunday at the Hotel With George” is an easy riff on Die Hard, while episodes such as “Shadow Assassin” afford solid guest starring roles by action guys like Martin Kove, who in this case plays the villain. The show is right along the lines with 90’s fare like the failed Raven, starring Jeffrey Meek or even Street Justice, starring Carl Weathers and Bryan Genesse, so if you’ve been in tune to fun episodics from that great era of action T.V. shows, then Kung Fu: the Legend Continues should be right up your alley.

Warner Archives has recently released the first two seasons of this show onto DVD, and I’ve got to tell you, guys, that the quality of the transfer of every single episode is outstanding – almost Blu-ray quality, no exaggeration. The crisp, clear transfers blew my mind, and this might be the best looking T.V. release that Warner Archives has ever produced.

It took me hours and hours to make my way through the first season of this show, and even though the series has been dated a little bit and my tastes have gotten slightly more sophisticated than what Kung Fu: The Legend Continues has to offer, it was an enjoyable experience turning my brain off and just relaxing into the simple stories and decent action on display. Enjoy the journey.