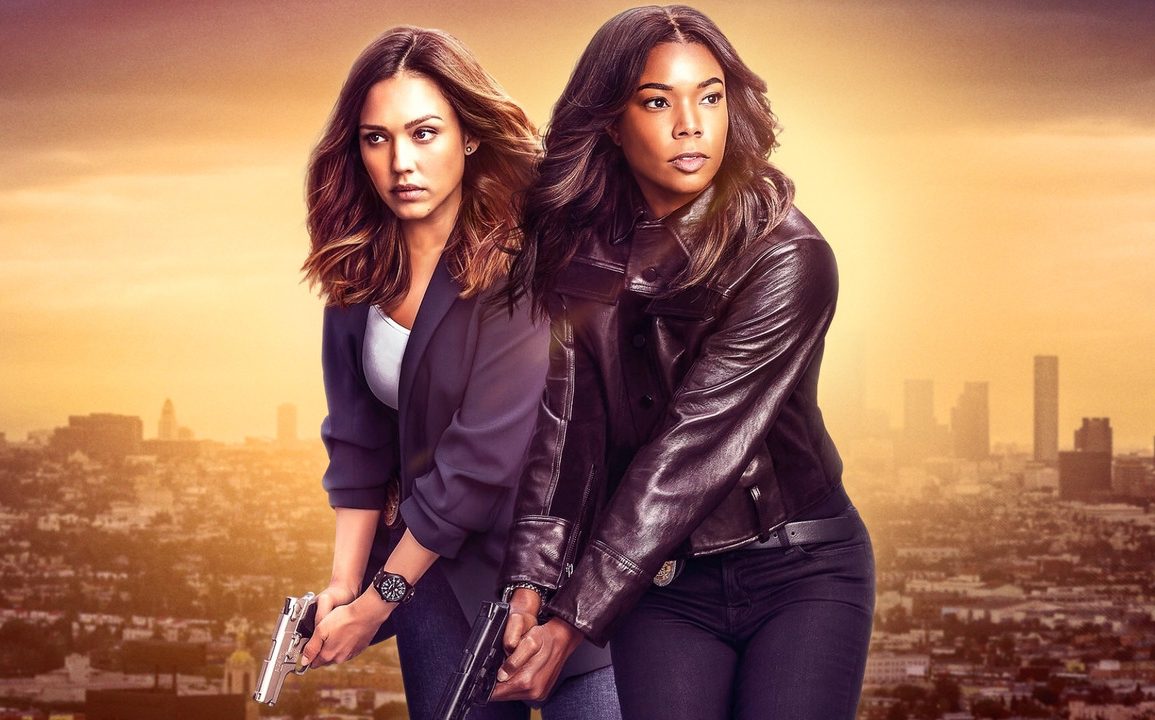 Slow build-up and shoddy initial writing but not a tacky or pretentious show like advertised. Just marathon it and don’t expect the same rapid-fire of Bad Boys films and you’ll have occasional fun, intense drama, adequate acting and overall improvements in quality.

Review: I was already mixed on this as this was Spectrum cable’s first foray into launching its own original series, this show had been passed over by CBS’s fall line-up despite Jerry Bruckheimer returning as executive producer and it just didn’t look anything like the Bad Boys films it was spun off of. Every over audience member was tired of forcing social issues into movies as while female characters were welcome, they often would just write them for demographic marketing sake not for because it needed to be that way or was conceived as such from the beginning. I wasn’t sure if this was be a well-done feminist friendly show or a pretentious social justice warrior level rant on how all men are evil. Low and behold, this wasn’t political at all, just more escapism in the vein of other Bruckheimer material like the various CSI shows but despite having serial killer villains and recurring criminal punks, it wasn’t primarily about investigating deaths and was mainly a drama with two characters who happened to be cops but yet it wasn’t as much about the buddy bonding as it was two partners who both had to coincidentally put their tragedy-filled pasts behind them. I instantly bought into the partners’ chemistry and it took awhile to remember that these were the same actresses who had started out in typecast cute face roles before finally giving the middle finger to Hollywood showing that they were not being given roles worthy of their actual talent.

Unfortunately, this was hampered at first by both characters not often being in the same room, the characters being on the same cases at the same time or just the actual main story itself suffering from excessive cliches, lame humor and annoyingly done rap and R&B music playing in the background. However, the music was never as amateur as the crap you hear in Fast & Furious and the material thankfully improved halfway through into another gripping race against time crime story. This might not be Cagney and Lacey or Rizzoli and Isles, it wasn’t groundbreaking. And while there are crime lords and diamond heists similar to the Bad Boys films, this is more of a side story type premise. And since it took awhile to truly gel, it wasn’t an easy watch but ultimately the family drama between Sydney and her father did become rather dramatically rewarding and let’s face it, Ernie Hudson makes everything better so his heavy lifting and subplot really did make this gel better mid-way through the whole season.

Much like some of the various street chases, it seemed like this show’s initial narrative was running around aimlessly and afraid to take some risks so because of that I shall put the blame squarely on Brandon Margolis and Brandon Sonnier who had previously worked on far more gimmick yet rather laughable premise driven shows like The Blacklist. It didn’t help that the twisted mystery that starts up halfway through the season wasn’t at all apparent in the initial five episodes and because those five episodes were TRULY mediocre in so many ways, it made this a real chore at first. Fortunately, the material that was kicking in truly did help out and with it, it brought the overall strengths of the show to resonate overall. I would say rather confusing was that there was some mild R-rated content in terms of language and occasional violence yet it mostly felt like another TV-14 rated show otherwise and content does make a difference because this is a Bad Boys spin-off we’re talking about here. It never felt politically correct or felt like getting into gender arguments (for gawd sakes, one of the two male detective partners even jokingly states the two are risking sounding like Nancy Reagan!) yet it was still uneven in terms of editing together the various material from the at-home family drama to going back to the field work and inevitable chases.

It’s been renewed for a second season and fortunately it’s a show that can be rescued in terms of quality and entertainment value. Think of this as a plane that could take off at any minute but it needs some serious prepping to take off successfully. Think of this as a car that needs engine life extensions but the driver is neglecting even the simplest dashboard warning signs. Think of this as a food or drink you don’t care for initially but on the third or fourth try, it finally starts tasting better but still could use some extra flavoring. I think I’ve made enough metaphors, let alone for one damn review already. This starts crappy then gets rather entertaining and finishes strong but the battle is far from finished in terms of making this a far and improved show. Either get rid of the showrunners (or their staff), reorganize the whole outline of Season 2 or even get a far different crew to make this far more stylish yet appealing. This was never going to be an Emmy-winning show but it could be a better buddy action show. And for goodness sakes, write jokes that would actually kill at a stand-up open mic night!