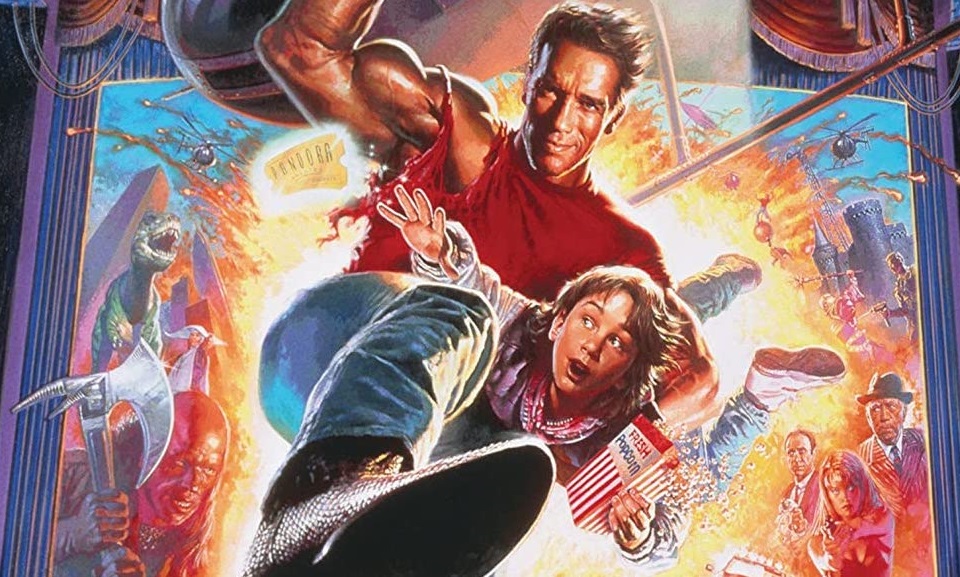 Fun Film but no Special Features

Filled with in-joke references, some impressive stunts and explosions, and a fun score by Michael Kamen that winks to fans of Lethal Weapon, Last Action Hero is all over the place, but an interesting document of the 1990s. Mill Creek’s recent Blu-ray release has no special features and contains an unremarkable high definition transfer.

Plot: A kid with a magic movie ticket is transported to the PG-13 action movie world of his favorite action star Jack Slater, played by Arnold Schwarzenegger.

Review: Teenage kid Danny Madigan (Austin O’Brien, whose performance has grown on me over the years) gets to see the new big budget Jack Slater movie, starring Arnold Schwarzenegger the midnight before its big release, and it’s gonna be a doozy. He goes to the dumpy single-screen movie palace owned by a way-past-his-prime movie fan (played by Robert Prosky), whose theater is soon to be torn down to make way for a multiplex in the heart of New York’s theater row, and he settles in for a private screening, only he’s got in his pocket a magic ticket handed down by Harry Houdini (which was, in turn, handed down to him from some swamis in India a hundred years past). By a magical turn of events, Danny is transported into the movie he’s watching, right in the middle of all the Jack Slater action. Slater, an arrogant plainclothes cop in the vein of Dirty Harry, has no idea that he’s a fictional character played by an actor named Arnold Schwarzenegger, but with his new partner Danny in tow, they get into all kinds of over the top misadventures involving a couple of super villains, namely a one-eyed crack shot henchman (played by Charles Dance), and a grisly looking serial killer named The Ripper (played by Tom Noonan). Somehow, through all the cheeky mayhem, Danny comes of age by learning to appreciate real life more than fantasy, and his hero Jack Slater also comes to accept the fact that he’s better relegated to escapism rather than reality.

An overblown parody of action films in the vein of a National Lampoon movie, but with a really big budget and a sweet heart at its core, Last Action Hero is one of the bigger misfires of the larger-than-life ’90s action universe with the biggest movie star in the world (at the time) at its center. It’s got a really messy script with some incredibly stupid stuff in it like a poorly animated cat side character (voiced by Danny DeVito), but Austin O’Brien as the kid somehow grounds the movie with his performance and You’ve-got-to-be-kidding-me dialogue to Schwarzenegger’s macho cop character. Filled with in-joke references, some impressive (but tacky) stunts and explosions, and a fun score by Michael Kamen that winks to fans of Lethal Weapon, this one is all over the place, but an interesting document of the 1990s. From director John McTiernan, whose movies Die Hard, The Hunt For Red October, and Medicine Man can be seen on display in a key scene at a video store.

Mill Creek’s recent bare-bones Blu-ray release of Last Action Hero contains an unremarkable high definition transfer, but I like the fact that they used the original artwork for the poster for its sleeve and slipcover. There’s a 4K release from Sony that might be more preferable for collectors, but if you don’t want to spend more than $15.00 on this title, Mill Creek’s release might scratch that itch. 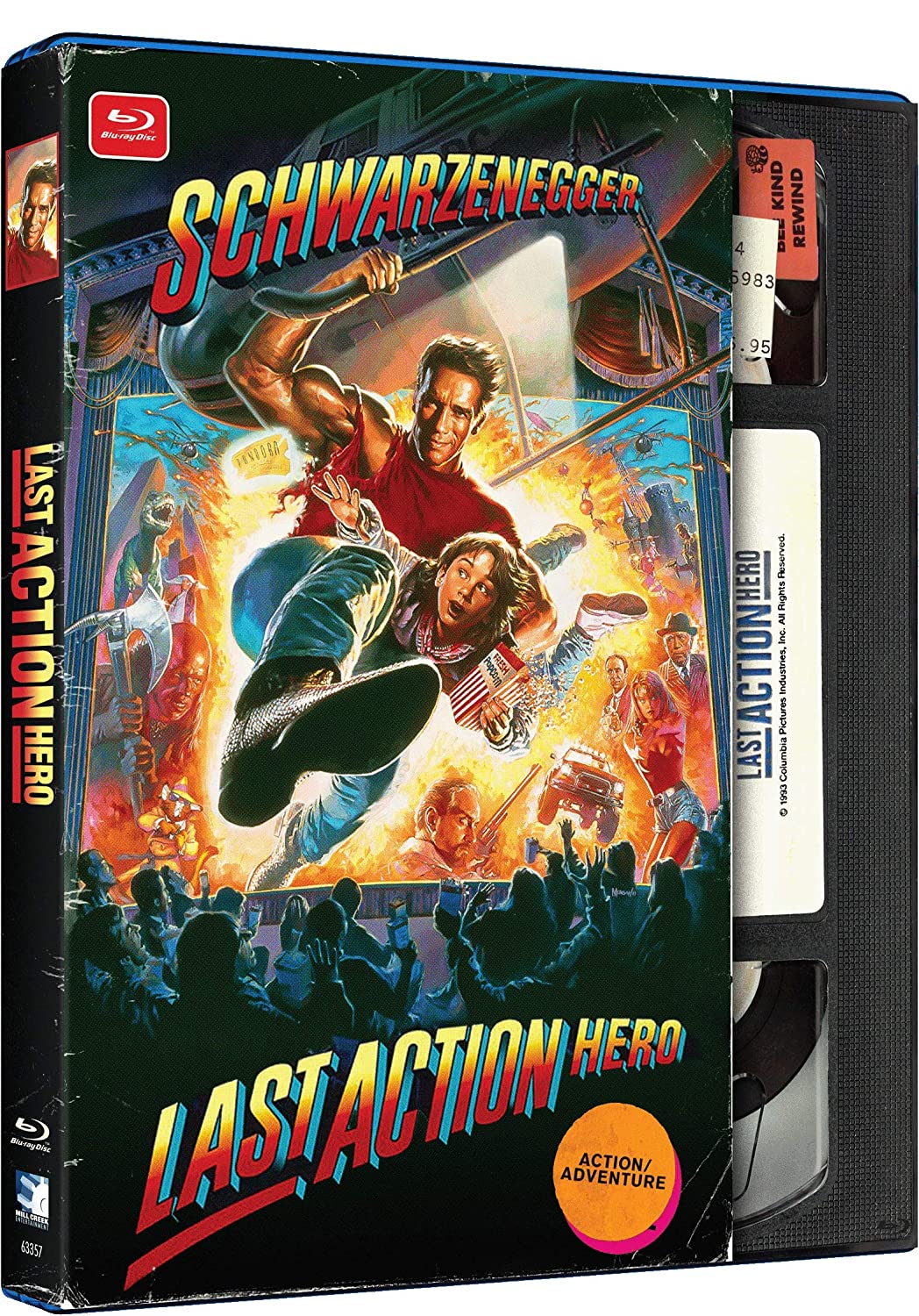