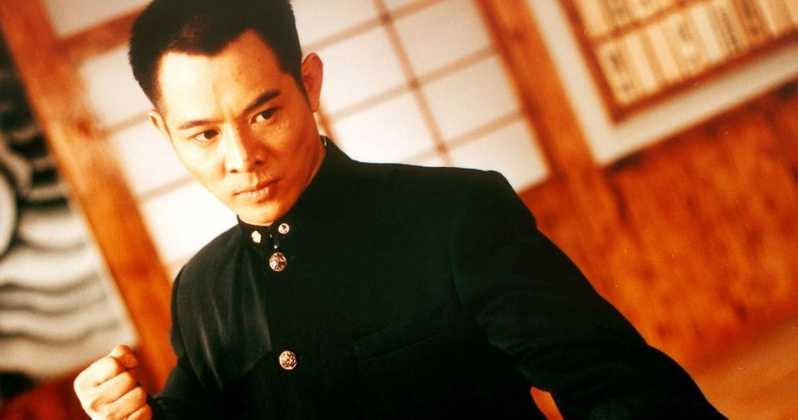 While not part of the huge muscle-bound hero class, Jet Li (born Li Lianjie in Beijing, China) is still in every way an action hero. It’s quite simple really, the dude kicks major ass and has been doing so for over THIRTY years, and he ain’t stopping just yet. Perhaps that’s even more impressive than some of the other major action heroes still being in the action game, simply because of what Jet does. Now absolutely nothing against Arnie or any of the other muscle-bound heroes, they are legends for a reason, but at 49 years old Jet is still in peak physical condition and still a world renowned martial artist, respected across the globe for his physical talents that he still possesses. He can still do all the lightning quick stunts, flips, kicks and punches and just like they originally had to do when he first came over to American cinema in Lethal Weapon 4 — they still have to ask Jet to slow down his fighting speed during action sequences as it’s just too fast for the camera to pick up. Really.

Not satisfied with being an action hero, an international movie star, a family man and a world renowned athlete/martial artist Jet is also a philanthropist and has became a Chinese Red Cross ambassador in 2006. After experiencing the events of the 2004 tsunami in the Maldives first hand Li formed his own non-profit organization The One Foundation which aids in any international disaster efforts as well as other issues like mental health awareness and suicide prevention. In 2010 Li was appointed by the International Red Cross to become the first ever Good Will Ambassador.

Having dabbled in movie producing, writing, directing and even starring in his very own videogame at one point Jet Li is very experienced in the entertainment industry. But his main passion in terms of film remains acting and you guessed it, kicking ass. Getting his start in movies in the 1982 Chinese action movie The Shaolin Temple (which turned into a trilogy) at the age of 20 Jet was already on the verge of not only stardom but international recognition for his incredible skills.

Just under 10 years later Jet would star in Once Upon a Time in China which was a huge hit in Asian territories and very well received across the world, so much so that it received an incredible 5 sequels, two of which Jet reprised his role in. Jet continued to work hard pumping out action movie after action movie, sometimes two a year, sometimes three a year, and in 1993 starred in SIX action films including The Legend, Tai Chi Master and Last Hero in China which was more of an action comedy, having him play a sort of Robin Hood-esque character. Li returned to R rated action features soon after with Legend of the Red Dragon, The Defender, The Enforcer and the international hits Fist of Legend and Black Mask. In 1995 Li even starred in the Chinese equivalent of Die Hard, an action packed and comedy filled movie called Meltdown.

1998 would mark Jet Li’s first foray into American cinema with a supporting role in Lethal Weapon 4 as a villainous Triad member. Soon after that movie hit many American producers were jumping at the chance to get Jet Li in one of their movies. Two years later in 2000 he would star in his second American movie, and first American starring role in Romeo Must Die. The year after would bring his second American starring role in Kiss of the Dragon. It didn’t stop there though as in the same year he also released the action sci-fi movie The One in which he co-starred with another action legend, Jason Statham.

Li didn’t forget his roots though, returning to China to star in the 2002 movie Hero. Thanks to his newly found international stardom though Quentin Tarantino took notice of his new Chinese movie, saw it and loved it so much he got the movie an international release for 2004 and soon after it was playing in theatres all across North America and the world. It’s opening weekend in North America went on to be the second largest opening for a foreign movie of all time (behind The Passion of the Christ) and on top of that it was received extremely well by movie critics across the globe, including overwhelmingly positive remarks from highly regarded American critics.

He continued to create both Chinese and American films though, with the 2003 action movie Cradle 2 the Grave. Also in 2003 he starred in his very own videogame, Rise To Honor, which was developed by Sony Computer Entertainment and available exclusively for the PlayStation 2. Jet leant his likeness, his voice and did motion capture work for the game. The game was generally well received and was praised for it’s unique and innovative control scheme and fun action-movie vibe.

Jet returned to cinema a couple years later with the 2005 Louis Letterier and Luc Besson movie Unleashed (known as Danny the Dog in some places) which was met with critical praise not only from the action crowd by also for the dramatic acting skills Li put on display in the film. The following year Li returned to China to star in another martial arts epic titled in English as Fearless which was a biographical action movie based around the life of Huo Yuanjia who was a Chinese martial arts legend who is considered a hero figure on China for standing up and defeating foreign fighters at a time when the country’s people were struggling. In 2007 Li returned to America and reunited with his The One co-star Jason Statham for the action movie War, as well as releasing the historical Chinese epic The Warlords in the same year.

In 2008 the American production The Forbidden Kingdom was released, the first movie to ever feature Jet Li and Jackie Chan. A fantasy action-adventure film that’s based on the Chinese legend ‘Journey to the West’. The film was generally well received and a box office success, making nearly 130 Million. Jet continued to star in films in the following years, both American and Chinese including the noteworthy Chinese movie Ocean Heaven in which Jet Li put aside the action hero persona and delivered a world class dramatic performance playing a father dealing with a son who has autism.

One of the biggest moments for Jet, at least from a fans perspective, was seeing him star in 2010’s The Expendables. We fans who had been following him since the beginning always knew he was a true action hero and a legend of action, but seeing him get recognition in THE action hero movie by Sly Stallone was fantastic to see.

Jet has starred in over 40 movies and continues to star in films both in China and Hollywood and continues to spend much of his time with his family, his charity and other positive organizations across the world.