When you think of the quintessential buddy cop franchise, you’re more than likely going to think of the Lethal Weapon series. Despite the later movies veering into more comedy than action-oriented flicks, the first two Lethal Weapon movies are undeniably great. Featuring L.A. cops Riggs and Murtaugh against baddies both foreign and domestic, the first two flicks cemented the series as one of the great action series of all time. However, the question remains – which one is actually better?

Story: I honestly believe that the first Lethal Weapon movie was such a great story, if for no other reason, then the viewer has absolutely no idea what the Mel Gibson character Martin Riggs is going to do. Shown as erratic and suicidal from the very start, he plays the perfect foil for grounded family man Roger Murtaugh. As the two careen from situation-to-situation, you see the unwitting bond begin to form between the two men, and it’s not forced in the least. As we go deeper and deeper into the story, we learn more and more about Riggs and his violent past, including the death of his wife and his previous experience in Vietnam. It’s a particularly interesting backstory for a character who could have just been a one-dimensional caricature.

Villains: While Mitchell Ryan is solid as always as the brains of the operation, McAllister, it’s Gary Busey as the psychotic and violent Mr. Joshua who is a stand-out in this film. Far removed from his now-goofy persona, Busey’s character delights in torture and is slippery as hell, eluding capture on multiple occasions, and his showdown with Riggs on Murtaugh’s lawn demonstrates he is an even match for the skilled cop. However, the really interesting aspect is how Joshua is essentially a mirror-image of Riggs, had he chosen to go down a different path – a character who utilizes his special skills garnered in combat for personal gain, as opposed to altruistic motives.

Action: While there are very few long set pieces in this picture, the two action sequences that stand out in my mind are the chase and the fight at the end of the film. In the former sequence, you have Riggs chasing Joshua (who is driving a car), by foot, weaving in and out of Los Angeles traffic and shooting Joshua’s car, which turns into a fireball. Joshua still escapes after a brief gun battle with Riggs. The two then face off in at the end of the film in hand-to-hand combat where you can actually see the moves (even though its filmed at night, with a broken fire hydrant providing a water element to the fight) and shows some decent choreography. While there were probably bigger fights later on the series, this is few of the film series where the combatants are this evenly matched. 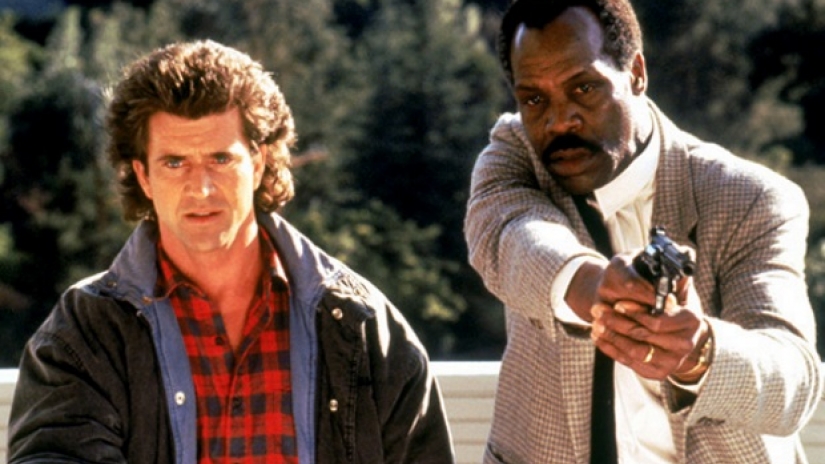 Story: Probably the most personal of the series as far as the Riggs character is concerned, as this story deals with the man responsible for the death of Rigss’ wife. This lends a personal element that is needed as otherwise, it’s just the heroes going after a group of South African drug smugglers, which is fine, but not really a large departure from the first film. The other new element introduced is the role of Leo Getz, unforgettably portrayed by Joe Pesci. Even though the character begins the series’ turn from serious action to comedy which I believe hurt the later parts of the series, Pesci plays Getz perfectly, and much like Riggs in the first film, introducing a badly needed foil for the Riggs and Murtaugh characters. While this movie treads much the same ground, story-wise, as the first film, there is just enough going on to save it from complete imitation.

Villains: The second film uses much of the same villain tactics as the first film, employing Joss Ackland as the older, crafty and ruthless brains of the criminals while utilizing the late Derrick O’Connor as the younger and more capable brawn of the enterprise. However, while Gary Busey’s Joshua was more overtly psychotic, O’Connor’s villain is more thoughtful and cunning, and I would argue his portrayal is more impactful because of it. Other than Jet Li in the fourth film, O’Connor is probably my favourite of the Lethal Weapon’s villains.

Action: While the action pieces in the first film were shorter and usually involved the good guys chasing down someone or being shot at, this film is a little more unique in the action parts. Who can forget the tense scene with Murtaugh sitting on the toilet or the assault on the house on stilts? The latter is especially memorable, as Riggs literally brings the house down with his truck. The final battle on the freighter is nice as well, with the Gibson/O’Connor fight showcasing that O’Connor is a good match for Riggs who barely defeats (and crushes) the bad guy. While again it treads over ground already established in the first film (Murtaugh deals with the older villain, Riggs the younger one), there is just to separate it from the first film.

While both films have their merits, especially considering the tone of the series by the end of the franchise, I would have to say that the winner of this duel has to be the original. It’s the most serious of any of the films of the franchise and really established (with all apologies to the 48 Hrs. movies) the buddy cop genre. The second film has more memorable scenes probably, but in the first film, the main characters are far removed from the comedic cliches that they would turn into by the end of the franchise.  As the Riggs/Murtaugh characters are the heart and soul of the Lethal Weapon movies, I believe this has to give the first movie the nod in this comparison.