Another engagingly intense chase thriller with a social media angle.

Review: Steven C. Miller strikes again- no stranger to limited releases and VOD action/horror/thriller movies made for Lionsgate/GrindStone Ent. Emmett/Furla Productions and Saban Films (including here), and much like the similarly-named Brian A. Miller, often has worked on restricted budgets, utilized a stylish music video-editing style, ‘90s B-movie type plots and having worked with actors like John Cusack, Bruce Willis, Nicolas Cage, 50 Cent, Jonathon Schaech, Sylvester Stallone, Adrian Grenier and Dave Bautista. I can name as many good and bad films that have emerged under his wings- some of us even hate or like all of his films so far. Did this one deliver a welcome change of pace?

Long-story short: yes, hell yes it did. Unlike Brian, Steven isn’t making the same mistakes all over again or rehashing the same premises for that matter. He’s trying out different styles and edits, and this time the gimmick he’s saddled with makes for a far more involving watch. For starters, this is another race-against-time action thriller much like Speed, Nick of Time, Die Hard With a Vengeance, Run Lola Run, Taken, Premium Rush and The Call. Only now the whole chase is captured on a live Instagram type stream by an amateur reporter who wants to show the heroic officer nabbing the kidnapper and saving the chief’s daughter. I’m sure most people will complain that this reporter gal is annoying and has no business being in peril running alongside the heroic officer. Yes, anyone with a brain knows that and the movie even acknowledges that, but guess what? That’s the plot and what separates this from a million other derivative films. And why be a killjoy when you can have some engaging material that excites you? By filming it from both the smartphone’s POV and following a dozen visible footchases, this only increased the urgency of the whole scenario. 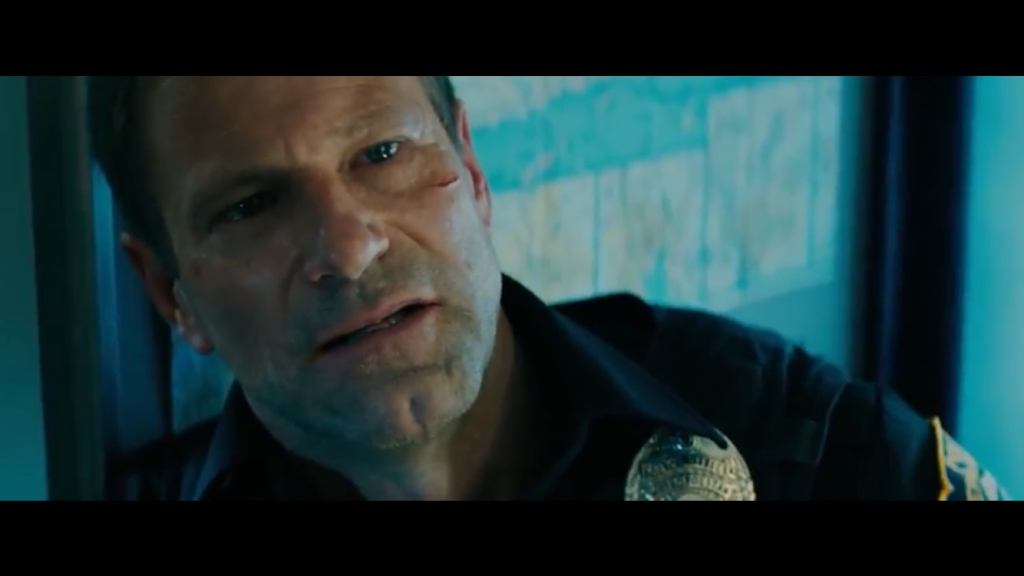 Concerning the cast, all were good but some didn’t have much to do. Giancarlo Esposito was mostly confined to two locations but added life to the stressed out Chief who doesn’t want his daughter ending up in a SAW-type torture chamber where she’ll eventually be drowned. Courtney Eaton is still an up-and-comer but after this film I definitely hope she becomes a bigger star as there are far too many younger stars getting roles because of their looks but she has convincing reactions to go with the looks. Her social media character does start off as annoying but eventually she starts inevitably helping the protagonist in his fights, and even telling off her social media partner who’s being insensitive and not taking this seriously like everyone else. It was nice seeing Dina Meyer again as she’s mostly been confined to Lifetime thrillers and other crap Horror flicks but while this is better material, she honestly didn’t get to do much here despite ordering around the newsroom broadcasts. I didn’t mind the live news media mostly taking a backseat for a change as the social media was the main star already (much like I didn’t mind there being little focus on the kidnapped kid), but it did restrict Meyer’s role. Ben McKenzie (Gotham) actually made a surprisingly welcome presence as the psycho villain, who shows up halfway thru the film and only hates the hero more the minute his brother gets killed in this crazy ransom scheme. 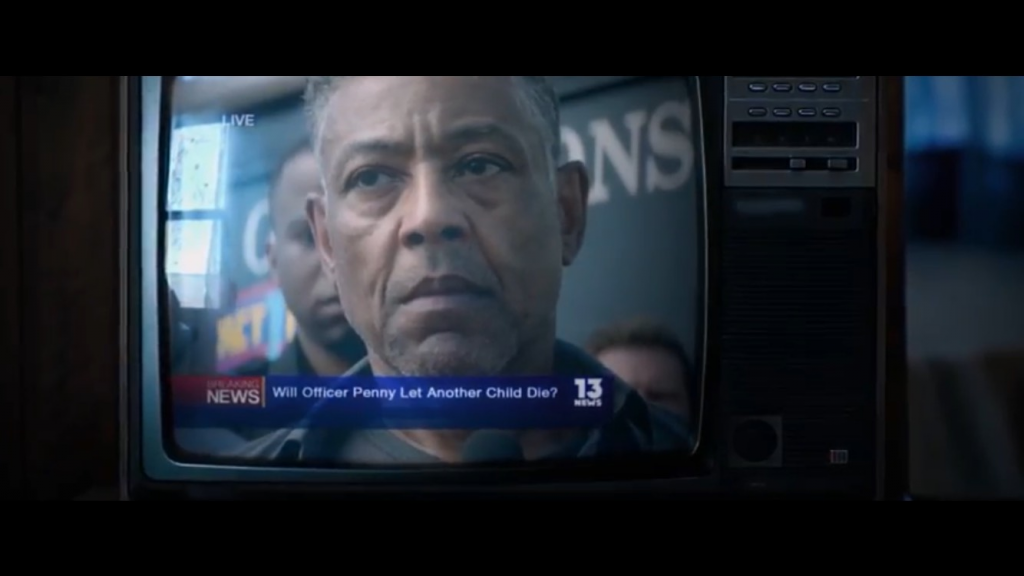 Now, onto the moment you’ve all been waiting for: does Aaron Eckhart kick some serious ass here? Yes, yes, he certainly does. He gives a few different fights and carries the film much like he’s done every other project he’s been on in the past. This character easily ranks up there with his roles in Dark Knight, Battle LA, Erased and the Olympus Has Fallen films. In fact, near the end when he’s getting into one of many fights with the villain, he actually lets out a Batman-style “Where is she?” exclaim, except it actually feels realistic and cool without being cliche or as trite as Christian Bale’s cancer-sounding take (you’ve heard that critique before; those who don’t get that reference- Google it!).
By having Eckhart’s character be in one long-shot chase, shoot-out, another chase and one final fight, you never face boredom and by keeping it simple without giving it all away, the film becomes an instantly rewatchable thrill ride doing everything it promised. There’s plenty of tropes but never a sense that the movie is clueless about how material like this has been covered before as it chooses to showcase it in different styles while still making use of the live TV gimmick. It also did a good job at using actual gunfire sounds and, near the end, even inserted a well-timed “Wilhelm!” noise for one shocking casualty!
So by making the best use of its premise, never showing its low-budget, being consistent in tone and style, and delivering the action goods, Action viewers shouldn’t hesitate to seek out this rollercoaster!