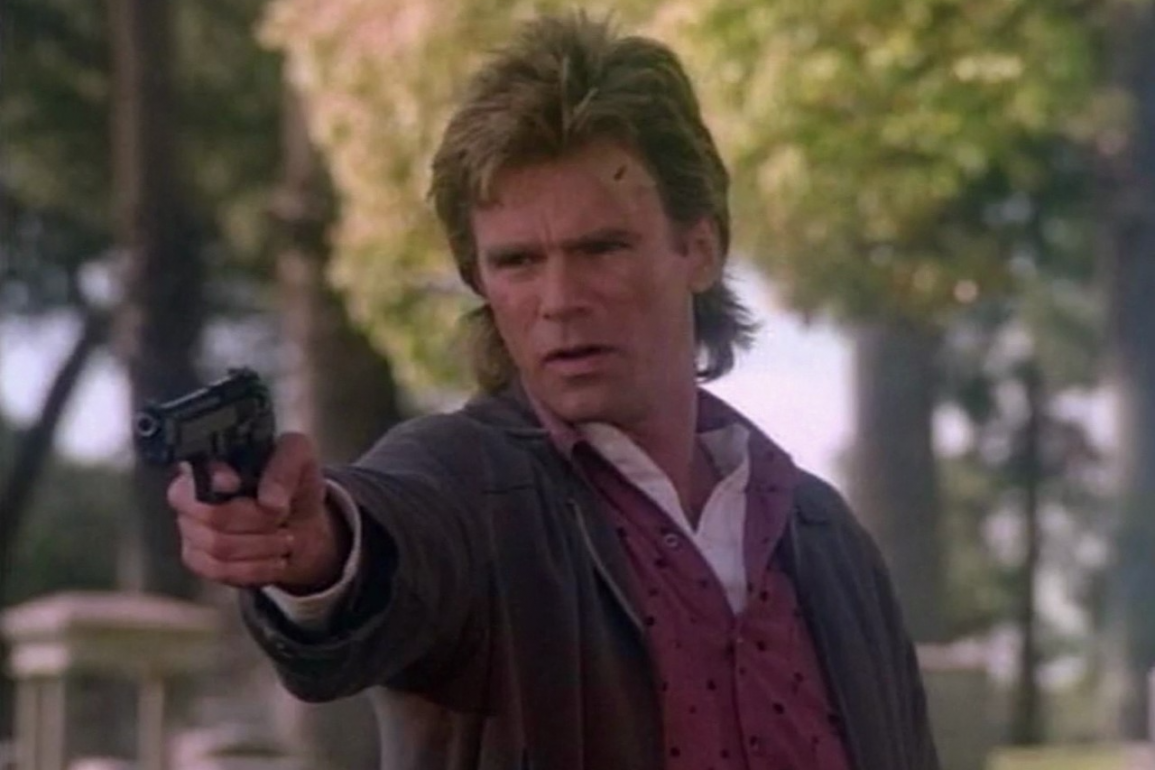 It doesn’t matter what era you were, all shall dig the sometimes clever insanity of ‘80 adventure TV and who knows: maybe you’ll want to become a paperclip-carrying spy yourself!

Plot: Richard Dean Anderson stars as the titular Swiss army knife carrying spy who works for the Phoenix Foundation in L.A.: a scientific research lab to the public, a government contractor who assigns dangerous missions to those who work there!

Review: Produced by comedic actor Henry Winkler, this uncanny spy adventure series lasted seven years and became an item of both serious or campy proportions, depending on the episode. You either dig it like you dig The A-Team, Hunter or Airwolf or loathe it because you believed everything had to be a certain type of Oscar-winning quality. Regardless, there was no mistaking the fun in this ‘80s escapade which rode its success on the always intense scenarios and doing much what Mission: Impossible did for the ‘70s.

It gets even more mind-blowing when you realize the scripts were dictated by what the scientific advisor stated was or wasn’t possible! Yes, sometimes the sets, henchman or scenario still wasn’t believable no matter how you spun it but after the first season gets mostly everything all set up, it really gets its material and audience expectations together and keeps running with it while getting all the more badass.

Nitpickers can step aside while the rest of us embrace the ‘80s popcorn that was easily as beloved as Indiana Jones. The music is rather neat while getting one in the mood, the different array of villains are always intriguing and each episode plays like the best moments of any James Bond movie at that point with more easy-going light laughs and never-before-seen gadgets. Mention this show to any decade and you’ll always find someone who’s seen this show and gets your reference. Either way, it is a perfect summary of the type of easy yet charming fun that filled small screens during this era.