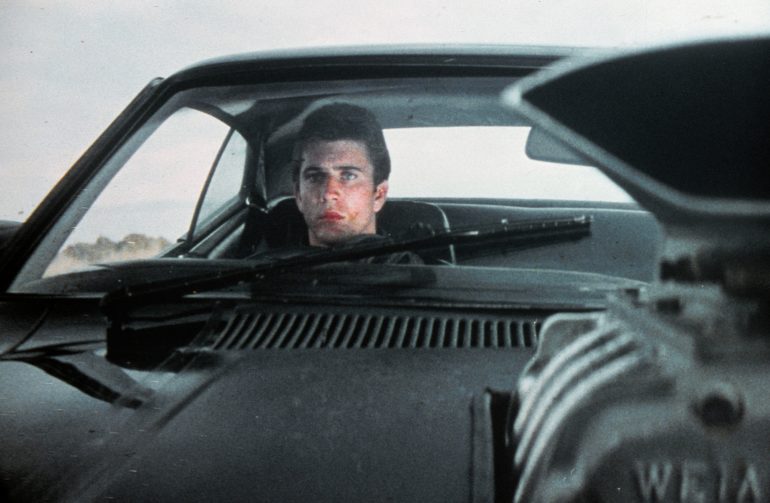 Mad Max vs. The Road Warrior vs. Beyond Thunderdome vs. Fury Road

It’s impossible to think of the term “post-apocalyptic” without thinking of the words Mad Max. George Miller’s anti-hero who always appears to be out solely for survival, only to help out those in need has been one of the most enduring action heroes of any series, and all four Mad Max movies are high quality – which is rare for a series. However, inevitably, the question has to be asked: which one is the best? 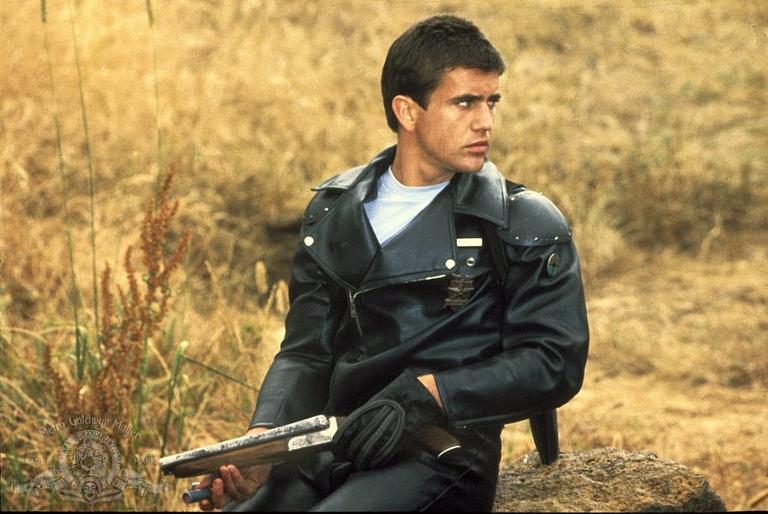 Story: The first Mad Max is definitely a standout in the series, story-wise. Unlike the other movies, this one appears to take place either just before or not that long after whatever post-apocalyptic event results in the setting of the series. While everything looks disheveled and run down, there is a sense that civilization is struggling to exist, as Max and his fellow cops attempt to police the unruly roads. You also get a sense that there is the ability to get away from the dark, depressing cities, as Max and his family go out to the country to get away from it all. There is an overall hopeful undercurrent that despite how horrible everything looks, there is still a sense of safety with guys like Max trying to maintain the pillars of civilization.

The Villain: Toecutter is the main baddie in the first film and in comparison to the rest, he is truly one of the worst. A deranged-looking gang leader, he has no problems disciplining his fellow outlaws, nor accosting young women who are out and about with their children. It is under his direction that the worst of the events in the film take place, such as overseeing Goose’s disfigurement (and assumed demise), as well as murdering Max’s wife and son. He even has Max’s dog murdered. While some of the other villains are more colourful and flamboyant, Toecutter is undoubtedly the worst for sheer malicious actions.

The Action: The pace starts off fast and furious in this one. We begin with a stellar car chase between Nightrider, one of Toecutter’s men, leading Max’s police colleagues on a long chase through the Australian desert. Eventually, Max joins the chase, leading to a spectacular fiery crash for the evil Nightrider. That set piece is nothing compared to the finale, a battle on the roads between Max and Toecutter’s men that leads to a truly graphic and satisfying sequence where Max maneuvers Toecutter’s bike into an oncoming semi. You can actually see Toecutter’s body being mashed to pieces as he hits the transport truck head-on. This movie started the trend of big, brutal action sequences that would be the hallmark of the series. 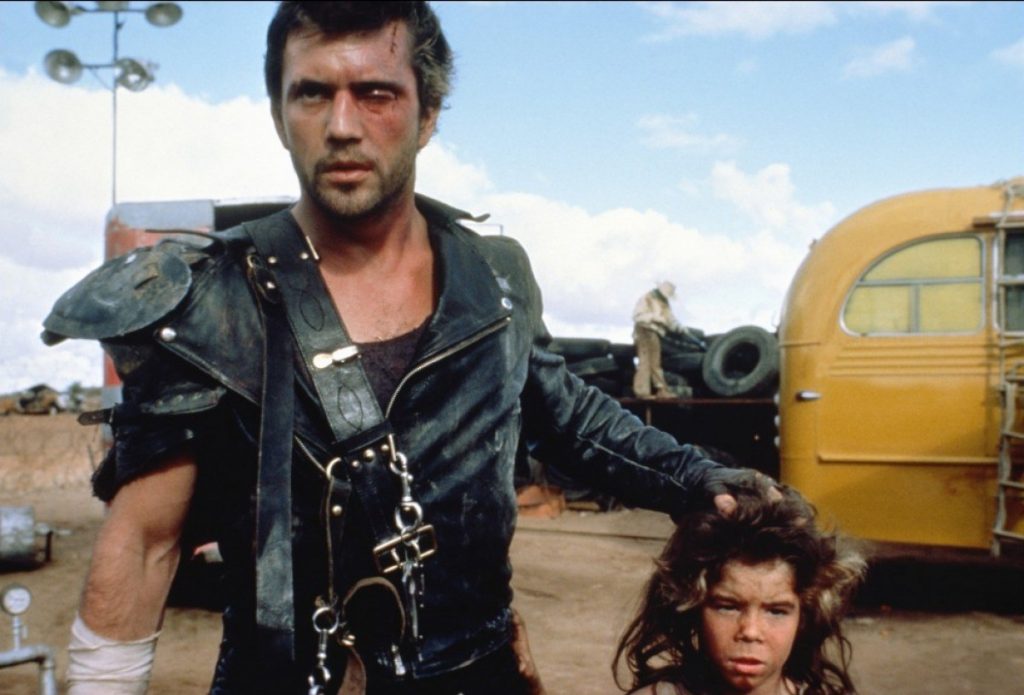 Story: Unlike the first story which portrayed a sense of hope among ruin, the world has moved on at the beginning of this one, and Max has assumed the role of lonely wanderer. He soon finds a group of people fortressed behind a formidable compound and terrorized by a gang lead by the charismatic “ayatollah of rock and rolla,” Lord Humungus. This story plays out more like a traditional western, with the battle-hardened Max appearing on the side of the good guys for completely self-serving purposes, only to show his altruistic side and help the people escape their predicament, even though there is no tangible benefit for him to do so. It speaks that despite the horrors that he has endured, Max still maintains some semblance of the man who was a police officer and helped people, despite the risk to his own safety.

Villain: Visually, Lord Humungus is a far more impressive villain than his predecessor from the previous film. Wearing a hockey mask and looking like a tag-team wrestler, he tries to reassure the settlers behind the wall that no harm will come to them – as long as they share their gas. However, as villains go, Humungus’ bark is worse than his bite. While the film takes pains to show him orchestrating his gang’s activities, he rarely gets involved personally, leaving most of the brutality to his lieutenant, Wez. He lacks the desire to get his hands dirty, and while that could imply he acts more like a king in a chess game than a brutal thug, he fails to have the impact that his henchmen do.

Action: This movie looks more impressive, with bigger vehicles and stunts than the first film. While lacking the guerilla, low-budget charm of the first film, it is more daring, featuring a gyrocopter amongst the vehicles used, which means more aerial attacks. The big set-piece is the pursuit at the end of the film, which is a mirror image of the first film – Max is now being pursued instead of the pursuer. As with the first film, the sequence is quite long, features lots of deaths and ends with a head-on collision. The ending feels almost like a re-hash of the ending sequence of the first film, just reversed and with a much, much larger budget. 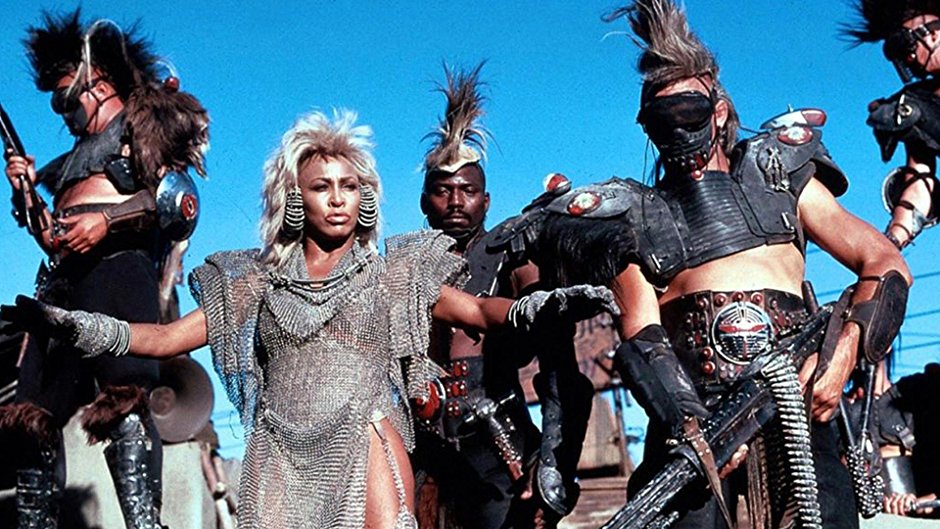 Story: I think of this film as Mad Max meets Peter Pan. After escaping Aunty Entity, he comes across a group of kids who feel like they could have easily been cast as the Lost Boys from the Disney classic. Their innocence and unbridled optimism are a stark contrast to Max’s cold, angry and despondent hero. However, when push comes to shove, he still acts out of their best interest as opposed to his own and risks his life to enter a dangerous part of the desert to save the children.  At the end of the film, the story continues the myth of Max and his heroic actions, reminding me of one of those old western serials where the hard-bitten cowboy wanders from town-to-town, spreading stories of his exploits in his wake.

Villain: This one does something different and throws a curveball at the viewer. Initially, we are lead to believe that Aunty Entity is an ally of Max, with the massive and impressive Master Blaster serving as Max’s quarry. However, we soon get the roles reversed, with Master Blaster serving as sympathetic, while Aunty Entity playing the part of bad guy. However, she really isn’t all that bad – despite her role as the antagonist in the film, she turns around at the end instead of continuing to pursue Max, saving herself from a fate the other two villains suffered in the previous two films.  In many ways, she’s just like Max, a person forced to make difficult decisions in a tough world.

Action: Well, the movie is called “Beyond Thunderdome” and with good reason – the Thunderdome in the film is the epitome of awesome. A large, domed structure that features two combatants fighting to the death while tethered to the ceiling, it allows for some acrobatic moves and nice visuals to accompany the action. The big chase at the end of the film returns in this one, with a train replacing the tanker truck from the first film, however it doesn’t have the brutality of the first film, as the focus is more on the escape of the children than a blood-thirsty revenge ploy. The destruction of Bartertown is also impressive and shows how far the filmmakers have come from the first film. 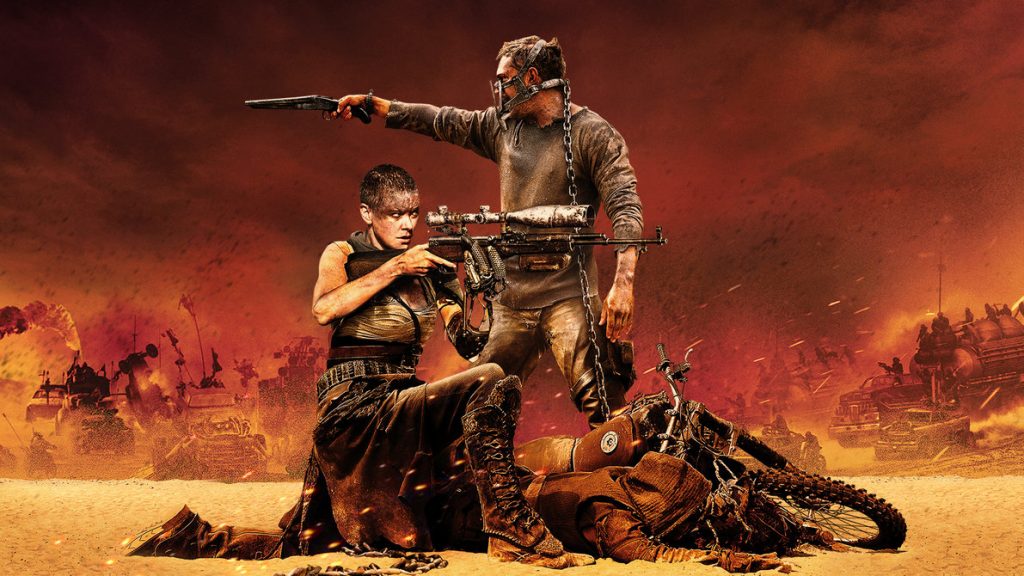 Story: Thirty years after Thunderdome, George Miller returned to his landmark series, featuring a new actor as Max and introducing something completely new to the series: an extremely strong female protagonist. This movie is as much Furiosa’s story as it is Max’s, as she metaphorically drives a lot of the action in the middle of the movie, driving the Rig through the desert, pursued by attackers through the second act of the film. Her uneasy alliance with Max and her desire to find the Green Place shows that while she may be tough on the outside, she still has optimism for the future, an underlying current in the film series. While I don’t necessarily agree with the decision to have her kill the head bad guy, it shows how important Furiosa is to the movie that she is allowed to be the hero as much as Max.

Villain: Hugh Keays-Byrne returns to the series, playing Immortan Joe, the main bad guy, after appearing as Toecutter in the first film. Immortan Joe is basically Toecutter on steroids. Wearing a scary skull mask and thinking nothing of forcing himself on nubile young women to continue his bloodline, nor of using an injured Max as a blood bag for Nux, a member of his gang. Like Joe, his gang is a larger and more flamboyant crew, headed by the ridiculously imposing Nathan Jones as Joe’s son and a disfigured guitar player named iOTA. To me, it’s not even close; this is easily the scariest bunch of villains in any of the Mad Max movies.

Action: With more money means more action and this movie doesn’t let up too much. From Max’s escape from Joe’s gang to the terrific chase through a sandstorm, this movie is non-stop action. The action simply does not let up – when the War Rig actually stops once in a while; you wonder if it’s just for the actors to catch their breath. There are few lull points in this movie, and I think it’s safe to say that this one features the most action of any of the four movies.

This one is tough as the series continued to evolve throughout the movies. I honestly feel that the top two contenders are the first and fourth film as the second film is more of your typical western and the third suffers from a villain who really isn’t all that bad, just trying to survive in a tough world. If I have to pick, I would say that the first film is the best, as it feels the most different from the other films, less mainstream and less theatrical. It fits better than the others as a gritty film that mirrors it’s subject matter, whereas the other films have that touch of blockbuster that serves to dilute some of the material. That being said, this has to be one of the best film series, period and here’s hoping we get a fifth film before too long.