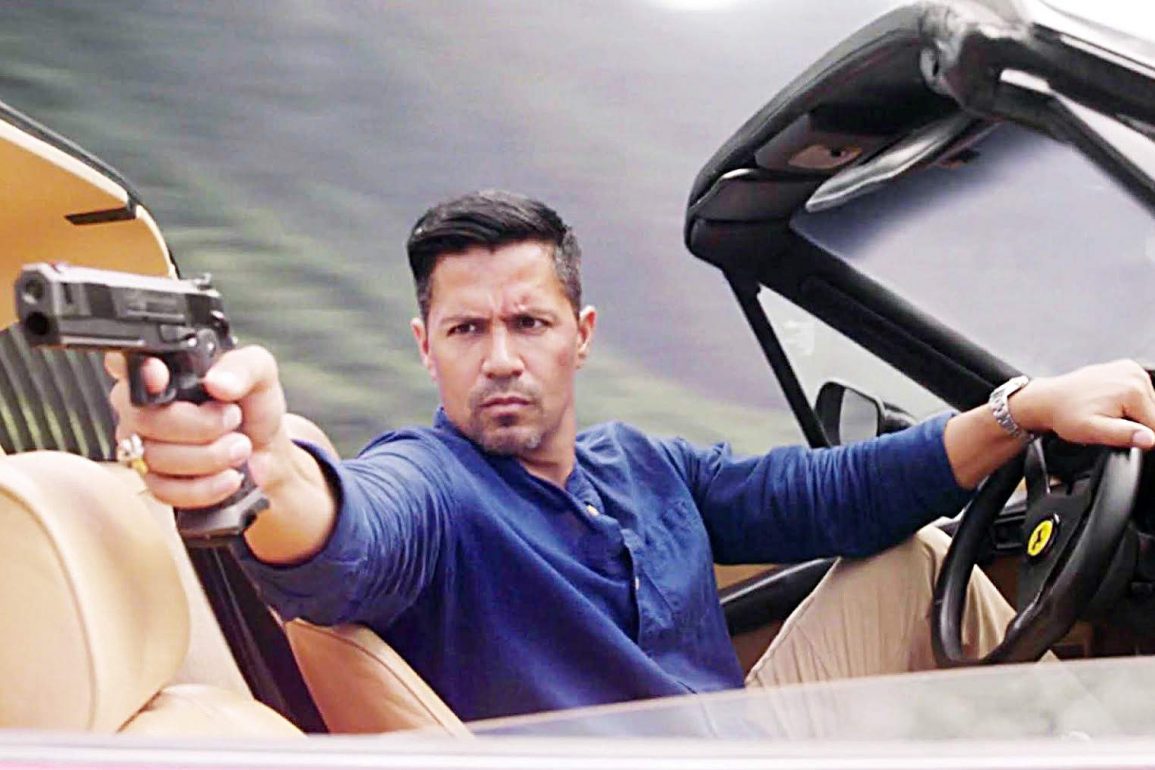 Another facepalm worthy show that infamously not only adds nothing new for the spy/cop genre but didn’t bother to add any charisma, excitement or fun for its own sake.

Plot: Thomas Magnum (Jay Hernandez, Takers), a former Navy SEAL, is a private investigator. He lives in Hawaii, on the estate of multi-millionaire author Robin Masters, run by Juliett Higgins (Perdita Weeks, Ready Player One), a former MI6 agent. He has an uncanny knack of getting involved in cases involving major crimes. In these endeavours he is aided and abetted by his close friends Rick (Zachary Knighton, Happy Endings) and TC (Stephen Hill, Widows). Recurring co-stars include: Tim Kang (Rambo), Jordana Brewster (Lethal Weapon), Tiffany Hines (Nikita) and Dominick Lombardozzi (The Wire).

Review: Where to begin on this hot mess that is 20 episodes? The filmmakers have all worked on other stylish shows like Chuck, 24 and the CSI franchise. This show is even set in the same universe as NCIS, the new Hawaii Five-0, the new MacGyver and Scorpion. The original didn’t beg to be remade but you would think the fun would’ve carried over somehow. No way, Jose!I wasn’t the biggest fan of the original due to it being too outdated even by ‘80s standards for me but I think everyone can agree that it had charm, heart and wit. And in today’s day and age, we are opposed to remakes, reboots and reimaginings but the best of us try to be reasoned and accept each work on its own strengths as it’s only fair. No such luck here as while the cast have been reasonable if not always memorable talents in other films and shows, their characters are too thin even by this show’s low-brow standards, and as a result, make no impact. Jay’s version of the title character has plenty of backstory which never maintains any interest due to the generic crimes and virtually giving the protagonist little to do. At first Jay seems to be copying Selleck’s version of the character while other times seeming like a Mark Dacascos B-movie type. In other words, he’s trying out different personas just trying to see what sticks and since none of it does, the character holds no interest.

But we’re not here to cheaply knock actors as they’re only as good as their material. I was okay with the creators’ previous Hawaii Five-0 and MacGyver interpretations because, much like the movie version of Mission: Impossible, it made sense to take older shows while making their format more intense and occasionally wink at their origins. Magnum’s issue was that it stood out more due to its cast and the typical Donald P. Bellisario mystery structures. We’re instead fed not only what feels like too many elements and cooks in the kitchen but never enough focus on anything. Not all viewers have enough time to take in all the elements and subplots so it’s up to the producers to do the organizing. Unfortunately, it seemed like even force-feeding us all this on-screen mayhem was too much to ask as so much stuff is thrown on-screen but little of it sticks.

We don’t ask that everything be memorable or instantly rewatchable, only entertaining but I found nothing to make me come back, aside from wanting to write a review. The show is too busy introducing some spy and detective elements while never feeling important enough to want to attach one’s self to the proceedings.  And because the crime cases don’t seem energetic and the CIA material is too messily introduced (even by spy TV standards), we keep being reminded of better quality shows we could be watching instead.

Looking back at the cast, I have seen Knighton maintain a cool comedic presence in other works. I have seen Brewster be a reasonable support in other like-it-or-hate-it thrill rides. I can’t tell you much about their characters as neither struck a chord or was truly well-used. Instead, much like the SEAL version of Magnum, I kept thinking where else I’ve seen the cast do prior. The guest stars did not fare much better at all and made lacking impacts even from a stunt casting perspective (which included pop singer Cyndi Lauper and Roger E. Moseley from the original).

I truly fail to see why this show feels so empty. They changed up the genders and races of some characters but it wasn’t played up so there wasn’t any media controversy before the first show airing, only that not everyone thought this was a good show to remake. The editing, camerawork and style were similar to the other CBS action shows yet it felt too mindless that it became dull and too complex that it got annoying, if not confusing. I honestly don’t know who the audience is for this premise as there’s no gimmick, catchy plot twists or any underlying themes to ratchet up any real interest.

This brings me now to the action portion to review as this is an action genre review site after all. If you don’t remember anything about the original show, you at least remember the Ferrari car chases and shoot-outs when not eying the sexy people, one-liners, Hawaiian shirts and scenery. I found no eye-catching visuals in even the establishing shots here. Aside from the earlier episodes which had a rather overdone car chase and trite CGI by even TV show standards, I can barely recall anything that fit the bill. There were occasional fight scenes but because they were too brief, showed no imagination and barely served whatever already paper-thin mystery of the week, I can’t recommend it for the stunt craving crowds either. If we have to put aside anything outstanding or notable and just look at it as simple, straightforward stuff, I am still coming up with no results. You can do a YouTube search for a fight scene on thus show and you’ll come up short.

I’m probably boring you with some repeated observations and, trust me, I tried to find something new each headscratchingly wretched episode. It’s like this show wanted me to force myself to like it as opposed to slowly build up some form of a fun idea with a sense of it’s own potential future. But it finds no purpose just going thru the motions and adding little detail to anything. At least when one watches a so-bad-its-good movie, you at least know what it was going for before it misfired in post. Here I couldn’t tell you if there was any heart, let alone any scripts as everything is just so comatose.