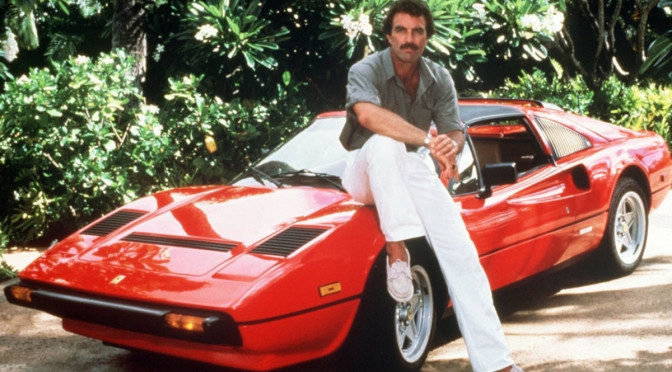 While inevitably dated in look, this is one rare example of how to make an action-crime-comedy show that is never repetitive or awkward in style and is always an easy yet rewarding crowdpleaser.

Review: Much like the original Hawaii Five-0, this megahit show was pretty good about making all the right first impressions as while its various shady villains all had something to hide, the show itself had nothing to hide and was hardly too much for its own good, repetitive or lacking in any fun. Never terribly violent or playing it safe, it manages to be a relaxed and laid-back escapade each episode and the cast having charisma always helps things even more. Moody without being unfocused, witty without being too cute and clever without feeling pretentious, it’s always an enjoyable adventure. It also follows the Rockford Files handbook as well in terms of being light in tone and in the crimes shown for the most part and while it’s serious, it’s never too hard to suspend belief or without a dozen jokes each episode.

Airing from 1980 to 1988, it’s easy to see why many viewers lined up each week to embrace it as while light on any recurring storylines, it successfully entertained in all areas. No episode was ever the same or inconsistent with whatever went on, and never tried to be too deep or even too popcorn-like in development. It was the rare mixture of being just right with both the dramatic, exciting, amusing and suspenseful textures but never insisted on being so “out-of-this-world.” And despite many villains of the week and occasional fist fights, it was never gritty or graphic. And in another rare moment, it managed to have many sexy people but hardly become full-blown risque either. It was able to be viewed by the whole family without being too explicit by even ‘80s standards and was never restricted to just kiddies or adults.

Honestly, the only things that I felt were letdowns were the often-talked-about crossover episodes, in Seasons 3 and 7 respectively, for other Crime shows like Simon and Simon and Murder, She Wrote. My main pet peeves were that the cast of either never seemed to gel and despite being somewhat similar in tone, said tone was truly all over the pace. In all honesty, I’m surprised though that the former show didn’t start off as a Magnum spin-off and the latter crossover really dragged for some reason as if they were so busy scheduling the crossover event that they barely were able to get a passable script for the actual episode done in time. Other than that, this show often has all the appropriate bases covered and hits a home run each go-around to justify its place in pop culture, let alone rewatchable entertainment.