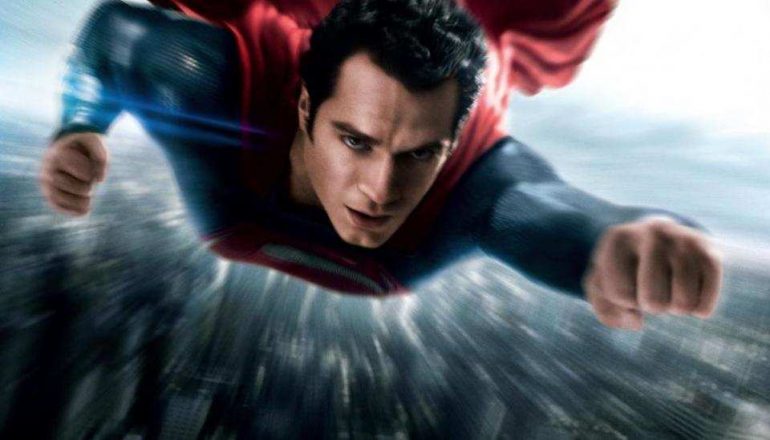 Zack Snyder has brought Superman in a bold new direction for a modern audience; not everyone will approve but I thought it was awesome with Henry Cavill proving he has the chops to be a great Man of Steel.

Plot: A young itinerant worker is forced to confront his secret extraterrestrial heritage when Earth is invaded by members of his race.

Review: “When they try to dress him up, put him in jeans and a T-shirt or a leather jacket with an S on it, I go: ‘What? Guys, it’s O.K. It’s Superman. He’s the king daddy. You should all be bowing down to him.’ ” – Zack Synder, speaking on approaches at modernizing Superman.

When I read that quote, all I could say was, “FINALLY, someone in Hollywood gets it!”

When I walked out of “Man of Steel”, all I could say was, “Give Zack Synder ‘Justice League’ RIGHT NOW!!!”

It has long been the fear of fanboys around the world that Superman has been re-molded in Batman’s image, that the average moviegoer cannot connect with a supreme being from another world and will only accept the Man of Steel if he is stripped of the very qualities that make him the man that he is. On the basis of “Man of Steel”, David S. Goyer, Christopher Nolan, and Zack Synder have delivered an earth-shattering uppercut to those fears and sent them crashing through a jungle of skyscrapers.

Clark Kent, played by Henry Cavill, lives the life of a drifter, moving from one menial job to the next, always under an alias, on an never-ending quest for answers about his mysterious origins that grant him god-like abilities. Raised on a farm in rural Kansas by Johnathan and Martha Kent, played by Kevin Costner and Diane Lane, his only connection to his birth parents is the alien spacecraft he was discovered in as an infant, tucked away in the Kent’s barn. Clark has used his powers to save lives on numerous occasions, only to disappear into a new identity just as quickly, remembering his deceased father’s fears that the human race is not mature enough to know that someone like Clark walks among them. Clark discovers an opportunity to find some answers when something that appears to be an alien spacecraft is discovered in Northern Canada, a finding that has also attracted the attention of Pulitzer Prize winning journalist Lois Lane, played by Amy Adams.

From the moment “Man of Steel” was announced, the filmmakers have taken every opportunity to stress that the film would be a fresh start for Superman – no tips of the hat to the Christopher Reeve films, no tie-ins or references to any other cinematic incarnation of the character. And save for having two “Smallville” alumni in its cast (Amy Adams guest-starred in the episode “Craving”, and that series Dr. Emil Hamilton, Alessandro Juliani, makes a brief appearance, ironically alongside Richard Schiff, who assumes the role in the film), “Man of Steel” does completely sever any connection with any other live-action iteration of Superman, truly establishing itself as the Superman for the modern era. The film is both familiar and different in it’s approach to DC’s flagship character, ditching the red trunks that have been a staple of the suit until DC’s New 52 continuity reboot and bringing its own unique style to its depiction of Krypton and Kryptonian technology.

In fact, the opening prologue set on Krypton alone is worth the admission price. Gone is the frigid planetary glacier of Richard Donner’s “Superman: The Movie”, replaced with a mountainous panorama dotted with technology and architecture of a “Matrix”-like aesthetic. In the twenty minutes or so we get to see of Krypton before it’s destruction, nothing is held back in showing the audience what an advanced race Kryptonians are. Explanations for Krypton’s destruction over the years have varied from the planet itself destabilizing to a civil war, and the film incorporates both to great effect, while taking the viewer on a decidedly scenic route through Krypton’s topography and wild-life. All the talk about “Man of Steel” has centered around how it will establish a DC Cinematic Universe and facilitate the eventual “Justice League” movie, but it’s depiction of Krypton is so breathtaking that I’d happily fork over the full admission price for a prequel depicting Kryptonian history.

The film is, however, no less breath-taking when the action moves to Earth. If you’ve seen every trailer and TV spot for the film, at best, you’ve seen an itsy-bitsy, teeny-weeny crumb of the kind mind-blowing visual style and quite literally earth-shattering action that make up “Man of Steel”. This is Zack Synder at his Zack Synderest. With Christopher Nolan’s involvement in the film, the expectation was for a continuation of the somber, melancholy tone of “The Dark Knight” trilogy, and it turns out that, in terms of both tone and scale, the film is more akin to “The Avengers” on steroids. Whoever was in charge of the marketing for “Man of Steel” should be up for the Noble Prize for secrecy, since the nature of the film is one of the best kept secrets since the ending of “The Sixth Sense”.

It’s hard to make a real point of comparison in the film’s action and visual effects, because “Man of Steel” isn’t simply trying to exist as its own distinct Superman film, but is also going for something that hasn’t been attempted before in comic book films. Put simply, this is the first time in a superhero movie where the audience is made to feel that they are watching gods wage war on one another (sorry, Thor.) The very act of a Kryptonian taking flight is enough to provoke a minor earthquake, and two of them trading punches leaves any man-made structure within a 500 ft. radius in ruins. The last third of the film, in particular, truly must be seen to be believed, and leaves me convinced that Synder wanted to do a DC Comics version of “Asura’s Wrath”, one of my current favorite video games which uses as visual style and scale to its action sequences tailor-made for Synder’s penchant for going ten miles over the top. If ever a superhero film earned the right to be called epic, it’s “Man of Steel”.

Still, a superhero film lives or dies on how it’s cast brings their characters to life, and “Man of Steel” is just as much of a powerhouse in this department. Henry Cavill is truly his own man as Clark Kent, embodying the lonely wanderer that is Kal-El – born on one world, raised in another, a stranger to both. Rather than being the geeky klutz in the Daily Planet, his Superman is an outsider desperate to keep a low-profile before fate calls upon him to become mankind’s savior. Once in the suit, Cavill is everything that Superman must be to personify the symbol of hope worn on his chest, the kind of big brother figure that the man who will one day lead the Justice League is renown as. Michael Shannon’s take on General Zod is just as dead on and goes even further towards distancing himself from past versions of the character. Once a psychotic, narcissistic hedonist, Shannon’s Zod is the type of villain who believes he is the hero, seeking only to lead his people into the Promised Land, even if it’s at the expense of the people of Earth. This is a General who wants his enemies to Kneel Before Zod out of respect rather than fear.

Superman is and always will be the hero of heroes, and “Man of Steel” is a film that understands why. I’ve had mixed feelings regarding Zack Synder’s body of work – I found “Watchmen” depressing and emotionally hollow, and I loved “300” for its combination of exotic visuals and breathtaking action, but I was still excited to see his unique approach to bringing a comic book to life applied to the father of the superhero genre. By the time the end credits rolled, it was beyond clear that not only has Superman found his director, the entire Justice League had, as well.

The world can rest easy, now – the Man of Steel has, at last, returned!