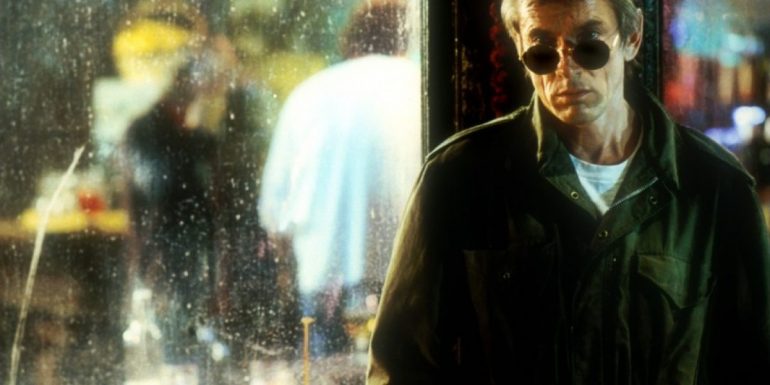 If you count Kino’s previous Blu-ray release of The Challenge with Scott Glenn, I’d say viewers no longer have an excuse in denying that Glenn is one of our most underrated and undervalued actors around.

Synopsis: A former CIA agent, John Creasy, is hired as a bodyguard for a girl in Italy, who becomes the daughter he never had. When she is abducted, Creasy’s fiery rage is unleashed, and despite being badly wounded, embarks on a bloody revenge spree.

Review: Vietnam Vet turned mercenary Creasy (Scott Glenn, always outstanding) is on the rebound after a traumatic experience in the Middle East. His friend David (Joe Pesci) calls him up and offers him a bodyguard job in Italy. With nothing better to do, Creasy takes the gig, and he finds out only when he gets there that his clients (diplomats) require him to guard a 12-year old girl named Samantha (Jade Malle), which he absolutely doesn’t want to do. He gives it a go with a sour disposition, but Samantha melts his icy heart pretty quickly: He grows to love the girl, and when she’s kidnapped right in front of him (he’s shot several times and left for dead), he recuperates and musters his rage as he pieces together who took her. The kidnappers demand a ransom, but Creasy decides that the best way to deal with them is to go on the warpath and obliterate anything and everything that gets in his way to Samantha, the only thing in the world he cares about.

Before Denzel Washington and Tony Scott made the hyper stylized remake in 2004, this film was released to theaters and made the rounds on cable and VHS for many years. It’s based on a book by A.J. Quinnell, and this film – as directed by Elie Chouraqui – is a really down and gritty actioner that gives star Glenn a great role to play. For some reason when I saw this on VHS years and years ago, I didn’t care for it, but watching Kino Lorber’s brand new 2K restoration brought the colors to the film back with a vibrancy I didn’t notice on the VHS tape. The picture quality and the quality of the film itself far exceeded my original judgment of the movie, and I’d like to laud Kino Lorber for bringing this movie back into the public consciousness as it has been absent from conversations for at least a decade or two. If you count Kino’s previous blu ray release of The Challenge with Scott Glenn, I’d say viewers no longer have an excuse in denying that Glenn is one of our most underrated and undervalued actors around.