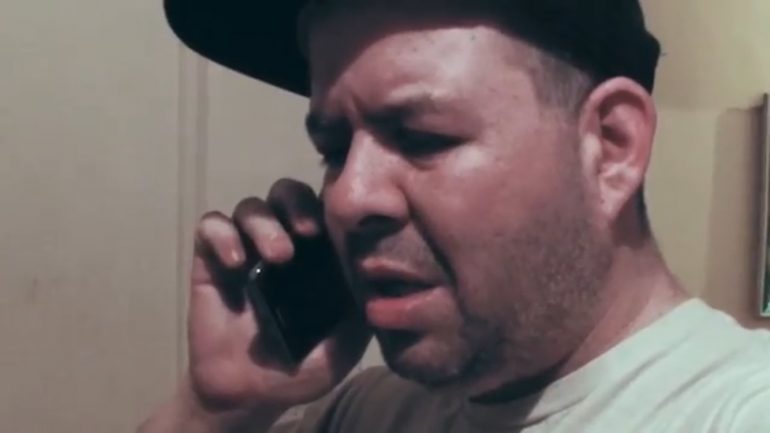 An overplotted and not-so-gripping indie actioner.
Plot: The story of a sadistic madman by the name of Santos (Jorge Valentin) who embarks on a journey to play a deadly game of manhunt with Conroy Jenkins (Franklin Correa, Flashdrive) a martial artist and survivalist who also instructs FBI trainees in close quarter combat and knife fighting. Being thrown into this maniacal game, he has no option due to his fiancée Stacey (Anissa Smith) having been taken by Santos. Now with the help of his trainees Burgos (Will Fonseca) and Lacey (Alanzo Phillips) they will take on a group of assassins where it all first began doing whatever it takes to survive.
Review: So let’s start with the good: I didn’t hear excessive static room tone-white noise, the movie begins with a knife fighting exercise, the death scenes were intriguingly shot, the actresses were all stunning and the end after-credits had a somewhat catchy song I would’ve typically heard in an ‘80s/‘90s post-apocalyptic-cyberpunk VHS era film. Now, onto the bad: just about everything else. While it’s not Uwe Boll or Alex Nevsky bad, it’s still Maverick Home Entertainment ridiculous bad. I don’t know if everyone was having TOO much fun or were reshooting to the point of losing the much-needed energy that would’ve made this a rather engaging indie, but it felt awkward.
The characters are all introduced in a way where one feels like they’re going to be the focus of the movie only to jump into the next plot or character intro. And seeing all of these guys be given a stylish end credit scene made me realize that I still only needed emphasis on 4 people tops, not everyone. The end fight was also rather unspectacular and the ending sets it up for a sequel- both of which are unearned and don’t pay off, and while I was never bored, I wasn’t interested or fully-engaged either.
I don’t know if everyone had busy schedules or were cranking this production to get it done quicker but the fast pace did go at too fast a rate that its mood was compromised and every other scene felt like a first take. I needed something far more batshit crazy going on here- wether it was a bizarre one-man army set-up or some FBI guy disarming a bomb on a bang bus. Something even crazy like Samurai Cop or Commando (maybe as crazy as the end after-credits easter egg) but we didn’t get even that outrageous or a laid-back fun feel. Either way, it’s free to view on Maverick Home Entertainment’s YouTube channel and Amazon Prime so you know where to find it should it emerge in a suggested film viewing display on your TV/phone/computer.