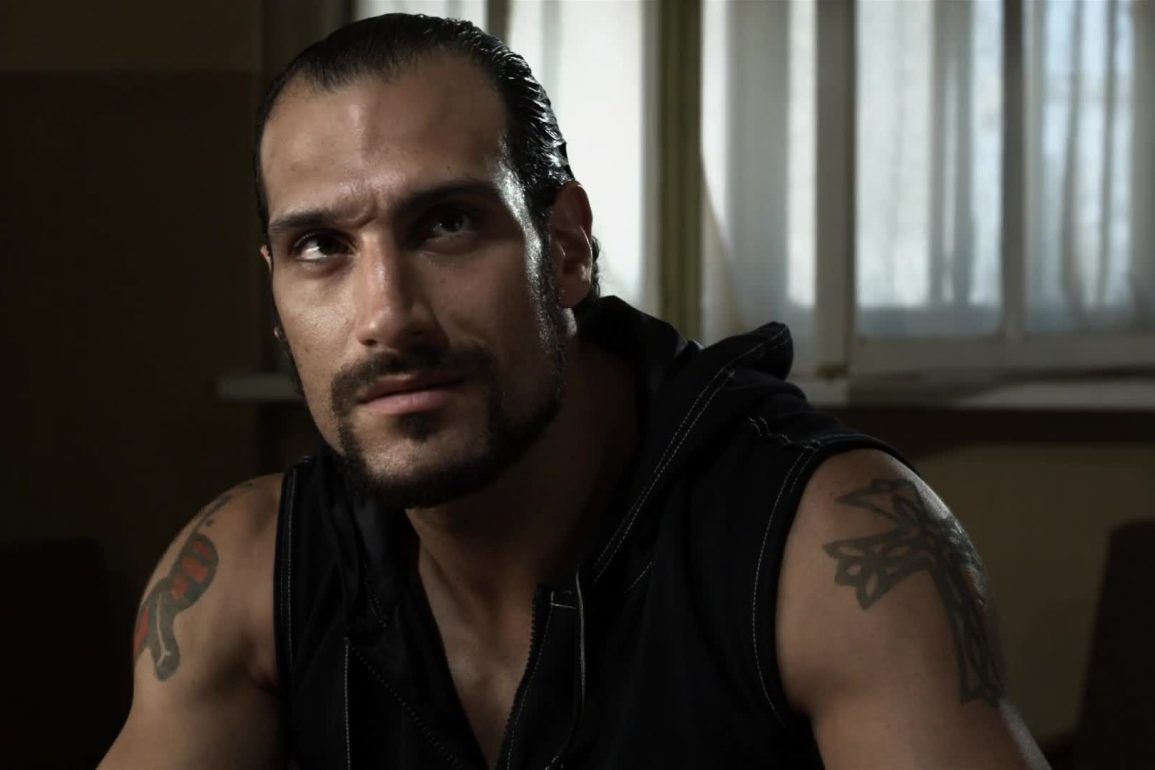 Greetings lovers of action worldwide, today you are in for an amazing treat. An insight to a life of action and honor from Marko Zaror. The first part of this multi-part interview focuses on his early life and training. Over the course of the next year or so, the remainder of this interview, perhaps the longest and most detailed one I have every completed will be unleashed on The Action Elite. Watch for a special project specific interview from Marko about Savage Dog coming later in 2017 on Dan’s Movie Report as well. Enough of my babbling on, time to go inside the mind of Marko, and get his thoughts on the action on and off screen!

Chat about your upbringing in Chile and how you became interested in acting.

When I was a kid I really loved martial arts, all the way from the time I was 6 or 8 years old. What really made me make the decision to dedicate my life to martial arts was when I saw Enter the Dragon and Bruce Lee. That movie was really so powerful for me, it really just changed my life. The film was a strong inspirational moment. I saw Bruce Lee’s energy, his charisma, it was so powerful, it was from that moment I was sure I wanted to ‘live’ that to go that way. I remember I saw that movie when I was eight on TV, and my life changed since that moment. I started training, I started searching for more of his (Bruce Lee’s) movies, that is how I started becoming interested in martial arts.

The action movies in Chile back then they did not exist. There is no real film industry, so my first idea was to be an instructor of martial arts, or maybe compete in the field. Perhaps go to the Olympics fighting for TKD, actually at that time TKD was not even in they Olympics. I did not know what I was going to do with my life, but I was 100% sure I wanted it to be related to martial arts. Little by little, when I started growing up, when I was 18, I got the opportunity to fly to Mexico City, and then I saw a friend of mine Jose Luis Mosca, he was living there and was doing low budget movies. That is how I realized this is real, I can maybe make movies and do martial arts in my movies, that is how I started focusing into learning and taking acting classes. Then I went to Telivisa, they gave me a scholarship to study acting to be able to work on soap operas in Mexico, and that is how it all started.

Wow, great insight to your embarking in action, perhaps chat more about Bruce Lee, how he has continued to inspire.

Bruce is like a hero, a father figure, it was so strong you could not believe. I still carry posters of Bruce Lee to every place I go. For example, when I move from one house to another. I fist lived in Mexico, then I lived in L.A. , then back to Chile. There has always been a poster of Bruce Lee in my room, I am so thankful of his work and what he did, and how he inspired people. He was and is a very strong influence on my life and career and everything. I just can say thanks to him for what he did for martial arts and for kids like me, back then to show me the way, and inspire my life.

Chat about your early martial arts training and some stand out moments.

Because I was a big fan of Bruce Lee, I was always looking for Kung Fu to study. I looked for different instructors. I started first with TKD when I was very little, but then I always wanted to be like Bruce Lee, and learn a Chinese style, I wanted to dress with the black pants, and the traditional things as a kid. I wanted to be exactly as Bruce Lee. I was a bit crazy haha, I did not want to grow up so tall, because I wanted to be like Bruce Lee, I did not want to have curly hair. I went into craziness when I was a kid it was so funny. Going back the the styles I started with kung Fu then after some years I did different styles of Kung Fu, I did the short Wing Chun style, then I did the long more Wushu style, but I was not really happy with the instructors, thus I was always searching and looking. When I grew up I started doing karate because I find a really good master, it was hard to change from black pants like Bruce Lee to the white Karate kimono. Then I got invited to the national team of TKD, so I started doing more of that. I recognized I always had this ability and power with my legs. I focus a lot on kicking, and spins, they told me you could do really good in TKD come and train with the national team.

I trained a couple of years with the national team, I competed there a bit. After that I decided to go to Mexico, and started to try out in movies and acting. I started training with Roberto Perez 4 times world champion on speed point, he did point fighting, and karate. His style was unique and very dynamic. We started to train, that is the first time I saw these 720 spin kicks and crazy moves I have never experienced before. I was very agile and good in my country but I have never seen all these tricks going on. That was the first time I got attached with the evolution of martial arts, and the ‘non traditional’ type of techniques.

Wow, must have been an life changing experience, please chat how you adapted.

I started to take more of an athlete approach, such as training with weights, to develop the jumping and speed ability further. It is with this background I started developing my own way of training. I learned these skills, now I need to practice all of these skills to jump higher, faster, kick higher and do all of these crazy tricks.

Thank you for that detailed look inside your upbringing, want to wrap up the first part of this interview by sharing a story from the set of Machete Kills, and how it changed your outlook on film.

Machete Kills was awesome, it was a very big and important moment in my career and my life. Before Machete Kills I did my movies in Chile, I was at a point (in my career) where I was deciding to go into fighting, and stop doing movies and discontinue acting. The movies I did in Chile did very good in the film festival side, but the business side just did not work. The companies producing the films were not doing the right things in terms of distribution, we were not with the right people. Because of this the initial investment was never returned, so I got really disappointed about the industry, I was thinking, this does not work. I cannot keep doing movies and finding investors cause I did not believe in the business, that you could recover your money on a movie.

I was training hoping to compete globally, perhaps in the UFC, I did not think I would make it to the UFC but, I gave it a shot. I started training in MMA and wrestling, I turned and switched my training specifically for fighting. Machete Kills was so important because I was about to travel to Peru and start training hardcore for fighting, to get ready for a fight. Suddenly, I received a call from the amazing Robert Rodriguez inviting me to Machete Kills. Robert Rodriquez is to me in film the same inspiration as Bruce Lee in martial arts. When I started doing my movies in Chile I always looked up to Robert. He was the one who basically told everyone in the world you can make your own movie with a little camera, you can just do it. He is the best example for that, he is a very big inspiration, thus, receiving a call from him was magical, crazy. I knew that the call meant I had to follow the acting path and forget about my past plans. I did not even think about it one second, ok that was good that you had a plan, but life is showing you the way now. I traveled and met with him, he told me I want to use you in my movie and I have a little role for you.

Wow that is amazing, a new life focus, perhaps expound on that. How was the experience working on Machete Kills?

It was an incredible experience, it was the first time being involved in such a big production, and working with such amazingly talented people. I was just so happy as an experience on the set it was crazy, because Robert has this unique way to shoot. He is very dynamic and he knows what he wants. We were shooting so fast, in one moment we were shooting in two sets at the same time fight scenes. In one set we were shooting the fight with Danny Trejo, and in the other set we were shooting the final action scene, big action sequence. We shot one scene, and Robert would yell cut and we would be running to the other set, whole the crew reset on the first set. Again Robert would be ready with Action and it was non stop. We would reset and cut and run back and forth, we did that for like 5 hours, it was crazy, it was demanding, yet a dynamic way of shooting an action film. It was an incredible experience. I am so happy to be a part of that movie it is always going to be a nice moment to remember for me.

Thanks so much Marko for this detailed insight into your early life, and for sharing your stories on Machete Kills with Robert Rodriguez. Keep reading The Action Elite and Dan’s Movie Report for additional parts of this extensive interview. Marko is currently hard at work on the 200 million dollar Alita: Battle Angel. As always keep action alive.