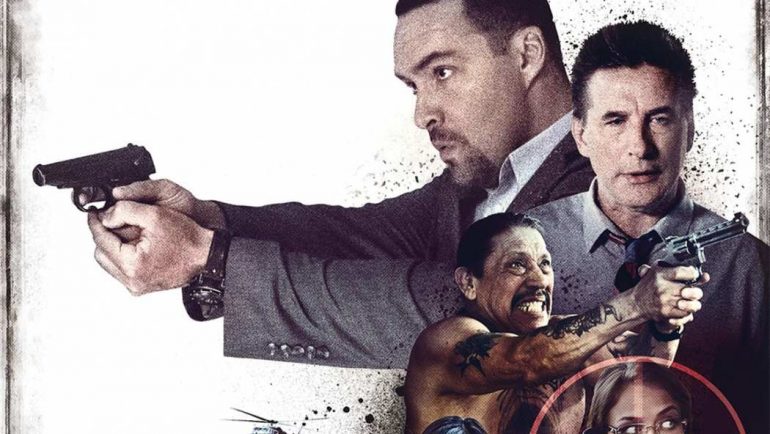 Maximum Impact is a bit of a mess with a jumbled tone and terrible script with little else to recommend it.

Review: Maximum Impact features many of the same signature B-Action movie performers we’ve come to love, a laughably unfunny script by Rush Hour’s Ross LaManna (he has no Jackie Chan or Chris Tucker to make this a bareable film) and shows once again that Andrzej Bartkowiak must be locked away from ever making a movie again (he wasn’t even a decent cinematographer to begin with). The story is all over the place, gags are forcibly rushed (I can name unfunny sitcoms that are funnier than this cluster!) and the action is minuscule yet also rushed to where you’ll forget it as you watch it.

I never ask for much of any film as it’s hard to make everything work on most levels but this yet another Expendables/Lethal Weapon type vehicle that will fail to entertain even die-hard completists of the Action genre or cast. Alex Nevsky is too busy getting his English right to project any sort of presence (something that’s been noted in his previous films) and has zero chemistry with Kelly Hu, who’s clearly game here yet adds yet another turkey to her resume.

Tom Arnold appears at the beginning in a Broken Arrow style boxing match that sets up nothing except another lifeless gag (were these all filmed in one take?) and appears at the end doing much of the same post-credits scenes he did in Andrzej’s other films.

Eric Roberts proves to be the only bright spot, most notably in a terribly unfunny cabinet meeting as he does what he always does best: be over-the-top no matter the material. Still, as many good and bad films as he has redeemed, this is a rough sit for even Roberts’ fanboys.

Bai Ling appears briefly as her usual nymph type persona, Matthias Hues is barely on-screen as Dacascos’ bad guy partner and this will even disappoint Danny Trejo fans. In addition to the insulting bait-and-switch casting and lack of anything to occupy one’s attention spans, this film doesn’t seem to know what audience it’s for; one minute its going all poor man’s Power Rangers with the fights, the next is something akin to a family slapstick film. Even an R rating couldn’t redeem this sad sack.

Avoid this and watch better recent films by the cast.