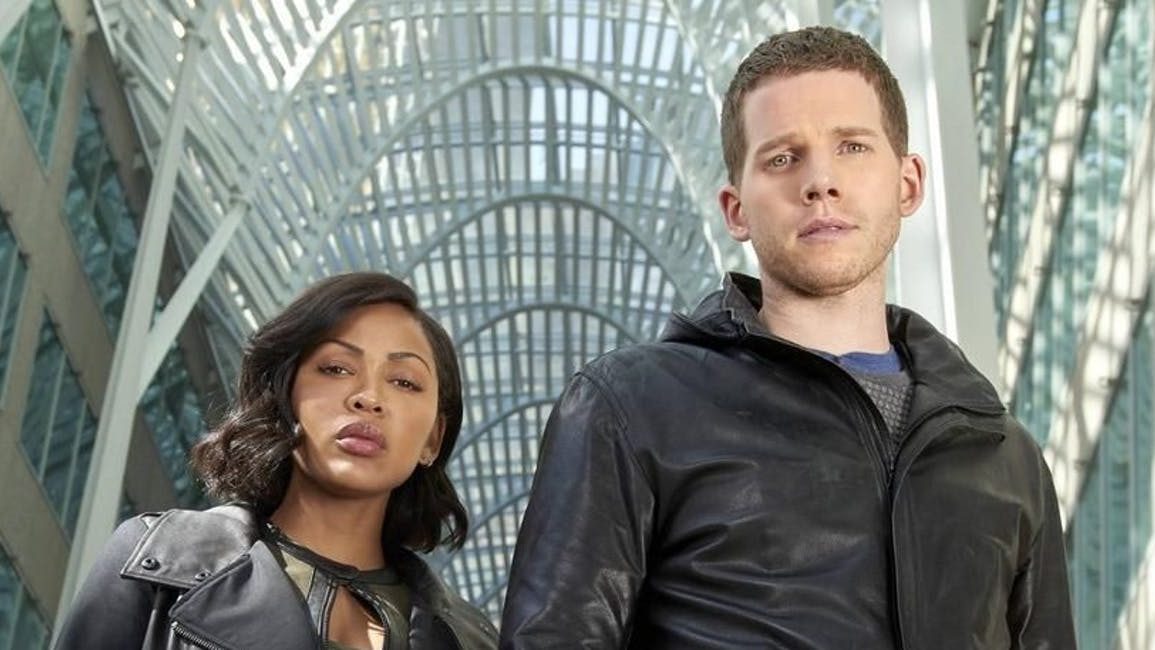 A TV continuation of the memorable blockbuster film that is undone by lack of interest in virtually every department.

Plot: In 2065 Washington, D.C., Dash (Stark Sands, Generation Kill), a Precog, has the ability to predict crimes. The Precrime Unit was dismantled in 2054, forcing law enforcement to rely on newer methods to fight crime. Before it was dismantled, Dash, his twin brother Arthur (Nick Zano, Catch Me If You Can), and their foster sister Agatha (Laura Regan, Unbreakable) were part of the program that gave them their unique gifts. Now, Dash is using his ability to assist Detective Lara Vega (Megan Good, LUV) in preventing crimes, and at the same time trying to keep his gift from being revealed, as there are those who want to obtain the Precogs at any cost, and use their abilities once more.

Review: Despite having the visual effects department working overtime and even featuring the final scene from the 2002 movie it’s based on in the intro, everything about this felt way off. I will confess to being a fan of the supporting actors Wilmer Valderrama (That ‘70s Show), Reed Diamond (Bones) and Li Jun Li (Damages) but they weren’t able to carry these by-the-numbers scripts. Lasting at 10 episodes, it was anything but a good idea. I don’t know who the writers are and I don’t care because they should be ashamed for not bothering to take risks with what was an edgy formula. There are so many topics like free will and abuse of technology used for murders and crime-solving so why not make better use of that?

It so often feels like everyone was too concerned with getting everything done, let alone affording the visual effects and cast, while using barely a first draft of all the teleplays. And as a result, we get barely any shots of the visuals, undeveloped roles and extremely limited action as well which causes zero interest to be had in whatever mystery of the week is afoot. Watching the mysteries unfold really was like watching paint dry because there was no interest in the build-up so it was impossible to care about any actual resolution. I guess if you want a show closer to the Tom Cruise movie version that’s actually addicting and good, then stick with Person of Interest.